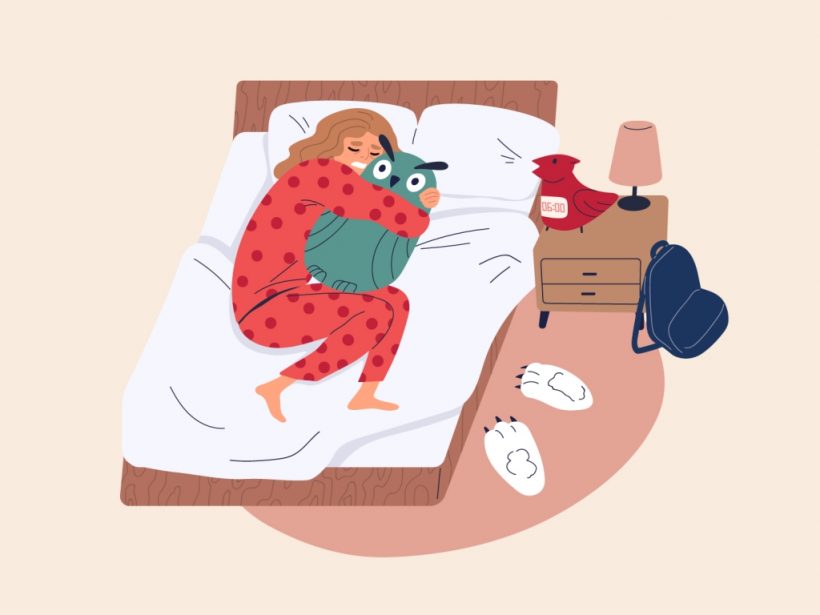 One of my favorite parts about summer break is the laziness and lack of structure. Some days, my kids are practically up with the sun, while other days it’s nearly lunchtime before I see signs of life. At 17, 14, 13, and 10, they’re old enough to not rely solely on me for meals and snacks, so they eat when they’re hungry. And I no longer have to put them to bed, so they just go to sleep whenever. Usually it’s a fairly reasonable hour, but sometimes it’s not, and even the most “reasonable” summer bedtime is far later than bedtime during the school year.

Summer break is a chance for me to temporarily let go of a few of my usual obligations, and micromanage my kids less — and as a working mom, I appreciate the reprieve. I don’t care if they get dressed; more pajamas mean less laundry. When the general public isn’t seeing them, I don’t worry so much about the length and cleanliness of their fingernails or whether they brush their hair. Stepping back is blissful.

But like all good things, summer break eventually comes to an end, and the school year is once again upon us. As a parent who enjoys bare-minimum momming all summer, I have (unfortunately) learned firsthand that an abrupt switch from carefree summer days to a regimented school schedule is, in fact, a terrible idea. As much as I’d love to milk the last couple weeks of summer freedom, I have to begrudgingly admit that we are all better off when I start implementing a routine long before the first day of school. Or at least, long enough for us to begin to reacquaint ourselves with the buzzkill known as “a schedule.” 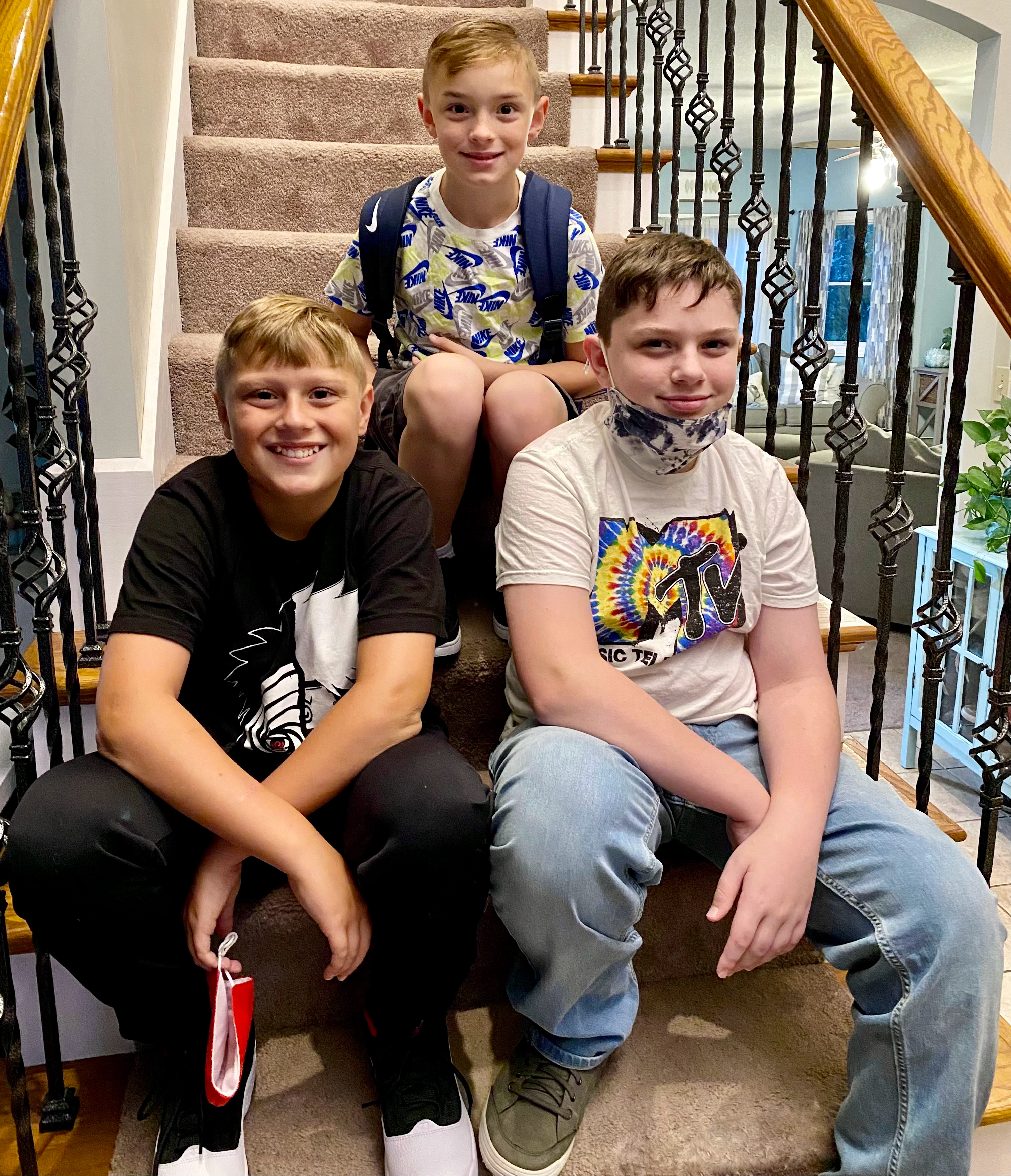 So with over a decade of summer-to-fall experience under my belt, these are the best tips I’ve learned for getting kids back into the school-year groove as smoothly and successfully as possible.

Don’t hate me for saying this, but I’ve found that the best way to transition into a back-to-school routine is to do just that: transition. And the longer you give yourself to do it, the better. You can’t go from a late bedtime to an early one at the drop of a hat and expect it to miraculously work out (spoiler alert — it doesn’t). As much as it hurts, tweaking the sleep schedule is the first thing I do, starting a few weeks to a month before the first day of school. It isn’t a big switch at first, but rather an easing into the process. I even give them fair warning first: “Starting next week, we’re going to get back on our bedtime schedule.” Because if there’s one universal truth about kids, it’s that they don’t like bedtime sprung on them, whether they’re toddlers or teenagers.

I start with a baseline summer bedtime — this will depend on how old your children are, obviously — and move toward the school year bedtime in 15 to 30-minute increments. So if my kids’ baseline bedtime is 11 pm, and I want them to be in bed by 9:30 on school nights, I bump it up every couple of days; first 10:45, then 10:30, then 10:15, and so on. Those gradual 15-minute transitions are optimal, but if you’re running low on time before school starts, 30-minute increments work too (or do the 15-minute increments daily rather than spacing them out). The same premise works with wake-up time, too: just gradually wake them up earlier. Ideally, you’ll do all this in time to give them about a week of waking up and going to bed consistently at their target school-year time. But we all know how often things actually work according to plan, so just do your best. They’ll adjust eventually.

Turn off screens before bedtime.

Ugh, I know — try to pry a phone or tablet out of a tween or teen’s hands and they’ll act like it’s the most inhumane form of torture. But as long as they have access to a screen, they’ll find something to hold their attention and keep them from going to sleep, which will make an earlier wakeup that much more difficult.

Lynelle Schneeburg, Psy.D., Director of the Behavioral Sleep Medicine Program at Connecticut Children’s Specialty Group, says that kids and adults alike use “sleep crutches” to help them fall asleep: certain objects or behaviors that we use to signify to our brains that it’s time to go to sleep. This is totally fine, but a screen isn’t a great sleep crutch. “[A]llow your child to read, look at a picture book, draw, or play quietly with a small, safe toy in bed by the light of a soft bedside lamp until they are drowsy enough to fall asleep independently,” Dr. Schneeburg advises.

Additionally, a 2020 study found that using a cell phone for 30 minutes or more after the lights are off (and also keeping it near your pillow) are associated with poor sleep quality. And we all know that the better they sleep, the less grumpy they are in the mornings.

Get them used to doing things the night before.

A little preparation the night before can make a huge difference the next morning. Who hasn’t experienced those harried, frantic moments when you’re running behind, there are no clean socks to be found, and someone can’t locate their shoes? Getting them in the habit of preparing something — anything! — the night before can carry over into the school year and make those minutes before school go a lot more smoothly. Have them start putting out their clothes for the next day, or even choosing what they’re going to have for breakfast, before they go to bed. Yes, reminding them does take a little more work on your part … but doing it now is vastly preferable to struggling in the mornings when you’re just trying to get everyone out the door.

And as for that magic number of three weeks to form a habit that you hear about everywhere? It’s hooey, so don’t worry about it. A study in the European Journal of Social Psychology found that a habit can be formed in as little as 18 days.

Do some trial runs.

If you really want to be extra, do a few days or a week of “trial runs” for getting ready in the mornings. Think of it like a dress rehearsal for a play; it just gives a little “oomph” to solidify the routine that’s already in place. Determine how long transit to school takes place, and then have your kids practice getting ready by that time. This is valuable because it lets you determine which part of the process might take longer, so you can tweak the schedule accordingly. After all, the first day of school is not the time to find out that one of your kids struggles with their new school shoes or takes an exceptionally long time to brush their teeth.

Nip anxieties in the bud.

The younger your kids are, the easier this one is — because older kids will just tell you they “hate school and it sucks”, without expanding upon why. (Teenagers are so fun!) Regardless of their age, though, if your child is apprehensive about some aspect of the upcoming school year, they’re going to drag their feet. Before school, do your best to let them know what to expect: how they’re getting to school and when they’ll be picked up, what their daily schedule will look like, etc. Go to the boring open house and view their classroom — and where the bathrooms, locker, and cafeteria are, especially if it’s a new school or their classroom is in a different wing or hallway. The more confident they are about their ability to navigate a new situation, the better prepared they’ll feel, and that will translate into much less hesitation when it counts (like when you’re trying to drag them out of the house in the mornings).

Listen, nailing a back-to-school routine is an imperfect science for even the most put-together parents (which is decidedly not me). Don’t beat yourself up if you don’t get to every single step in a reasonable amount of time, or if you find yourself still struggling in the mornings for a while. But as I’ve learned in year after year of getting kids ready for school, consistency — and a whole lot of patience — will pay off … and spare at least some of your sanity in the process.