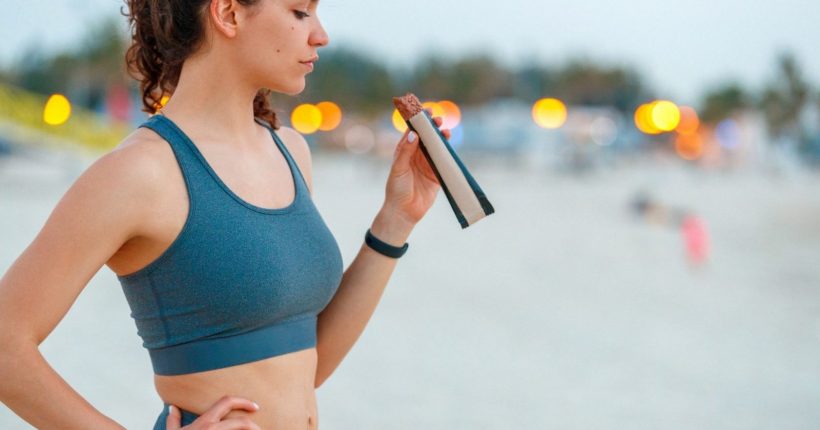 Have you ever wondered why you’re not ravenous immediately after a run? Or why all feelings of hunger disappear when you’re on the move? We’ve been exploring why intuitive eating doesn’t really work for runners and why you need to refuel even if you’re not hungry.

In a bid to move away from restrictive diets, intuitive eating has gained popularity in recent years. Its premise is simple: eat what your body wants, when it wants it. By listening to your body’s cues, you end up fuelling better and freeing yourself from food guilt. While intuitive eating may work for some, however, it’s not necessarily the best tool for runners. That’s because running can dampen our hunger signals.

As a long-time runner and fitness editor, you’d think that I’d have my fuelling regime nailed. But I almost always run during the week on an empty stomach, don’t consume anything when running 20km and can go hours after long runs without eating. I’m a pretty hungry person most of the time, but when I run, eating is the very last thing I want to do.

That’s because as we run, blood flows away from the stomach to our legs and the muscles responsible for moving us forward. The result? Sluggish digestion and muted hunger pangs. It’s a subject that Cortney Berling, a dietitian committed to “helping runners hit new PBs”, has been chatting about on Instagram.

She says that intuitive eating for runners may include not listening to your body. “This is because honouring your hunger and feeling your fullness are only two principles within the 10-principle framework,” she writes.

What is intuitive eating?

According to the British Heart Foundation, the 10 principles of intuitive eating include:

Now, some of those principals might seem a bit like diet culture 2.0. Telling people to really feel their hunger and go for healthy foods only when you feel hungry seems quite restrictive. And that’s why Berling recommends people look at the principles as a whole, rather than in isolation. Put together, it’s all about eating to fuel your body so that you feel satisfied, energised and free from disordered habits.

When we run, however, fuelling to satisfaction isn’t really a realistic goal, particularly if you’re stuck in a fasted cardio trap. In the past, I’ve struggled with going for a fasted 10k at 7am and holding off to eat until lunchtime, believing that an extended fast would make me a more efficient runner. Hunger cues are easily ignored if fasting or inflammation is in play.

Studies have shown that aerobic exercises like running, cycling and swimming can decrease appetite by changing the levels of ghrelin and leptin. One researcher went a step further to see if he could work out why his regular 45-minute runs always left him less hungry. He believed that an increase in body heat may signal to the brain that appetite needs to go down, in a similar way to when you eat something spicy.

Capsaicin, the chemical that gives chilli peppers their spice, has been shown to decrease appetite by increasing body temperature, so he wanted to see whether the increased heat caused by exercise might stimulate neurons in the hypothalamus (the portion of the brain responsible for metabolism). And his research confirmed that he was bang on the money.

So, that lack of hunger isn’t your stomach telling you it’s satisfied; it’s the heat you’ve generated during your run making it harder for your brain to compute cues. If you were to intuitively eat, you could well go for hours post-run not eating, only to crash hard and delay the recovery process.

Instead, you want to make sure that you have something easily digestible available to have after your shower or bath. Try a smoothie with fruits, vegetables (think banana, avocado and berries), nut butter and a scoop of protein powder.

I’ve started keeping packs of Marmite biscuits and nuts around for a salty snack straight after, topping up my sodium, carb and fat reserves, before I set about making something more substantial.

Ultimately, we all have different systems and what works for each runner will be different, but it is important to be aware of the fact that sometimes we need to have a nutrition plan of action in place for when our bodies are too busy cooling down to tell us we’re hungry. And unless we’re fasting for religious reasons, post-run fasting probably isn’t doing us many favours.

For more running nutrition, check out the rest of the Strong Women Training Club library.