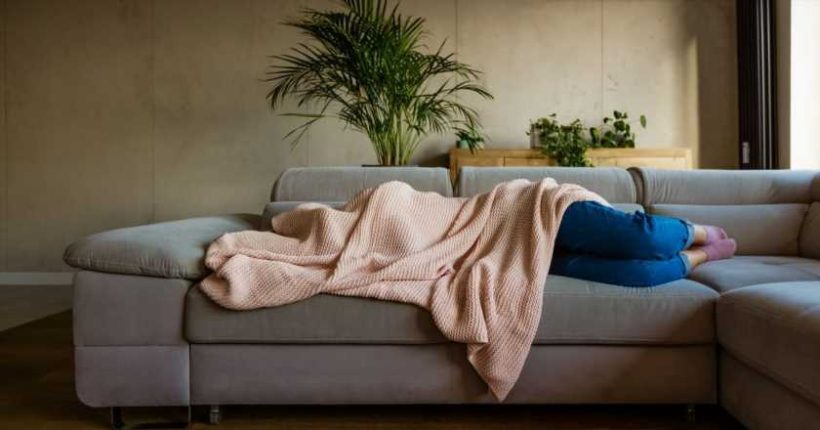 Feel like your hangovers are getting worse as you get older? Some experts suggest it might be because of the way you think, rather than your age.

The distribution of hangovers is possibly one of life’s least fair lotteries. Some of us can go about drinking for hours, wake up the next morning and head out for a breezy run. Others only have to look at a bottle of fizz to feel like their head’s been trapped in a vice.

The question is: why do some people always seem to suffer from horrible hangovers and not others? Well, booze consumption aside, there may be a psychological explanation.

Writing in The Conversation, Craig Gunn, lecturer in psychological science at the University of Bristol, suggests that personality type may dictate how severe your hangover is. He points to research that’s found anxiety, depression and stress to be linked with more severe hangovers.

Hangover food isn’t a cure, but it can help. Here are 3 recipes to try on the weekend

“Each of these moods are associated with a ‘negative bias’ – a tendency to interpret the world more negatively,” he explains, before pointing out the findings of his own research on the topic.

University of Bristol researchers have found that hangovers also tend to make people interpret the world more negatively. “As a result, hangovers may exacerbate this negative bias, leading some people to feel worse than others,” Gunn concludes.

Now, perhaps that doesn’t strike you as being too unsurprising. After all, there’s nothing like feeling on the verge of vomming for eight hours to make you feel slightly down. But what is interesting is that, according to a 2009 study published in the Journal of American College Health, extroverts are thought to be more at risk of binge drinking (at all those parties, presumably) but not of bad hangovers.

And that’s despite evidence that suggests the more frequently you drink heavily, the more severe your hangovers are going to be.

All of that has led Gunn to suggest that the best way to cope with a hangover may be to modify how we think of pain and discomfort. He points to research that shows people with high scores of pain catastophising report more severe hangovers, suggesting that the more you focus on feeling awful, the more awful you’ll feel. It’s a proper chicken and egg situation: to avoid feeling awful, you’ve got to try to avoid focusing on feeling awful… which would be easier if you didn’t feel awful.

Perhaps your best bet is to either suffer in pain collectively with your family, friends or housemates (there is something comforting in sharing your misery with others who look and feel even worse than you) or actually do something. That might be walking to your nearest cafe for emergency carbs and coffee, booking a gentle swim or cleaning your flat which, no doubt, is covered in empty bottles and glasses.

*Insert usual, unhelpful statement about not drinking so much in the first place*