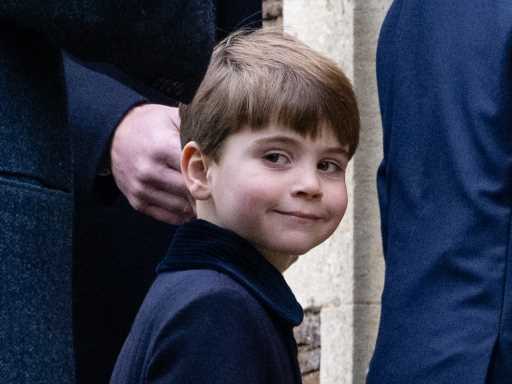 Little Prince Louis is back on his bullsh*t, and we can’t help but cackle at his hilarious behavior. The 4-year-old gave mom Kate Middleton the gift of mischief this Christmas during the royal family’s annual holiday stroll, proving once again that his personality is just a little more ornery than his royal brother’s or sister’s.

Holding the Princess of Wales’ hand as she greeted well-wishers outside St. Mary Magdelene’s church, the young prince tugged on his mom’s arm, attempting to drag her away from conversation as all bored children do — see the chortle-inducing photos HERE.

His holiday antics follow similar chuckle-worthy behavior during Queen Elizabeth II‘s Platinum Jubilee in June. During the Trooping of the Colour ceremony while sitting on Buckingham Palace’s famous balcony, little Louis made a variety of silly faces, then naughtily — and totally hilariously — put his hand over Kate’s mouth as she attempted to admonish him.

Making light of his ornery (and entirely age-appropriate) behavior, Prince William and Kate shared an Instagram post with photos from the day’s celebrations, aptly captioned, “We all had an incredible time, especially Louis… 👀.” A fan hit the nail on the head in their assessment of the young prince, writing, “All 4-year-olds are equal even little Princes 😂.”

The royal family could use a bit of comedic relief these days, and as naughty as his behavior is, Prince Louis sure is providing some much-needed levity to the family’s turbulent dynamic at the moment — especially as they navigate their first holiday season without their beloved matriarch.

These relatable moments show that Kate Middleton may be a royal mom — but she’s a regular mom too. 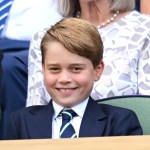