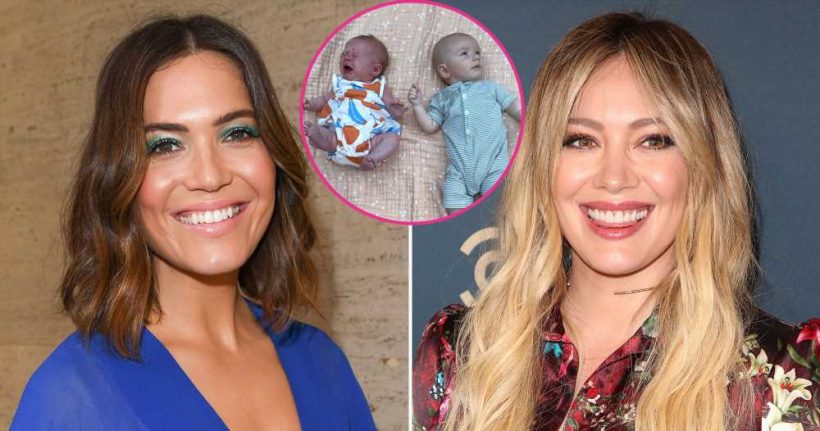 “When August met Mae: a love story for the ages,” the This Is Us star, 37, captioned an Instagram photo of the babies side by side on a blanket. Duff’s daughter cried, while Moore’s baby boy looked off into the distance. 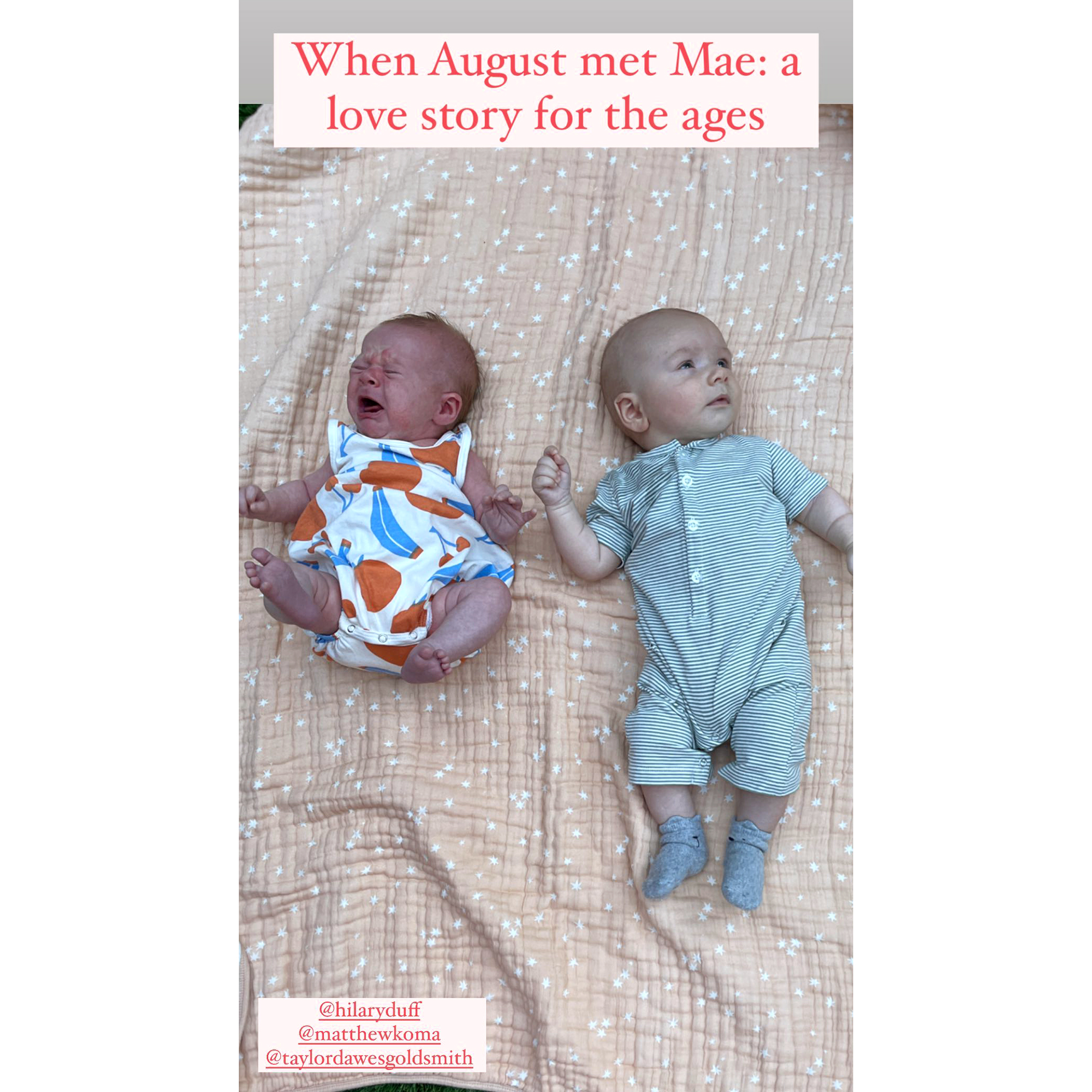 The Younger star, 33, reposted the sweet shot, writing, “On the lookout for a winter fall friend.”

As for Gus, the infant is Moore and husband Taylor Goldsmith’s first child. The couple announced his arrival in a February Instagram post, reading, “Gus is here. Our sweet boy, August Harrison Goldsmith. He was punctual and arrived right on his due date, much to the delight of his parents. We were prepared to fall in love in all sorts of brand new ways, but it goes beyond anything we could have ever imagined. M + T.”

The New Hampshire native described her “harrowing” birth the following month in an “Informed Pregnancy Podcast” episode. “It was crazy,” the new mom told host Dr. Elliot Berlin at the time. “The OB was just literally like, ‘OK, show’s over.’ Seven people walked in and he’s like, ‘So this is a vacuum and I’m going to attach this to the top of his head. And when I tell you to push, I want you to push harder than you ever have. And I’m going to pull at the same time and your baby’s going to come out.’ And I was just like, ‘What?’ It all happened so quickly. One second, everything was fine. Then the next second, it was like, this is happening. And literally, I pushed harder than I had. And it went from no baby to a full body out in seconds.” 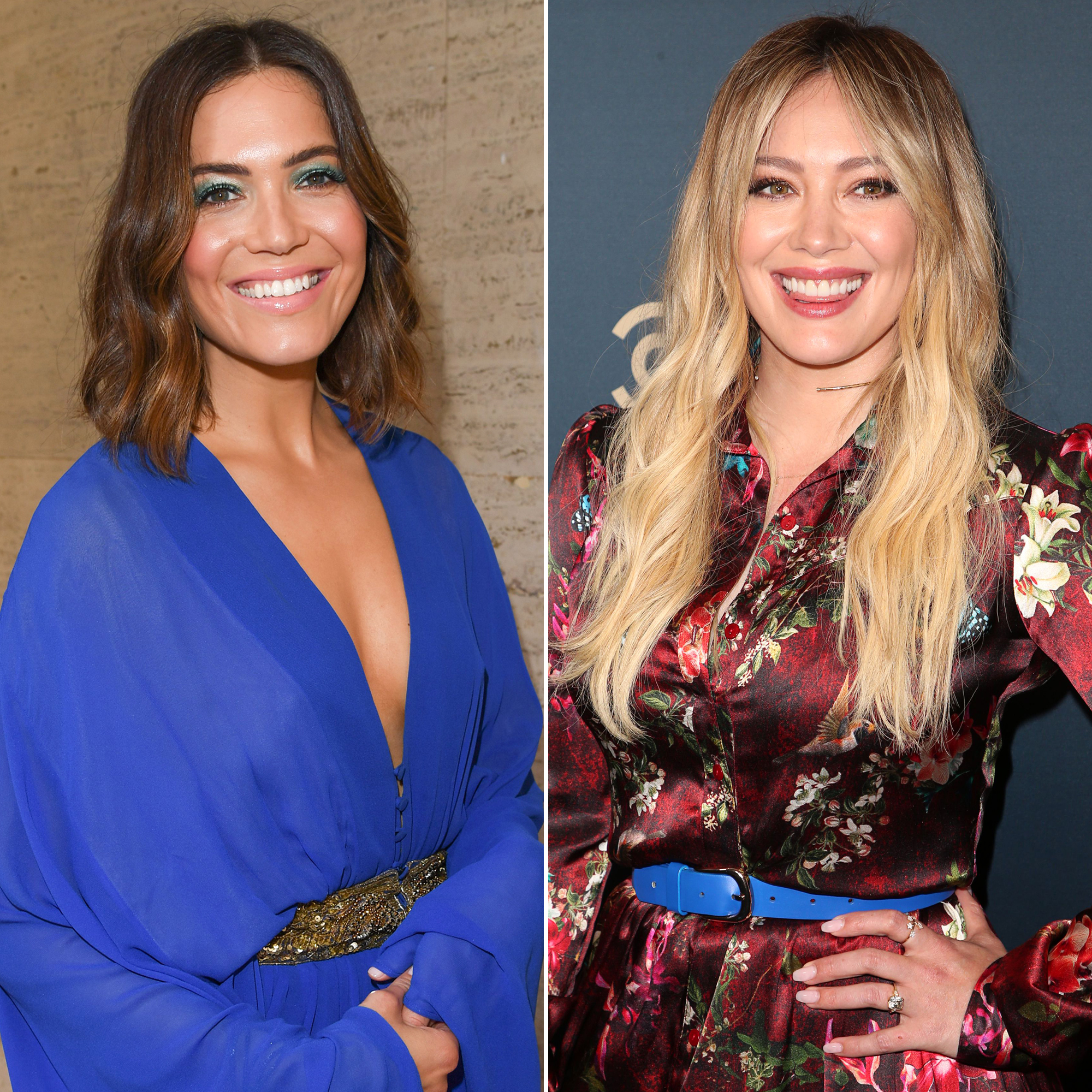 The actress, who wed Goldsmith, 35, in November 2018, also gushed about how “lucky” she was to have had a relatively easy breast-feeding journey.

“If anything, [oversupply has] been something that I’ve been dealing with, but I’m sure it will regulate itself and be fine down the road,” Moore explained in the March interview. “I have a lot of milk, so his feedings are not super long. He gets plenty in eight to 10 minutes. Sometimes he doesn’t get to go to the other side during a feeding because he gets plenty of milk. But yeah, it hasn’t been a huge issue.”

The following month, the “When I Wasn’t Watching” singer told her social media followers that she was struggling with a clogged duct, documenting the process on her Instagram Story. “Definitely doing football holds and exclusively nursing on the one impacted side, lecithin, massage, hot epsom salt baths, etc,” she wrote in April. “I have a suspicion it’s from being back at work and pumping more often than having him on the boob during the day. ALL good!”