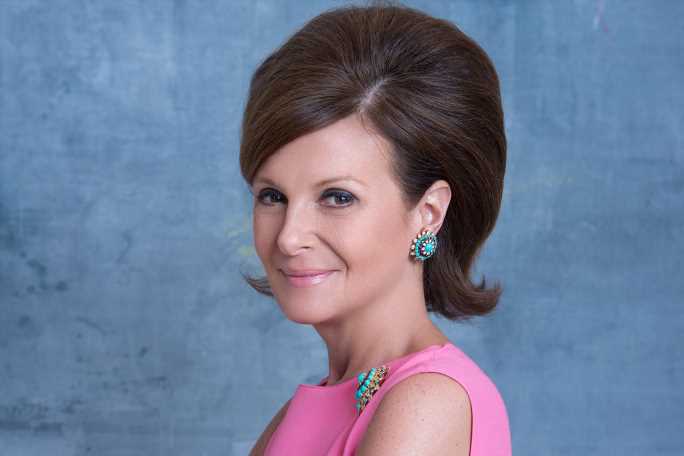 Laura Slatkin
Founder and executive chairman, Nest Fragrances
Being named "game changer" is a fitting honor for Laura Slatkin, who has been shaking up the status quo throughout her entire career. “I’m tremendously honored,” Slatkin said during a recent interview in her elegant — and well-scented — Upper East Side home. “It’s like the Oscars.”
Slatkin spent 13 years in finance, before launching Slatkin & Co. in 1992 with her husband, Harry. The company pioneered the idea of luxury scented candles, and in 2005, the Slatkins sold it to Limited Brands. “When we started, home fragrance wasn’t part of anyone’s lifestyle — I didn’t even know what a scented candle was,” Slatkin said. “When we were building Slatkin & Co., we weren’t only building a company, but carving out a field at the same time. It was a challenge.”
In 2008, Slatkin got back into the game with Nest Fragrances, a brand today credited with helping build candles into a $2.4 billion business. She expanded Nest’s footprint into fine fragrances in 2013 but did it with her own unique flair. Rather than hire a fragrance house to craft the scents first, she commissioned floral artwork inspired by the work of 18th-century botanical artist Mary Delany. Then, perfumers went to work to translate the art into fragrances. The Nest Fine Fragrance collection struck a chord with Sephora executives. The collection of eight eaux de parfum is now regularly ranked between seven and nine among approximately 125 nationally advertised brands at Sephora.
Now, the vision is to scent every aspect of people’s lives — even cars. (The brand has a diffuser is in the works.) “We want fragrance to explode in your shower. We want your car to smell wonderful, we want your house to smell wonderful. We want to bring fragrance everywhere you go,” she said.
Candles account for about 70 percent of Nest’s sales, but other categories are heating up and expected to help double company sales during the next three years. Slatkin declined to comment on figures, but industry sources estimate the company produces sales in excess of $90 million. Helping to fuel the growth is a $70 million majority investment from Eurazeo Brands in 2017.
The expansion plan is already in action. Nest launched a Lifestyle Bodycare Collection earlier this year, including water-activated foaming cleansing towelettes, body wash, body mists and more; it recently rolled out to about 455 Ulta Beauty doors. “This is different than fine fragrance,” Slatkin said. “If I’m going to work, I wear a fine fragrance; on the weekend when I play tennis, I might use a body mist.”
Moving forward Nest plans a “smart” home diffuser that can be activated from an app. Digital is growing for Nest, even in a category where sniffing is key. “Our online is up about 144 percent,” said Slatkin, who says accessibly priced rollerballs and Discovery Sets have spurred trial.
As much as Slatkin has changed the conversation around home fragrances, she has also done the same around a much more personal cause: autism. “When our son was diagnosed 18 years ago, nobody was talking about it,” she said. “I had no idea what autism really was. I bought a bunch of books and read about all of the things that could happen. I cried myself to sleep. The next morning Harry said, ‘That’s not going to do anybody any good.’ So, we rolled up our sleeves and started Next for autism.”
Since then, the Slatkins have worked with the City of New York to open two schools, one in Harlem, the other in the Bronx; they’ve also partnered with New York Presbyterian Hospital and Weill Cornell Medical College to form the Center for Autism and the Developing Brain. Now, the couple is focused on creating options for adults with autism.
“If one out of 59 individuals are being diagnosed with autism, we want to see one out of 59 in our workplaces — working at movie theaters and supermarkets,” Slatkin said.
Whether fragrances or advocating for those with autism, Slatkin truly is a game changer.
Source: Read Full Article