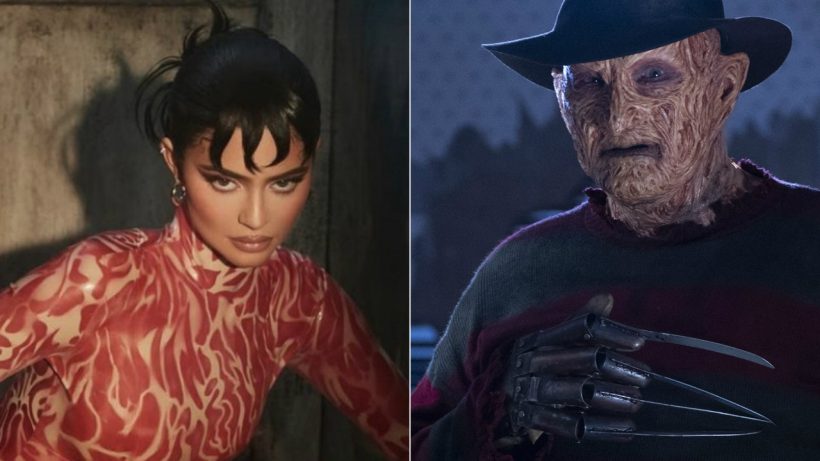 When you think of glamorous 1980s movie characters that have earned beauty-icon status, you may think of Lisa from Weird Science, Elvira Hancock from Scarface, or any of the Witches of Eastwick. Freddy Krueger from A Nightmare on Elm Street? Not so much. But leave it to Kylie Jenner to see the horror villain through fresh, fully lined eyes.

On Tuesday, October 5, Jenner posted a stunning photo to Instagram in which she's wearing a catsuit made to resemble Freddy Krueger's burn-scarred skin. Her pulled-back hair culminates in sleek bangs separated into four sculpted pieces. And of course, her manicure is made up of super long, metallic silver, pointy nails that recall Freddy's signature knife-finger glove.

It would be understandable if Jenner was just getting off to an early start on Halloween costumes — the Kardashian-Jenner clan is known for going full-throttle on the holiday — but the photo is actually a promo shot for a new Kylie Cosmetics collaboration with A Nightmare on Elm Street. In her Instagram Stories, Jenner revealed all of the products in the collection accompanied by a sufficiently creepy soundtrack.

First up is a Lip Lacquer Trio in tubes that look blood-splattered. She swatches the nude-pink Only a Dream, peachy-red Elm Street, and mauve-brick Never Sleep Again shades on her arm to show off their rich, glossy color. Next is the Pressed Powder Palette, which contains 12 pans of matte and shimmery neutral and red-toned eye-shadow shades, not to mention a dark teal shade called Gonna Get You. 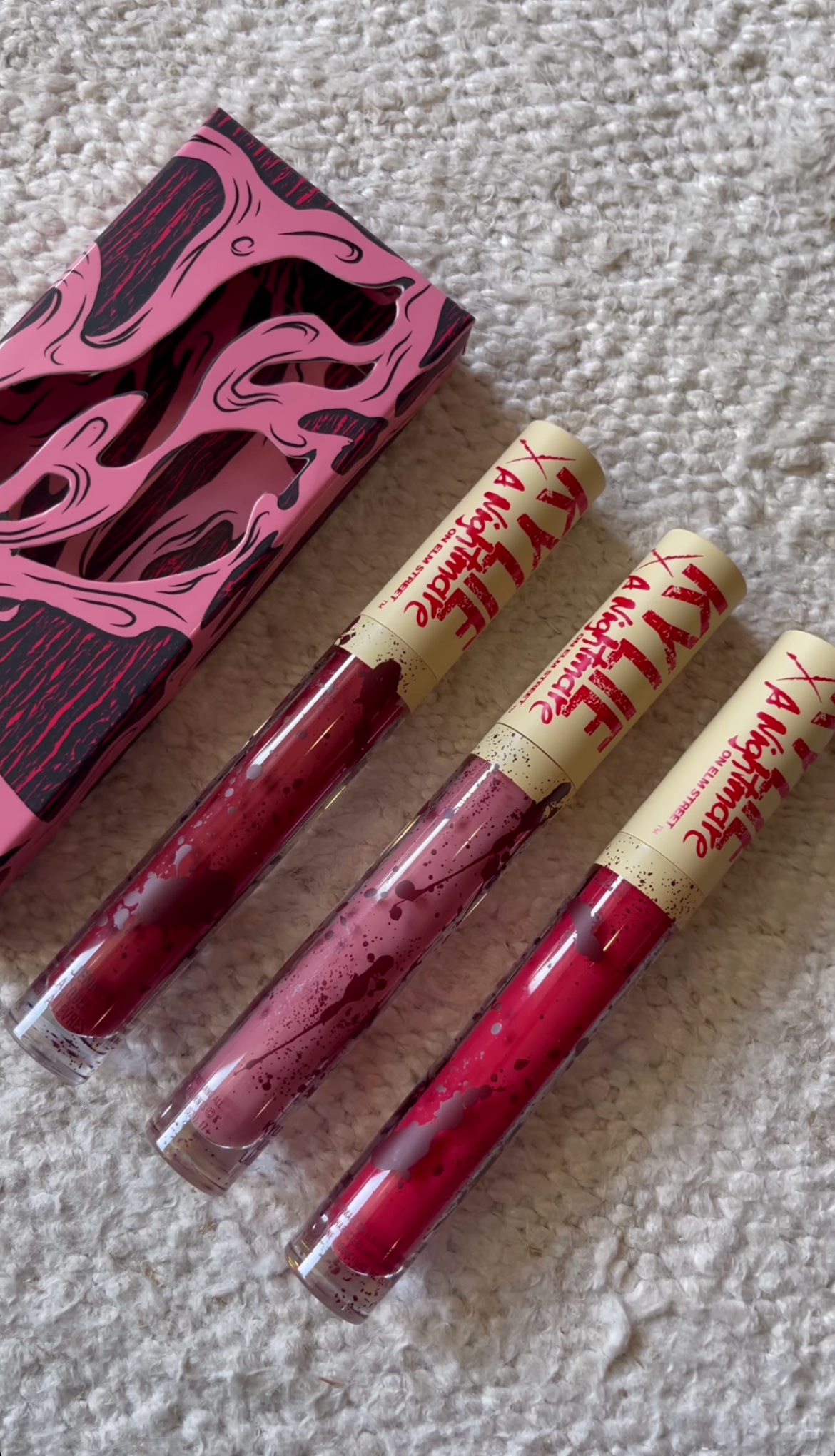 Kylie also shows off the false lashes in the collection. "I love pre-cut lashes, so I wanted to do these pre-cut lashes for you guys," Jenner says in the clip. "They're so soft. They look so pretty on the eye, and I just love being able to customize my own lash." 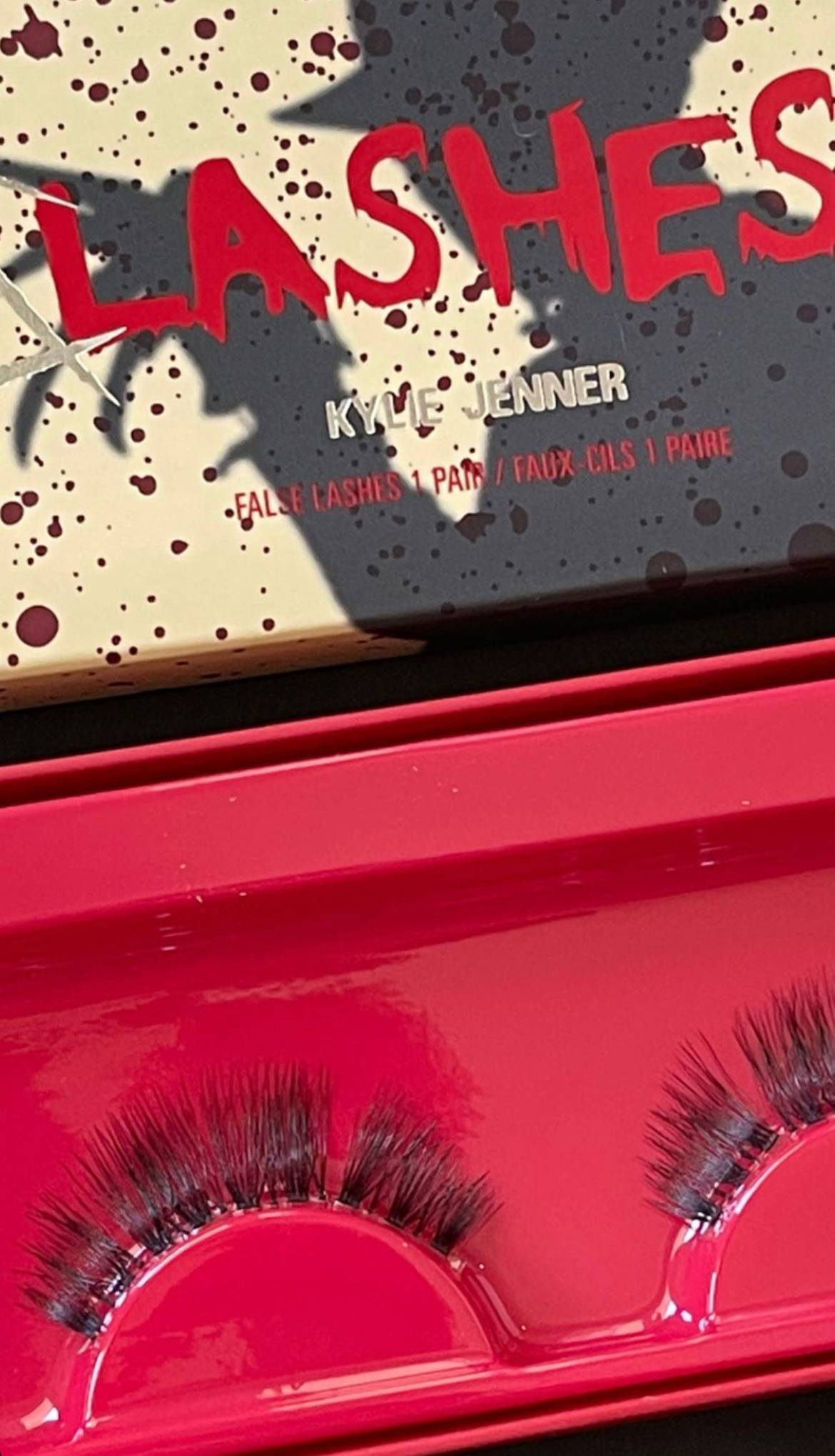 And finally, there's the Lip and Cheek Jelly Stain, which Jenner says is a brand-new formula. "It has a really cool texture," she says, adding that it gives a light, pretty wash of color. 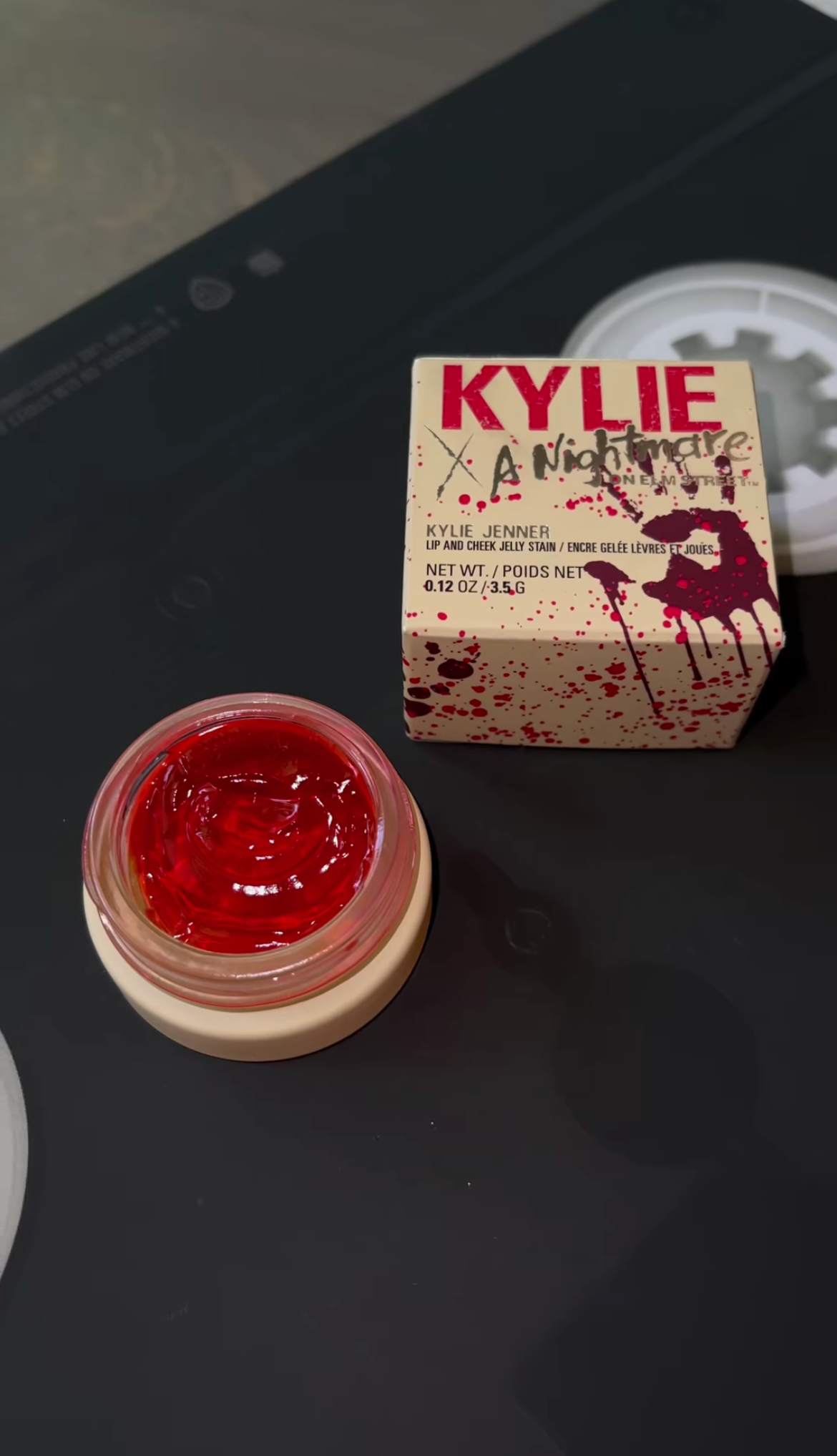 The Kylie x A Nightmare on Elm Street collection launches on October 12. Jenner's new launches tend to sell out quickly, but with millions of Freddy fans in the queue, there's no doubt that this will fly off kyliecosmetics.com shelves especially fast, so definitely don't sleep on it.