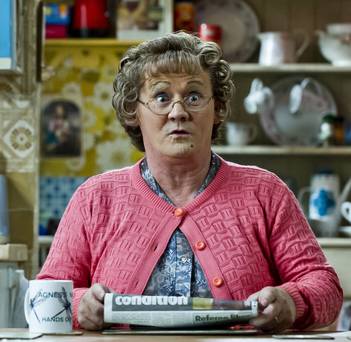 Irish motherhood has never been a laughing matter. Of all groups in Irish society, mothers have been most adversely affected by the laws of the land in cruel and complex ways.

In many cases their bodies and spirits were broken by legal restrictions and the social pressure that accompanied those restrictions.

Not one of the rights that Irish mothers have gained over the past 50 years was handed to them.

Everything, every single thing, had to be fought for, from the right to access contraception to the right for their children not to be defined in law as illegitimate to the right to have the most compassionate and safe treatment for miscarriage. This struggle continues to the present day in the workplace, in the home and in the courts.

We owe a great debt to the generation of women who came of age in the 1960s, ’70s and ’80s in particular. This is the generation who pushed for better maternity leave, lone parents’ allowance, equal pay, the recognition of marital rape, services and protections for rape victims and domestic violence victims.

Some of this generation had their children taken from them by coercion. Others suffered through pregnancies that were detrimental to their health and well-being. With little help or recognition, Irish mothers bore the brunt of poverty, disability and alcoholism in the family, mental health problems and emigration.

And how do we repay them? We dredge up a manufactured caricature of a simple-minded, ageing biddy in dowdy clothes and put this figure centre stage. This is you, we tell them, this is how we see you. Isn’t it hilarious?

The Irish Mammy trope may be sold as an expression of affection or some kind of tribute to our beloved mothers, but don’t be taken in. The stereotype is a regressive figment of our collective imagination and a denial of everything Irish women have achieved in the past 50 years. How easy it would have been for De Valera, McQuaid and their cronies if Irish women really were like this. And what does it say about modern Ireland that this trope is more popular now than ever?

The list of things an Irish Mammy would never do is long: have a political opinion, pursue a career, fight for rights of any kind, start a business, go to an exhibition, be computer literate, do something creative, play sport competitively. Anything that represents agency as a citizen is renounced by this harmless woman who is rendered irrelevant and laughable in the eyes of people living ‘real lives’.

A well-meaning bore, her main concerns are the weather, sandwiches and washing clothes. She is an empty nester, still badgering her adult children to wear a scarf on a cold day. The Irish Mammy relies heavily on stock phrases and loves a bit of gossip. She is harmless and foolish and cannot be patronised enough. Hilariously, she even speaks through books and social media accounts where she doles out unasked-for advice to her children and makes trite observations.

Occasionally, one of her number will be cunning enough to have her own television show or comedy sketch (played by a man, obvs) but most Mammies are fated to languish in the provinces and suburbs guarding the good biscuits and waiting for a chance to hang out the clothes between showers.

Happy as long as she can watch her favourite soaps, the Irish Mammy doesn’t seem to mind that her identity has been reduced to one thing and that she is being ridiculed for how she lives that role. Accustomed to putting others first, her catchphrase is “don’t mind me”.

It is revealing that there is no equivalent stereotype for the Irish Daddy being mined for amusement these days. Irish literature has a long tradition of unsympathetic fathers, from John McGahern’s tyrannical patriarchs to Frank McCourt’s “shiftless, loquacious alcoholic father” who drives the family to ruin. But fiction is the realm of unhappy families so model parents tend not to feature.

The clueless dad as a figure of fun has made an appearance in advertising in recent years but he is not specifically an Irish character and does not have the job of representing a generation or selling tea towels.

The Irish rogue, the Irish drunk and the dangerous, ‘fighting Irish’ type, still seen in American films, are all male but obviously past their sell-by date. Apart from professional fighters capitalising on the association as part of their brand, mainstream Irish society ignores or rejects these labels. We certainly don’t celebrate them.

The last 20 years have been marked by revelations about the appalling treatment of unmarried mothers in Ireland up to the 1980s. We are now haunted by the stories of women and girls who were abandoned by their families and the fathers of their children, and thrown at the mercy of Mother and Baby homes and Magdalene laundries. The fate of the children buried in Tuam hardly bears thinking about. Could this be the explanation for our fixation on the safe, contented Irish Mammy? Are we are trying to push away the guilt of the tormented Irish mothers of the past?

Whatever it is, I don’t want to be part of it. Irish culture is not as homogenous as it seems at first glance. We are all products of different subcultures and grow up with expectations and norms tied to that environment. In my case, the environment was suburban Dublin with a healthy dose of Connemara Gaeltacht.

My family is full of inspiring women, going back more than a century. I grew up in a three-generation household where both my mother and grandmother were full-time teachers. My maternal grandmother worked as a cook before she married, and later farmed a smallholding alone for many years while bringing up nine children. A great-grandmother on the other side was a ‘deserted wife’ who trained as a nurse in England and went on to work as matron of an old people’s home.

Aunts of mine who were stay-at-home mothers were smart and resourceful. There was nothing limited about the women in my life. Not one of them would have recognised any aspect of their character in the Irish Mammy trope. On their behalf, and on behalf of my own three daughters, I request that the Irish Mammy be dumped from the national stage once and for all.

Clare O’Dea is the author of ‘The Naked Irish: Portrait of a Nation Beyond the Clichés’, published by Red Stag/Mentor Books