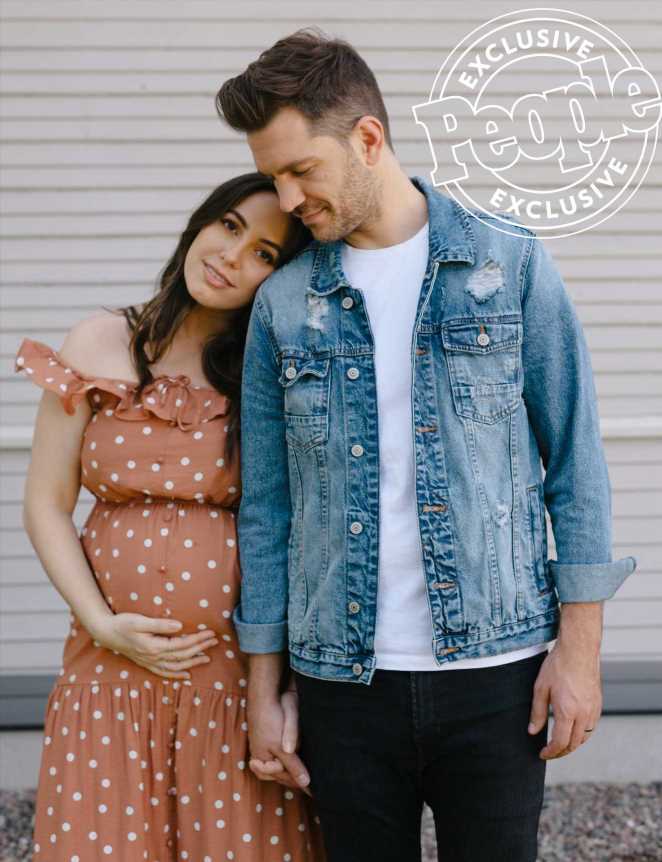 The Grammers will soon be a family of four!

Andy Grammer and his wife Aijia are expecting their second child — another baby girl — in the new year, PEOPLE confirms exclusively.

“I am so excited. There’s nothing else in life that I would want to invest in more than little girls. There’s nothing better!” says Grammer, 35. “It’s the best thing in the world to put your time into.”

Currently on tour, the “Honey, I’m Good” singer says he flies home “pretty much once a week” to spend time with his family. “Now, I get another [daughter]. I literally got the best thing again,” Grammer tells PEOPLE. “I’m so excited.”

Diagnosed with hyperemesis gravidarum (a pregnancy complication that causes severe nausea), the mom-to-be says she’s just starting to “come back to Earth.”

“The last four months were not my best season. We’ve had so much help from family and friends, and my mom lives next door,” says Aijia, who’s also a singer. “It’s been a strange thing for me to have music coming out and all these beautiful things on social media, but I’m secretly in the bathroom puking my guts out.”

Now ready to share their happy news, “It’ll be really freeing to have everyone know,” she tells PEOPLE.

Says Grammer, “[Aijia]’s pretty much been holed up in the house, unable to do much. She had a really tough first pregnancy, but at least we’ve understood it more [this time].”

While Louie is still a toddler, the couple’s firstborn is excited to become a big sister. “She’s getting it! She’ll start poking at my belly, waiting for the baby to come,” says Aijia. “She’ll be the perfect sister.”

Once the baby arrives, Grammer will be surrounded by all girls — and the star believes it was meant to be.

“Growing up, I was super jock and very rough-and-tumble. My mom used to joke and say, ‘You’re going to have all girls!’ ” he says. “My mom passed away 10 years ago, so I’m sure that she has her hand in making sure that [happened].”

Grammer and Aijia, who married in 2012, confirmed both her first pregnancy and little Louie’s birth exclusively to PEOPLE in 2017.

Months later, the then-new dad opened up about his experience in parenthood while posing alongside his adorable baby girl for a PEOPLE’s Sexiest Man Alive 2017 photo shoot.

“The word that sticks out for me, which I was not expecting … is the word responsibility. As soon as you hold your daughter, you realize it’s so special to be given that responsibility,” said Grammer.

“The world has knighted you worthy of such a thing,” he added. “My favorite responsibility that I’ve ever had in my life is to figure out how to raise a person.”

Andy Grammer Says Becoming a Dad Has “Forced” Him to “Really Look at Myself”: It’s “Heavy”

Grammer hinted that his family might be expanding sooner rather than later back in June, telling PEOPLE at the Radio Disney Music Awards that he and Aijia would “of course” like to have more kids and were “working on it.”

The “She’d Say” crooner added that he was already teaching little Louie how continual tenacity is an integral part of what life is all about.

“I’m going to try and teach her that that’s the most important part of anything — it’s the persistence,” he said. “We have it up in a room. There’s a wall of what we think is really important, and there’s a bunch of stuff on there.”

For more from Andy Grammer, pick up the latest issue of PEOPLE, on newsstands Friday.