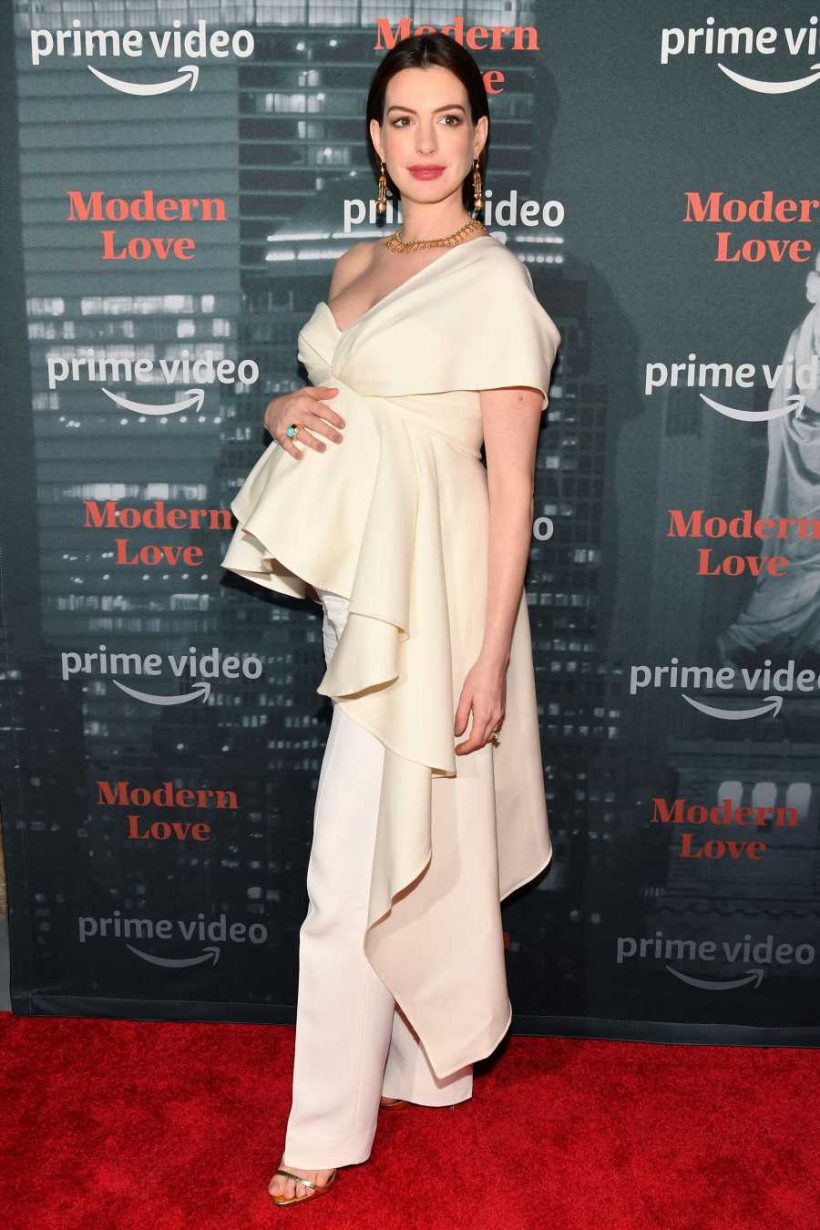 Anne Hathaway just revealed the kindest thing anyone has ever done for her — and her son is the one behind the nice act!

Speaking with PEOPLE at the premiere of her new Amazon Prime series Modern Love on Thursday, the Oscar winner said that something her three-year-old son, Jonathan Rosebanks, did for her immediately leapt to mind when asked the kindest thing anyone has ever done for her — and it’s something other mothers are sure to relate to.

She tells PEOPLE, “Oh my God, the kindest thing?! I can’t help but think my son, you know, my labor was very quick with him. That was pretty kind.”

Hopefully Hathaway’s next child — she’s currently pregnant with baby No. 2 — will be as kind as big-brother-to-be Jonathan in that regard.

The Devil Wears Prada star revealed her second pregnancy with husband Adam Shulman in July with a black-and-white mirror selfie.

On a more serious note, Hathaway added, “⁣All kidding aside, for everyone going through infertility and conception hell, please know it was not a straight line to either of my pregnancies. Sending you extra love 💕”

Just a couple of weeks later, Hathaway debuted her baby bump on the red carpet of the Broadway opening of the play Sea Wall/A Life. To the opening, the Princess Diaries star wore a custom-made fuchsia Brandon Maxwell dress topped off with metallic silver heels and a red clutch.

The designer even added a tag on the inside label that read “Anne + 1,” Hathaway shared on her Instagram a few days before the show. “@brandonmaxwell, as if it wasn’t enough you custom-made me and the bump a knockout dress, you put this tag in it. Thank you, new friend 💕” she wrote in the caption.

But despite proudly displaying her growing bump, Hathaway wants to be clear that getting pregnant was “more complicated” than just having the desire to have another child.

“[For] a lot of people who are trying to get pregnant, that’s not really the story. Or that’s one part of the story,” she told the Associated Press in July. “And the steps that lead up to that part of the story are really painful and very isolating and full of self-doubt. And I went through that.”

Hathaway added that she is “aware of the fact that when it came time to post that I was pregnant, somebody was going to feel even more isolated because of it.”

“I just wanted them to know they have a sister in me,” she continued. “Our sisterhood is amazing, and we were kept from each other for a really long time because I think we were kept from our own stories. And we get to decide where the silence lives and where it goes away.”