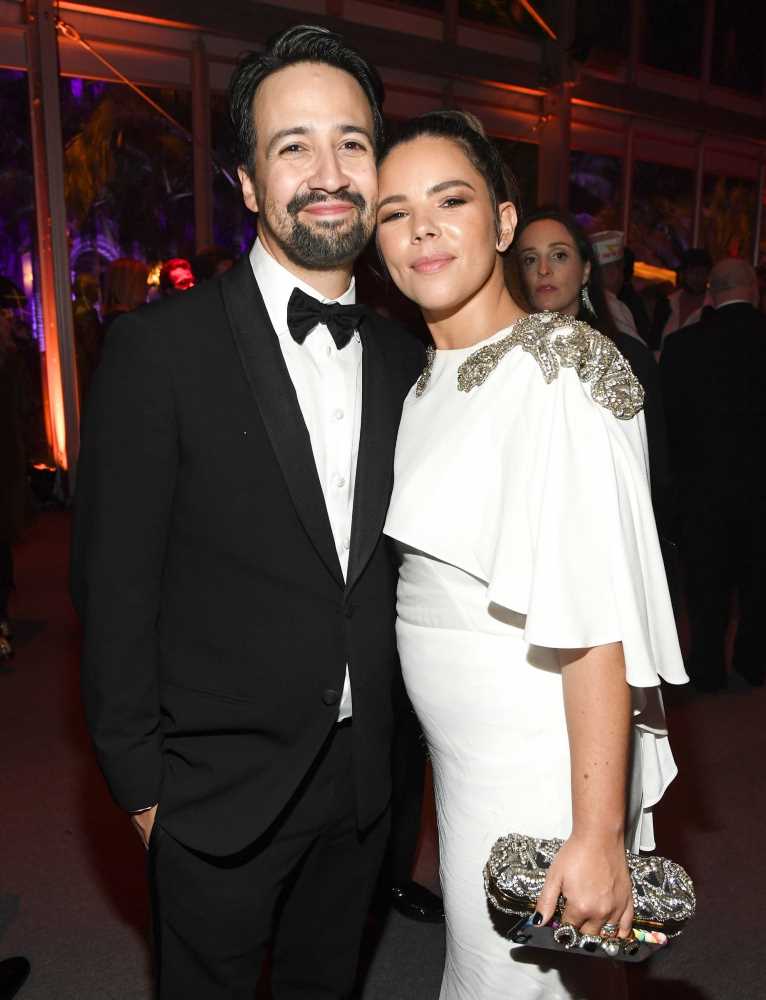 Lin-Manuel Miranda is practicing gratitude this holiday season. Well, gratitude, giving back and, like the rest of us, hand-washing.

Miranda — who is joining forces with American Express to support Small Business Saturday on Nov. 28 — spoke to PEOPLE about how his family is coping amid the COVID-19 pandemic, saying that his life "isn't different than anyone else's in this time," and includes using a mask and sanitizing constantly. "Life is as normal as 2020 can be," he says. Miranda, who shares sons Sebastian, 6, and Francesco, 2, with wife Vanessa Nadal, says that his family has certainly made changes like the rest of us in the past eight months, admitting, "Anyone who told you that wasn't a tough adjustment is lying."

For Miranda and Nadal, sharing responsibilities has been key. "We learned in our family, one person can't do five days a week homeschooling," Miranda says. "You have to tag team, and we've been able to sort of do that to the best of our ability."

The star, who's currently directing Tick, Tick… Boom, starring Andrew Garfield, says, "I'm on my last week of filming now, so then I tag back in for a nice long while."

He continues, "It's really about balance, not just within yourself, but also you're a member of a team and a family, and staying open and honest about all of that is so important." He compares it to being on the final episode of your own TV show: "The most important cast members are the ones in the room, so you got to just stay talking and stay sane."

There are a few silver linings. Namely having to do with their children.

"I think a weird silver lining of this is because they're together and Sebastian is homeschooling a good chunk of first grade, my two year old is in the first grade because he's just there," Miranda shares. "So even though my six year old has like homework a few times a week, my two year old is like, 'I have to do my homework.' He's there writing letters, writing numbers way sooner than his brother did just because he wants to do everything his brother does."

He concludes, "They've gotten so close as a result of being cooped up in the house, and it could have gone the other way! But they've actually become very close friends." So what's next for Miranda? Shakespeare did, as many Twitter users pointed out at the start of the pandemic, write King Lear, Macbeth and Antony and Cleopatra while quarantined. But as Miranda sees it, "We shouldn't use Shakespeare to shame people into productivity during a pandemic. Shakespeare also wrote the sonnets because he needed a f—ing check."

All kidding aside, Miranda has a lot of hope for the arts. "The importance of art has become so crystal clear because imagine surviving this pandemic without the distractions of TV, and movies, and books and the incredible innovations in live theater and home theater. Everyone's been pouring so much out into the world so that you can escape your home, even if you can't escape at home."

And before there was the Broadway phenomenon that is Hamilton, there was In the Heights, which will be coming to the big screen as a movie adaptation in summer 2021. His first musical, Miranda points out, is all about local business. "I'm one of those New Yorkers who really believe you've made it as a New Yorker when you order your lunch or your morning coffee so much that you become a regular," Miranda admits.

The Tony winner explains, "I live in a neighborhood that has so many local businesses and it's home to so many immigrant stores, even before it was a largely Latino neighborhood like it is now, it was an Irish neighborhood, it was an Italian neighborhood, and just so many first chapters in American life happen in my neighborhood and happen as a result with people setting up small businesses against all odds, and figuring out a way to thrive. And so I just think it's so important to have their back because that's what makes New York, New York."

Miranda also comes from a small business family, which is part of the reason he's partnering with American Express to encourage others to shop small. He recalls that, when he was younger, he would spend a month every year in Puerto Rico, where his grandmother ran a travel agency and his grandfather managed a local credit union. "The block in Puerto Rico where my grandparents worked was not unlike the set of In the Heights," he says. "All of these local businesses that knew each other, and I was just like a happy little kid running in between them all day.

Now, he's trying to recreate that experience for his kids. The actor says, "I remember holding my grandfather's hands in Puerto Rico, and I thought he was like the f—ing mayor the way he would walk around and people would say hi to him, but it was just because he frequented all those places, and so I try to do that for my kids, just by shopping locally and bringing them with me whenever I do."