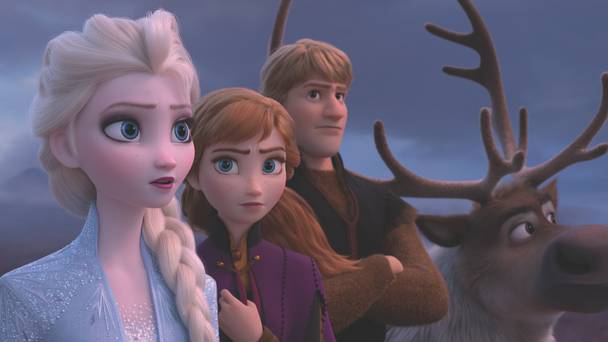 With Christmas less than 12 weeks away, children may not have their wish-lists ready just yet but the ‘top 10 toys’ list has been revealed.

Smyths Toys Superstore have revealed the must-have toys they expect children to ask for this Christmas, with classics like Lego, Paw Patrol and NERF making the list alongside newer, more niche brands.

Sinead Byrne, Joint Head of Marketing at Smyths Toys said that clear themes have emerged, with the majority of the toys falling under either cuddly or travel-themed.

“With all of the fantastic new toys launched this year it was really difficult to pick a Top Ten but we got there,” she said.

“Forky, Cubby and Boppi have stolen our hearts this year and we are super excited for the Frozen Arendelle Castle that has just launched. Toys are travelling in style with the LOL! Glamper, Barbie Dream Plane and Paw Patrol Jet! All guaranteed to entertain kids this Christmas.” This playset can be used to recreate scenes from Harry Potter and the Prisoner of Azkaban. The triple-decker bus’ side or roof can be opened to access the interior and load Harry’s trunk. Stan Shunpike is issuing tickets and Ernie Prang still hasn’t mastered his steering skills – both are on board with Harry. This booty shaking Llama will get the whole family up dancing. The llama toy has three songs which it twerks and spins to. Smyths say it is, “adorable, hilarious and good fun for all the family.”

This 2-in-1 Glamper has over ten play areas with lights and sounds, a removable cab, one exclusive doll and more than 55 surprises to unbox. The back can be opened to reveal a slide for dolls to play on. The Barbie Dreamplane “is ready to help imaginations take off.” Kids can push it on its wheels to taxi on the ground or open the inside. Reclining seats, working overhead compartments and a snack cart with removable trays, are the ticket to role-play fun along with the puppy that comes with the toy. Forky is the latest in the Toy Story collection. The toy comes to life with over 20 recorded sayings. Forky’s body swings left and right, his arms rock up and down and his feet move as you push him along any smooth surface. This Arendelle Castle is a feature-filled fashion doll playset for young fans of the movies. The gates can be opened to reveal the castle’s four floors. The Frozen castle is 5 feet tall and 4 feet wide and includes 14 accessories. When kids push the button on the moving balcony, they can see a colourful light show inspired by the Northern Lights.