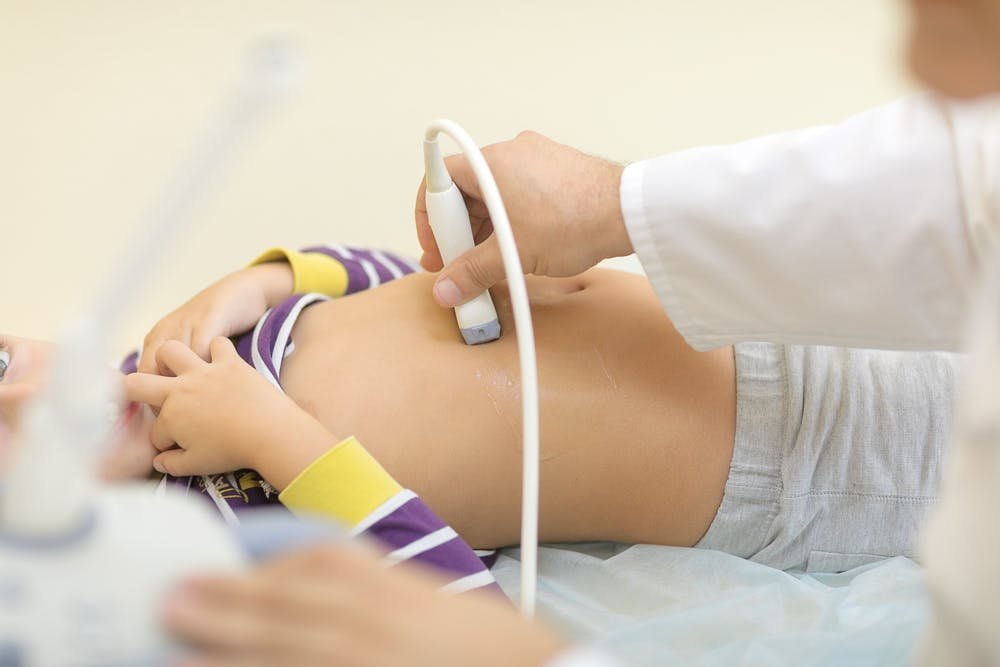 Adenomyosis is a condition of the uterus (womb), where the tissue that grows on the lining of the uterus (also known as the endometrium) is also present on the inside muscular wall of the uterus. Adenomyosis can cause symptoms such as heavy bleeding during your period, bleeding when you are not due for your period, period pain (dysmenorrhea), pain during or after sex (dyspareunia) and infertility.

Although women with adenomyosis often also have endometriosis, they are different conditions. With endometriosis, cells similar to those that line the uterus are found in other parts of the body such as the fallopian tubes, the ovaries or the tissue lining the pelvis (the peritoneum).

Disruption in the endometrial-myometrial junction is now considered an important contributor to reproductive problems such as recurrent implantation failure, a condition that can prevent women falling pregnant. Adenomyosis can either be quite spread out, known as generalised adenomyosis or localised in one place, also known as an adenomyoma.

Adenomyosis can have a number of causes though none have been definitively identified. There is an association between the presence of adenomyosis and the number of times a women has given birth: the more pregnancies, the more likely you are to have adenomyosis. Women with adenomyosis have also often had a trauma to the uterus such as surgery in the uterus, like during a caesarean section.

How common is adenomyosis?

Like endometriosis, we don’t know exactly how many women may be affected by the condition. What makes the impact of adenomyosis so tricky to determine is that it is quite commonly found during regular screening tests, even when women are not complaining of any symptoms, which means many women may have it and not know about it.

Because it’s often found in women with other conditions like endometriosis, it’s difficult to determine which condition caused the symptoms. We don’t currently know why some women with adenomyosis have symptoms and others don’t.

There are also a number of different criteria for diagnosing adenomyosis, which can differ in important factors. For instance, the number of sections of adenomyosis that need to be affected for a diagosis when looking at tissue samples under a microscope. This makes it a problem when we try to work out how common adenomyosis is.

There can also be differences of opinion among the experts who look at these tissue samples. Experts can look at the same slides and come to very different conclusions.

How is it diagnosed?

Unlike endometriosis, which can only be definitively diagnosed through a key-hole surgery, a diagnosis of adenomyosis can be done through both invasive and non-invasive methods. The most common invasive method is a uterine biopsy (tissue sampling). A biopsy of the uterus can also be performed to make the diagnosis by an abdominal key-hole surgical procedure (laparoscopy) but this remains limited to clinical trials. 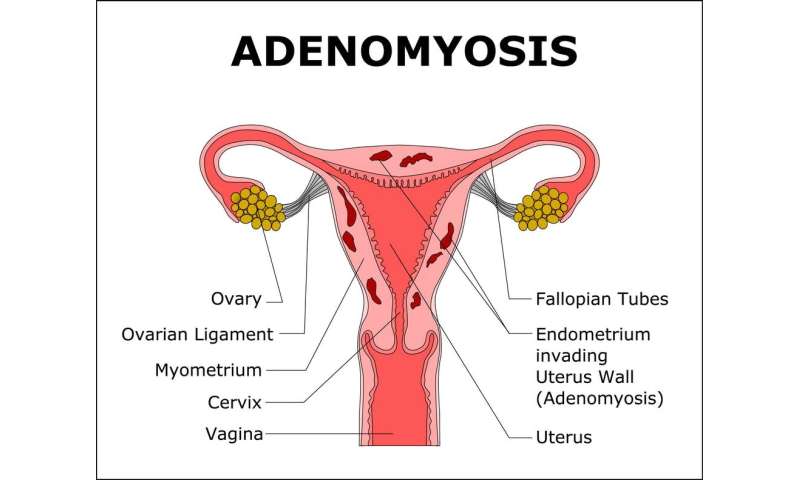 Biopsies going through the vagina up to the uterus may have a role in the diagnosis of adenomyosis, but can potentially damage the uterus and therefore are avoided in women wishing to fall pregnant. The ultimate biopsy is a hysterectomy (the removal of the uterus). This is the most accurate method but is obviously a significant surgical procedure and will prevent women having children. A diagnosis of adenomyosis has been made in between 10-88% of hysterectomy specimens showing how common this condition is.

Non-invasive diagnosis can be made by different types of imaging. Ultrasound is commonly available and can be done either using the probe on the abdomen or, preferably, placing the probe in the vagina.

However, ultrasound isn’t always the best choice as it only detects adenomyosis about 50-87% of the time. Magnetic resonance imaging (MRI) is a better choice as there are a number of typical features seen during MRI. These vary throughout the cycle and in response to hormonal therapy but can reliably predict adenomyosis.

What are the treatments?

Management options for adenomyosis include hormonal therapy and surgery. These are mainly targeted at reducing symptoms such as pain. There isn’t much research into whether these increase the chance of getting pregnant.

Hormonal treatments focus on suppressing menstruation. This can be achieved by combined oestrogen and progesterone therapy (such as the combined oral contraceptive pill), progestogen-only treatment (such as a Mirena) or placing women into an “induced” menopause (through GnRH analogs).

Surgical treatment is most effective when the adenomyosis is localised to a smaller area and can be removed, and this type of surgery doesn’t prevent women falling pregnant in the future. If the adenomyosis is spread throughout a larger area then treatments include destroying the lining of the uterus (endometrial ablation) provided adenomyosis is not too deep, and hysterectomy, both of which will prevent further pregnancy.

Other treatment options are interventional radiology such as uterine artery embolisation, where the blood supply to the uterus is cut off and magnetic resonance-guided focused ultrasound where the adenomyosis is destroyed with ultrasound energy.

Does it affect fertility?

There is some evidence adenomyosis can reduce fertility, but this is still controversial. Clinical studies are limited by difficulties and differences in diagnosis and their study designs have problems.