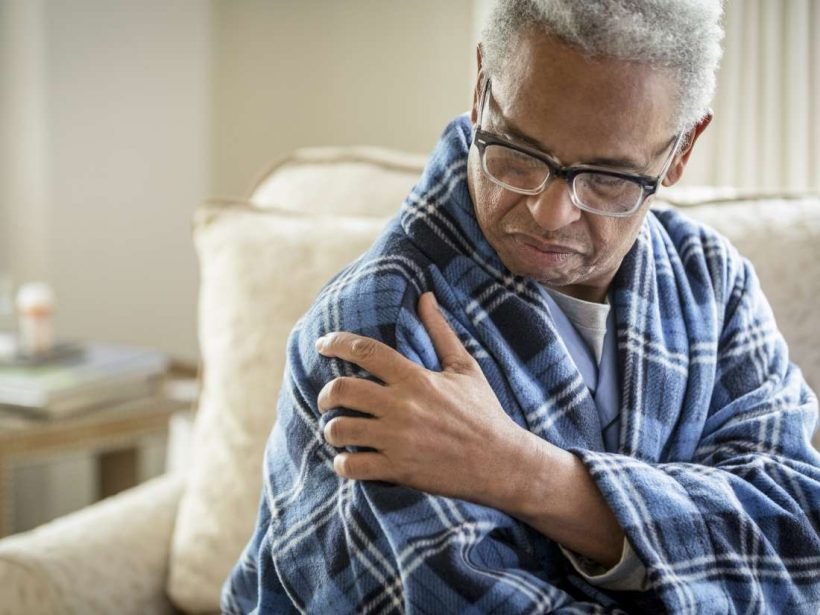 Crohn’s disease is a type of inflammatory bowel disease, or IBD, that can affect any part of the digestive tract. However, the inflammation most commonly affects the last section of the small intestine and the start of the colon.

Symptoms can vary between people but typically include:

Crohn’s disease can also cause a range of other symptoms, including joint pain and soreness. This pain often occurs alongside a flare-up of intestinal symptoms.

In this article, we look at the link between Crohn’s disease and joint pain. We also cover the different types of joint pain that people with Crohn’s can get, when to see a doctor, diagnosis, and treatment.

Doctors refer to painful swelling of the joints as arthritis. According to the Crohn’s & Colitis Foundation, arthritis is the most common complication of IBD that occurs outside of the intestines. They state it may affect up to 30 percent of people with IBD.

Although arthritis typically occurs with advancing age, it can also affect younger people with Crohn’s disease.

According to Dr. Timothy R. Orchard, a consultant gastroenterologist at St. Mary’s Hospital in London, United Kingdom, arthralgia affects between 40 to 50 percent of people with IBD.

Arthritis is when a person’s joints become painful and inflamed. Over time, arthritis may cause lasting damage to these joints.

There are several different types of arthritis, but people with Crohn’s disease are more likely to develop:

We discuss each of these below.

The pain and swelling can move between different joints and, without treatment, may last from anywhere between a few days and several weeks. Peripheral arthritis tends to occur alongside intestinal flare-ups.

Peripheral arthritis usually causes no permanent damage to the joints.

Axial arthritis is also known as spondylitis or spondyloarthropathy. This type of arthritis causes pain and stiffness in the lower spine.

It can also affect the sacroiliac joints, which sit in the lower back between the spine and the hip bones.

Axial arthritis can develop before the onset of Crohn’s disease, particularly in younger people.

This type of arthritis can lead to permanent joint damage. If the bones of the vertebral column fuse together, it can affect a person’s range of motion.

Ankylosing spondylitis is a less common, but more severe form of spinal arthritis.

According to the Crohn’s & Colitis Foundation, this type of arthritis develops in around 2 to 3 percent of people with IBD. However, it occurs more frequently in people with Crohn’s disease than in those with other IBDs.

Ankylosing spondylitis sometimes spreads from the spine to cause inflammation in other parts of the body, such as the eyes, lungs, and heart valves.

This type of arthritis is more common in people under 30 years of age, particularly males. Similarly to axial arthritis, it sometimes occurs before the onset of Crohn’s disease.

Initial symptoms include a significant reduction in spine flexibility, and the condition can cause permanent damage to the joints.

In people with Crohn’s disease, symptoms of ankylosing spondylitis can persist and worsen following surgical removal of the colon.

Arthralgia is joint pain without inflammation and can affect most joints within the body. However, it mainly occurs in the ankles, knees, and hands. When arthralgia affects two or more joints, doctors refer to it as polyarthralgia.

Symptoms of arthralgia include:

Unlike arthritis, arthralgia does not cause lasting damage to the joint, as the surrounding area does not swell.

Many people find that arthralgia is worse in the morning. Symptoms can also worsen after a period of inactivity.

Some over-the-counter medications can help relieve joint pain and reduce inflammation. However, it is best to speak to a doctor before trying these. This is because some nonsteroidal anti-inflammatory drugs (NSAIDs), such as aspirin, naproxen, and ibuprofen, can make symptoms of Crohn’s disease worse.

A number of prescription drugs can help with joint pain. These include:

A doctor will sometimes recommend referral to a physical therapist who may suggest light exercises. These can:

Other therapies that may also help with joint pain include:

Lifestyle changes may also help to relieve some discomfort. These can include:

Natural remedies are also gaining in popularity. Some people find that glucosamine and turmeric supplements help with joint pain and inflammation. However, it is important to speak to a doctor before trying these, particularly as some supplements and natural remedies can interact with certain medications.

This joint pain is often a short-term condition that usually responds well to treatments for Crohn’s disease.

Less commonly, joint pain that affects the spine can cause lasting damage and is more difficult for doctors to treat. However, early diagnosis and treatment can improve the outlook for people with this type of joint pain.