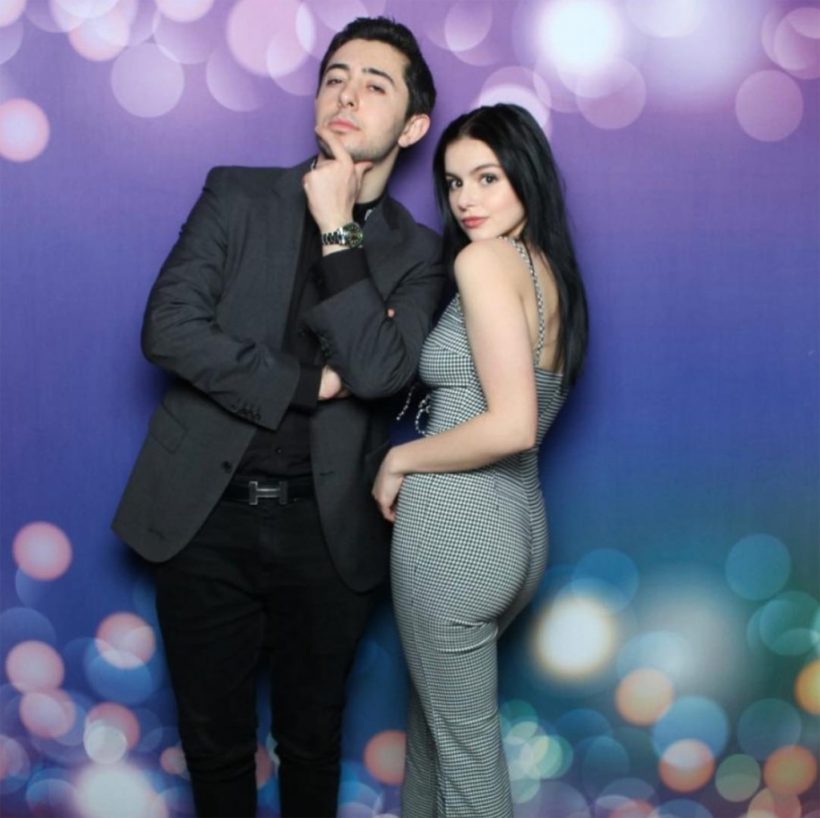 Ariel Winter isn’t going to let trolls get away with body shaming her.

On Sunday, Winter, who turns 21 today, shared a photo from her birthday celebration, which showed her looking significantly smaller.

For the occasion, Winter sported a checkered jumpsuit, which highlighted her slim physique.

While many of her fans praised her appearance writing, “you look amazing,” others weren’t as nice.

“Omg you lost your butt,” one fan wrote while another said “Too skinny now.”

“I’m sorry you felt the need to so dramatically change your appearance. I liked you just as you were. I hope you are happy in your new body though,” another fan commented.

A different user wrote, “Nothing wrong with being honest and telling her we liked her better before ‘the change’ she was so beautiful before she started chopping up her body and if me saying so helps one gurl out here to feel beautiful who’s thinking of PS its worth it.”

“I appreciate you wanting to help girls love themselves the way they are, but you are also kind of cutting someone (me) down which isn’t what I think you were trying to do?” Winter wrote back.

“I also didn’t get plastic surgery,” Winter continued. “That is also not supportive of women if you’re just assuming about the way they look.”

This isn’t the first time Winter has had to respond to criticism regarding her figure.

On Jan. 2 Winter clapped back at a fan, who suggested she used drugs to lose weight.

“Not half as bad as all the coke/meth she uses. She literally dropped 30 pounds,” the fan wrote in the comment section of an Instagram post response to a user calling Winter out for underage drinking.

“My psychiatrist switched me from my previous anti depressant that didn’t work and made me gain weight to coke/meth!! Definitely not a new one that worked and then regulated metabolism. Coke/meth was a controversial decision but she stands by it,” Winter wrote.

Before being called too thin, Winter was slammed for being curvey.

In 2017, the Modern Family star was accused of wearing shorts that are too small.

“Pretty annoyed about the focus on the fact that I wear shorts, and the commentary that I’m ‘squeezing’ into them or the idea that it’s not okay for me to wear shorts,” she wrote on Twitter.

“It’s SUMMER. Get over it. It’s hot, I’m obviously going to be wearing minimal clothes.”

“Also, I’m not ‘squeezing’ into anything,” Winter continued. “My shorts fit me and everything I’m doing is just fine. Please leave young women alone. We’re just living our lives. It’s really troubling that we even have to deal with this kind of stuff nowadays. Please stop criticizing everything everyone does!!!!!”

RELATED: Ariel Winter Defends Showing Off Her Body: ‘I Love My Butt. I Love Butts!’

As for her latest look, Winter has been spending a lot of time in the gym.

“Workin’ on my fitness,” Winter wrote in October, quoting Fergie’s hit “Fergalicious” over a clip, which shows her working out.