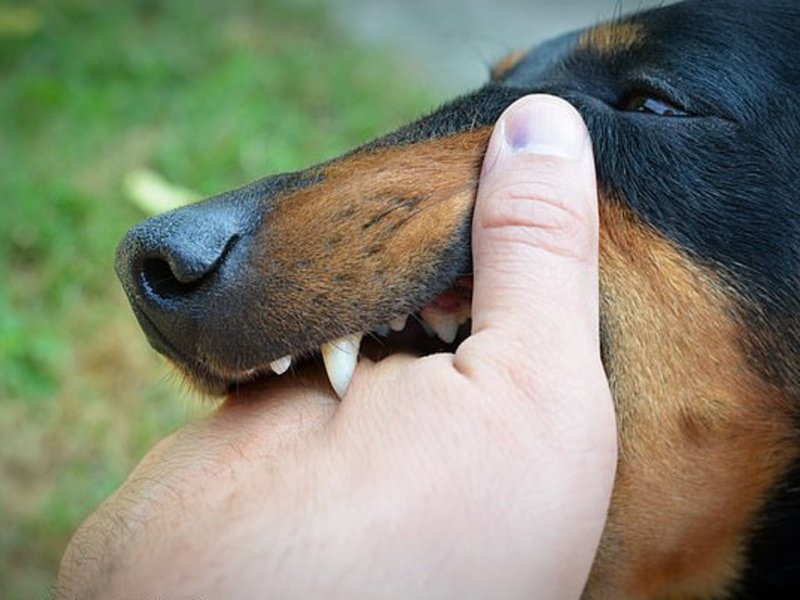 This 60-year-old man sincerely believed his three-day sickness with vomiting was only due to food poisoning. However, very soon he had to fight for his life due to an infection caught after a dog bite.

60-year-old UK resident was urgently hospitalized after he picked up a dangerous infection from dog bite. The dog bit the man’s finger, but for three days, during which an accident was observed symptoms such as fever and vomiting, the man sincerely believed that just poisoned stale curry sauce. But when the victim was taken to the hospital, doctors were forced to immediately send him to the intensive care unit, as well as all the symptoms the patient had developed sepsis. It turned out that the dog bite to the finger provoked life-threatening bacterial infection caused by ingested micro-organism called Capnocytophaga Canimorsus.

Over the next two days as the men’s health deteriorated, he was faced with multi-organ failure, which usually precedes a fatal outcome. Also the victim was observed skin necrosis or tissue death in the lower extremities and feet. However, the hospital still delivered on time, and the injection of powerful antibiotics were able to reverse the situation. After 9 days in the ICU, the man still was discharged home with a prescription for antibacterial medication.The patient described the scientific journal BMJ Case Reports.

The bacterium Capnocytophaga Canimorsus is a dangerous pathogen, residing in the saliva of cats and dogs. She has the rare ability to cause disease even in the healthiest people, but especially the risk these bacteria pose to those who have a compromised immune system. Transmission of the bacteria occurs with saliva not only bites, but also when the dog or cat licks a person’s or even just in close proximity. Signs of disease occur within 1 to 8 days, but most often on the second day. They may manifest themselves as symptoms similar to the flu and become a full-fledged sepsis. (READ MORE)