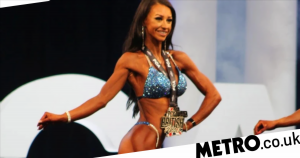 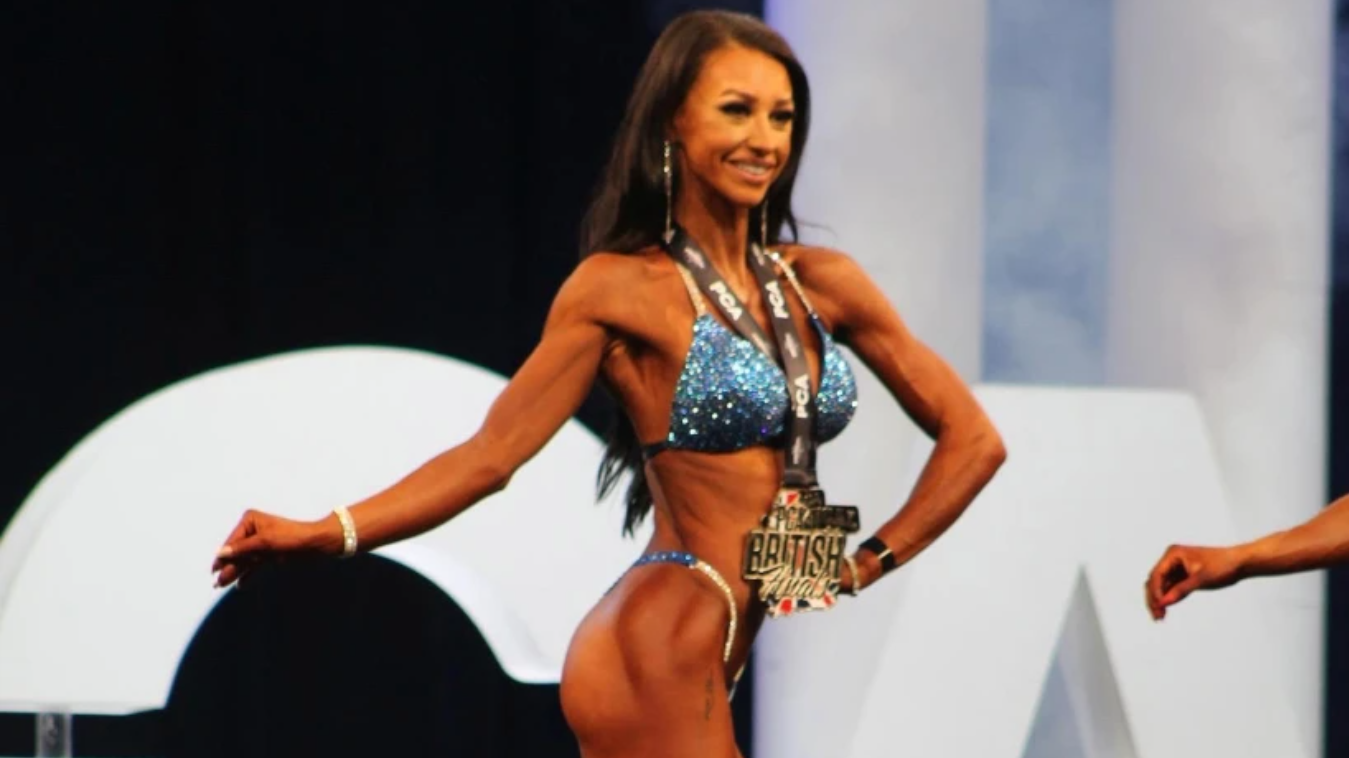 When Grace Guest first started feeling fatigued, she put it down to her work as a probation officer.

However, after a routine smear test in 2020, the 32-year-old got a crushing diagnosis – she had cervical cancer.

Grace was put on an aggressive treatment plan that was hard on her body and mind, but she pulled through.

When she made it through the other side of her illness, she decided the best way to pick up the pieces of herself was by picking up weights at the gym.

‘We are all stronger than we think we are,’ Grace said.

‘It [cancer] does not need to define you.

‘I discovered the cancer following a routine appointment; I had missed a smear and only booked one because we were discussing it at work.

‘[When I got the call from the doctor], I was in shock and also very emotional.

‘I remember thinking “but I don’t feel like I have cancer”.

‘Looking back I was always tired but used to relate this to work.

‘Those few weeks were hard mentally. I was thinking the worst.’

When discussing treatment options, Grace’s oncologist advised her to have a hysterectomy.

But she dreamed of having children one day so, Grace opted for a cone biopsy instead, which is a procedure that removes a cone-shaped piece of tissue from your cervix.

Grace said: ‘If I chose the hysterectomy, I would have zero chance of the cancer returning.

‘Due to my age and not having children, I didn’t want this so I chose the cone biopsy.’

The surgery was a success, and in July 2020, Grace was given the great news that she was in remission.

However, the disease and recovery process had left its mark on her self-esteem.

Trying to recover her sense of self, in January 2021, Grace booked sessions with personal trainer Tom Summers.

She even entered her first-ever bodybuilding competition in September of this year.

She said: ‘I put on a bit of weight following this [the cancer] as I couldn’t exercise and felt down about the way I looked.

‘Training has helped me stay focused and I feel happy when I see results.

‘I went to the gym before I was diagnosed but it was only to do cardio or attend a class.

‘I wouldn’t have known how to lift weights properly and I always felt a bit intimidated by the weights area.

‘The closer I got to the competitions the more competitive I felt. I felt more confident and determined to do well. I wanted to prove I could do it.’

Grace went from having one session a week to pumping iron three to four times a week, and went on a special diet to optimise her performance.

She said: ‘First time I stepped on stage I was nervous but I was really pleased with how I looked and it’s an amazing feeling seeing the end result when you have worked hard.

‘I felt proud of myself and Tom.’

She placed second in her height category at the British final and got an invite to the world championships to represent Team GB, where she placed third.

Grace said: ‘Representing GB was a proud moment because the standard was very high.

‘It was my first season and a lot of competitors have been competing for years.

‘So I was very happy to achieve this in my first year.’

This May, she’ll be competing in the universe PCA competition (physical culture association).

She said: ‘I feel really healthy mentally and physically and could not go back to my old lifestyle.

‘My battle with cancer has definitely made me more motivated.

‘It’s made me appreciate life more because you don’t know how short it’s going to be and this mindset has stuck with me when it comes to training.

‘I don’t want to be unhealthy, I want to live for as long as I can.’