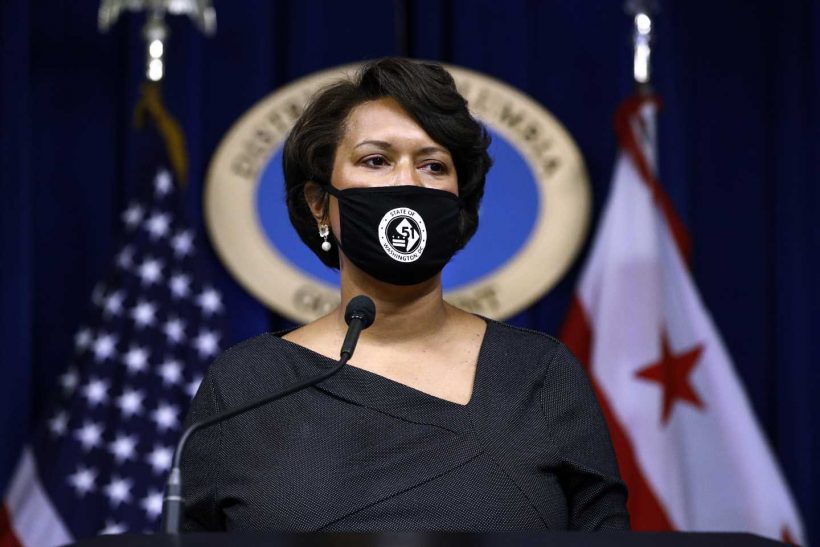 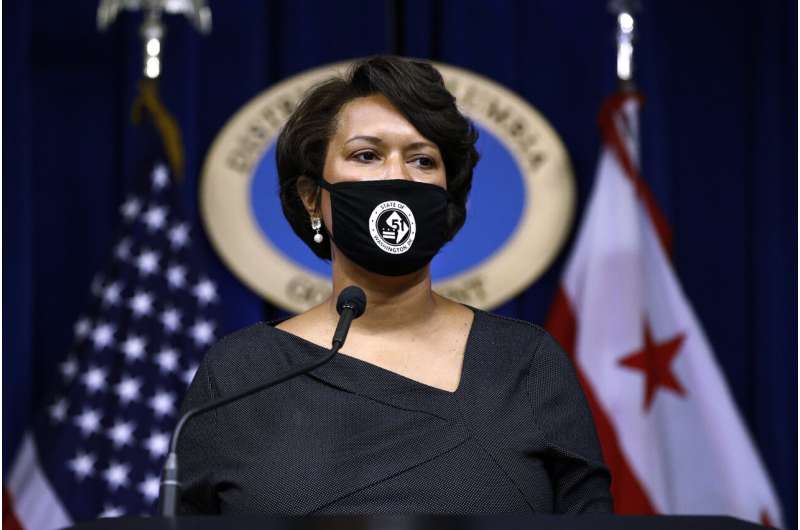 The nation’s capital is reinstating its indoor mask mandate as the region and country grapple with a fresh surge in COVID-19 infections.

Mayor Muriel Bowser announced Monday that she would declare a state of emergency and urged Washingtonians to get vaccinations and booster shots, and limit their social activities over the holidays.

“Choose your activities wisely and you may even consider bowing out of some social events,” she said. “I’m tired of it. We’re all tired of it. But we have to pay attention to what’s happening in our city and our nation.”

The new indoor mask requirement kicks in Tuesday at 6 a.m. and will continue through the end of January—at which point it will be reconsidered.

Bowser lifted the mask mandate in late November, a move that drew some public criticism that she was moving ahead of the science and easing restrictions at a time when infection numbers still listed the region as a zone of substantial transmission. A majority of the D.C. Council—all-Democrats, like Bowser—issued a rare public letter asking her to reconsider the decision.

On Monday, Bowser denied that she had acted prematurely, saying the District’s virus plans were designed to be dialed up or down based on fluid circumstances.

“I don’t regret evolving with the virus,” she said. “As conditions warranted, we’ve changed our interventions and we’re doing that again.”

The rising infections and steady march of the omicron variant around the country have been reflected in Washington and the intertwined communities in northern Virginia and southern Maryland. Last week, D.C. reported record-breaking infection numbers on two consecutive days, and Maryland Governor Larry Hogan and D.C. Council member Trayon White have both reported testing positive in recent days.

Much about the omicron coronavirus variant remains unknown, including whether it causes more or less severe illness. Scientists say omicron spreads even easier than other coronavirus strains, including delta, and it is expected to become dominant in the U.S. by early next year. Early studies suggest the vaccinated will need a booster shot for the best chance at preventing an omicron infection but even without the extra dose, vaccination still should offer strong protection against severe illness and death.

Public anxiety in the District has led to long lines outside local testing facilities in the past week. Bowser said the city would offer expanded sites for both testing and vaccinations. The city will also require all D.C. government employees to be both fully vaccinated and receive booster shots.

Four separate D.C. public schools have decided to shift back to virtual learning for the near future. DCPS Chancellor Lewis Ferebee announced that the resumption of the school year in January after winter break would be delayed by two days to allow for distribution of thousands of testing kits.

All public schools in neighboring Prince George’s County, Maryland, have already announced plans to switch to virtual learning through at least mid-January. But Ferebee said he preferred to handle the issue on a school-by-school basis and that his administration strongly favored maintaining in-person learning, backed by extensive testing.

“We will continue to be guided by … the belief that our schools are the safest place, the most appropriate place for students to learn,” Ferebee said.

This will be the third time that D.C. has imposed a mask mandate; the original 2020 mandate was lifted for fully vaccinated individuals in May, then reinstated in late July as cases began to rise again.

City officials said local hospital systems have witnessed an increase in COVID-19 patients, but weren’t near critical capacity yet.