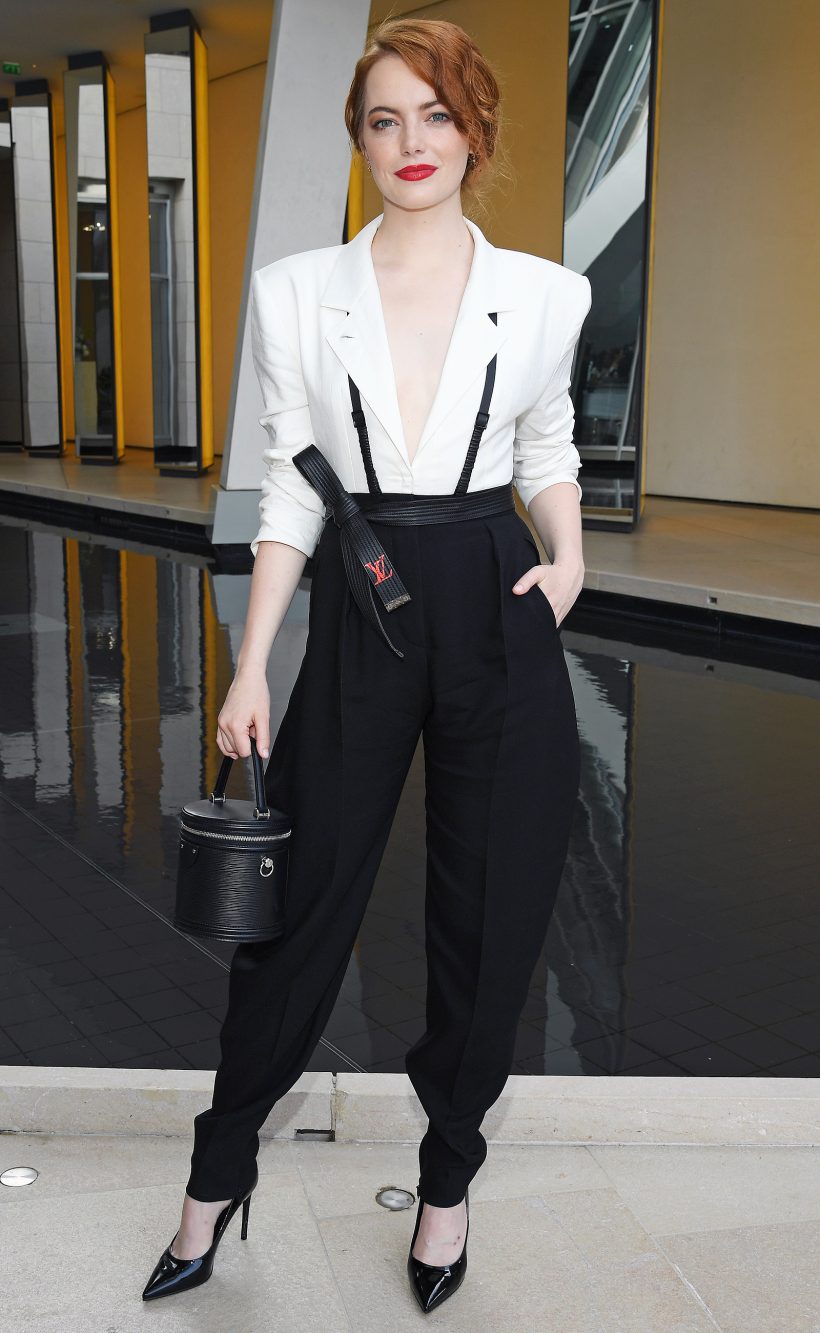 Earlier this month, Reinhart updated followers on her ongoing struggle with depression and anxiety. “Friendly reminder for anyone who needs to hear it: Therapy is never something to feel ashamed of. Everyone can benefit from seeing a therapist,” the Riverdale actress wrote on her Instagram Story. “I’m 22. I have anxiety and depression. And today I started therapy again. And so the journey of self-love begins for me. And good luck to you on yours.”

While talking to a fan on Twitter in November 2018, Grande credited therapy for saving her life. “Who is Ariana’s therapist and are they accepting new clients,” the fan tweeted. “This is funny as f— but in all honesty therapy has saved my life so many times,” the singer replied. “If you’re afraid to ask for help, don’t be. [You] don’t have to be in constant pain and [you] can process trauma. I’ve got a lot of work to do, but it’s a start to even be aware that it’s possible.”

The royal opened up about seeking professional help himself while discussing his mental health charity, Heads Together, in 2017. “I can safely say that losing my mom at the age of 12 and therefore shutting down all of my emotions for the last 20 years has had quite a serious effect on not only my personal life, but also my work as well,” he told Bryony Gordon on an episode of her podcast Mad World about the 1997 death of his mother, Princess Diana. “My way of dealing with it was sticking my head in the sand, refusing to ever think about my mum because why would that help?”

Harry reached a tipping point when burying his feelings caused “total chaos” in his 20s, and he finally reached out to a therapist with “huge support” from his brother, Prince William. “Because of the process that I’ve been through over the last two-and-a-half to three years, I’ve now been able to take my work seriously, be able to take my private life seriously as well, and be able to put blood, sweat and tears into the things that really make a difference,” he said.

Stone began seeing a therapist as a child after suffering debilitating panic attacks. “It helped so much,” she told Rolling Stone about her treatment. “I wrote this book called I Am Bigger Than My Anxiety that I still have: I drew a little green monster on my shoulder that speaks to me in my ear and tells me all these things that aren’t true. And every time I listen to it, it grows bigger. If I listen to it enough, it crushes me. But if I turn my head and keep doing what I’m doing — let it speak to me, but don’t give it the credit it needs — then it shrinks down and fades away.”

Jordan went to therapy following the emotional experience of playing villain Erik Killmonger in Black Panther. “I was by myself, isolating myself … I spent a lot of time alone,” he said of preparing for the role while taping Oprah Winfrey’s SuperSoul Conversations. “Of course, it’s an extreme, exaggerated version of the African diaspora from the African-American perspective, so to be able to take that kind of pain and rage and all those emotions that Erik kind of represents from being black and brown here in America. That was something I didn’t take lightly … I think just being in that kind of mind state … it caught up with me.

“It was a little tough for me at first … Readjusting to people caring about me, getting that love that I shut out,” Jordan said about reworking his headspace when filming ended. “Honestly, therapy, just talking to somebody just helped me out a lot. As a man you get a lot of slack for it … I don’t really subscribe to that. Everyone needs to unpack and talk.”

Multiple sources confirmed to PEOPLE this month that Bieber is very focused on his mental health and is currently in counseling for depression. “His emotions are raw, but he knows that his counseling — however painful — is what he needs as he moves forward with his life,” an insider said. “He’s feeling very positive that he’s uncovering some root issues, and everyone is optimistic that this will help him figure out his next chapter.”

The singer previously revealed to Vogue that he’s tried an intensive group-therapy retreat as well as couples therapy alongside wife Hailey Baldwin. “You sit on a mat, you put a pillow down, and you beat your past out of it,” he explained of the retreat’s use of the Hoffman Process, which he says he realized he wasn’t ready for. “I beat the fact that my mom was depressed a lot of my life and my dad has anger issues. Stuff that they passed on that I’m kind of mad they gave me.”

In a 2015 chat with Michelle Obama and Sarah Jessica Parker for Glamour, the Scandal star explained why she’s candid about utilizing therapy. “I say that publicly because I think it’s really important to take the stigma away from mental health,” she said. “My brain and my heart are really important to me. I don’t know why I wouldn’t seek help to have those things be as healthy as my teeth. I go to the dentist. So why wouldn’t I go to a shrink?

The Saturday Night Live star has long been candid about his struggle with borderline personality disorder. “One of my psychiatrists [diagnosed me]. He was always saying before this big meltdown, ‘You’re probably bipolar or borderline, we’re just going to have to figure it out,’” he said on a 2017 episode of WTF with Marc Maron. Davidson went on to share that he goes to regular therapy sessions and is on medication. “It is working, slowly but surely,” he said. “I’ve been having a lot of problems. This whole year has been a f—— nightmare. This has been the worst year of my life, getting diagnosed with this and trying to figure out how to learn with this and live with this.”

The Sierra Burgess Is a Loser star penned a Teen Vogue essay about her journey with obsessive-compulsive disorder, depression and suicidal ideation. After stumbling across an article about OCD, Purser realized she may have been dealing with a “treatable disorder.”

“I talked to my mom about what I’d discovered, and we were fortunate enough to find a wonderful therapist that I still see to this day,” she wrote in the May 2018 piece. “I was diagnosed with OCD and depression, and that was a huge relief, because now my struggles had a name and could be reckoned with. With a combination of therapy and medication, I got better.”

“My time in therapy has changed my life,” the actress added. “It was such a relief to have a trained professional listen to my thoughts and help me positively restructure my thinking. I am now able to calm myself down when I’m struck by anxiety or find myself becoming obsessive. When I have intrusive or self-destructive thoughts, I am better equipped to analyze them and respond in healthy ways.”

“I did do therapy and antidepressants for a brief period, which helped me,” Hamm told The Guardian in 2010 about struggling with his mental health after his father died while he was in college. “Which is what therapy does: It gives you another perspective when you are so lost in your own spiral, your own bulls—. It helps.”

“And honestly? Antidepressants help!” the actor added. “If you can change your brain chemistry enough to think: ‘I want to get up in the morning; I don’t want to sleep until four in the afternoon. I want to get up and go do my s— and go to work and…’ Reset the auto-meter, kick-start the engine!”

Following reports that she’d sought therapy in the wake of her split from Justin Theroux, Aniston revealed that she relied on counseling long before the breakup. “I’ve been in therapy for years,” she told Extra of the reports.