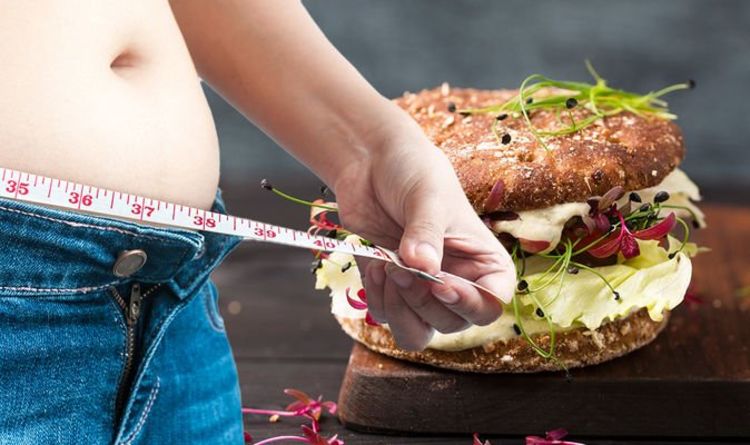 When you subscribe we will use the information you provide to send you these newsletters. Sometimes they’ll include recommendations for other related newsletters or services we offer. Our Privacy Notice explains more about how we use your data, and your rights. You can unsubscribe at any time.

Visceral fat lurks near vital organs in the body, such as the liver and intestines. Gaining a foothold in this area of the body can hamper vital processes, such as insulin production – a precursor to type 2 diabetes. An accumulation of visceral fat can also raise your risk of heart disease.

Finding ways to eliminate visceral fat is therefore key to sustaining a long and healthy life.

Diet offers an effective countermeasure against the harmful belly fat and evidence suggests a particular dietary plan can help without exercise.

This is the key finding of a study published in the journal JAMA.

According to the study results, switching to a low fat, plant-based diet could boost the body’s metabolism enough to burn excess weight and fat — even without vigorous exercise. 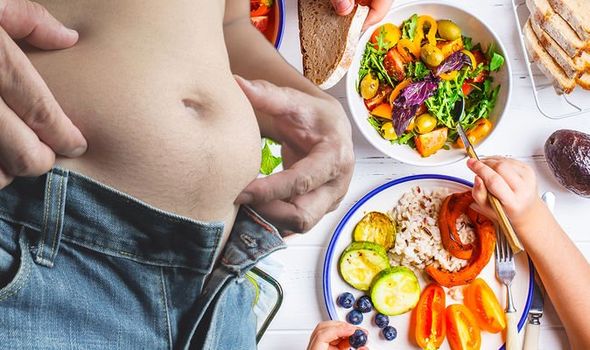 A team of researchers conducted a 16-week trial in which participants in the intervention group adopted a low fat, vegan diet.

Eligible study participants were overweight, with body mass indexes (BMI) ranging between 28 and 40, and were aged 25–75.

BMI is a measure of whether you’re a healthy weight for your height.

According to the NHS, a BMI of 25 to 29.9 means you’re overweight and 40 or above means you’re severely obese.

The second group, functioning as the control group, did not change their dietary habits.

Members of both groups curbed their daily alcohol consumption for the duration of the study.

Women could drink a single alcoholic beverage daily, while men could have up to two drinks per day. 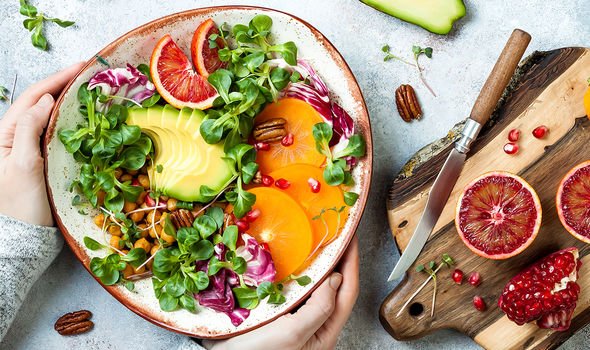 Neither group began an exercise routine or deviated from any existing physical habits during the 16-week trial.

Researchers took measurements at the beginning and end of the trial.

By the end of the study, the plant-based diet group averaged an 18.7 percent increase in their after-meal calorie burn. 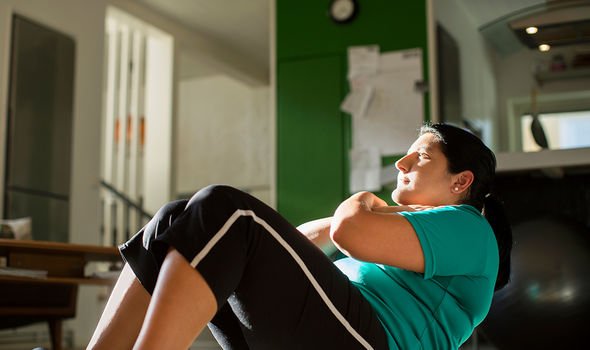 What’s more, the vegan diet group experienced a decrease in insulin resistance, helping to keep the threat of type 2 diabetes at bay.

To maximise the benefits gained from eating a plant-based diet, you should engage in regular physical activity.

“Studies have shown that you can help trim visceral fat or prevent its growth with both aerobic activity (such as brisk walking) and strength training (exercising with weights,” reports Harvard Health.

The healthy body adds: “Spot exercises, such as sit-ups, can tighten abdominal muscles but won’t get at visceral fat.”