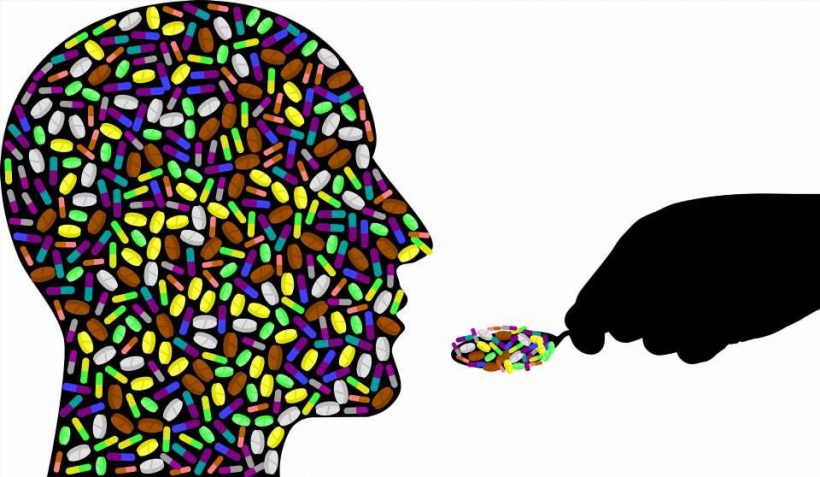 Prevalence rates of opioid use disorder (OUD) have increased dramatically, accompanied by a surge of overdose deaths—nearly 50,000 in the U.S. in 2019. While opioid dependence has been extensively studied in preclinical models, an understanding of the biological alterations that occur in the brains of people who chronically use opioids and who are diagnosed with OUD remains limited.To address this issue, researchers from Boston University School of Medicine (BUSM) have conducted the largest transcriptomic (the study of all the RNA molecules within a cell) study to date using postmortem brains from people with OUD.

Their findings show, for the first time, a critical role for neuroinflammation as the driver of the pathological brain alterations produced by chronic opioid use. They also identify microglia (the most prominent immune cells of the central nervous system and the first to respond when something goes wrong in the brain) as the cell type responsible for many of these changes.

“Our study has yielded a number of surprising and important findings, including how two of the most critical brain regions associated with opioid dependence, the prefrontal cortex and nucleus accumbens, communicate with one another under “healthy” conditions, as well as how opioids alter fundamental brain processes contributing to opioid dependence,” explained corresponding author Ryan W. Logan, Ph.D., associate professor of pharmacology & experimental therapeutics at BUSM.

To investigate the molecular changes in the human brain associated with opioid dependence, the researchers used transcriptomic and computational approaches to examine gene changes in the prefrontal cortex and nucleus accumbens and discovered changes associated with inflammation and synaptic structure/function in the brains of people who are diagnosed with OUD. “The data reveals a new mechanism by which opioids may alter the brains’ structure to change synaptic plasticity, ultimately resulting in behavioral changes,” said Logan.

According to the researchers, inflammation in the brain is related to several psychiatric disorders and neurological disorders including neurodegeneration and aging-related brain diseases. “Our findings highlight the potential role for activation of specific inflammatory pathways in the brain and their interplay in brain processes related to cognition, impulsivity, risk-taking and substance use,” he added.