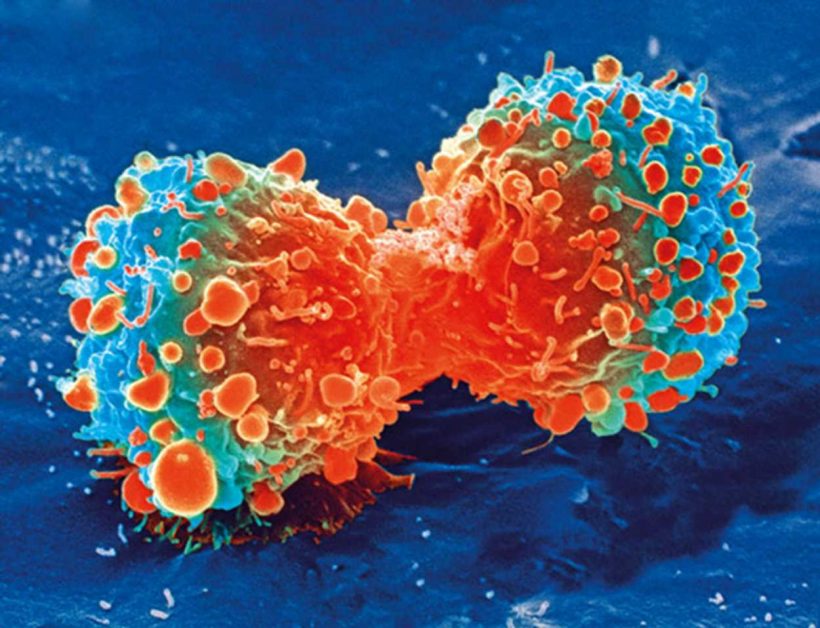 Black men in the United States are known to suffer disproportionately from prostate cancer, but few studies have investigated whether genetic differences in prostate tumors could have anything to do with these health disparities.

Now, in the largest study of its kind to date, researchers from Boston University School of Medicine (BUSM), UC San Francisco (UCSF), and Northwestern University have identified genes that are more frequently altered in prostate tumors from men of African ancestry compared to other racial groups, though the reasons for these differences is not known, the authors say. None of the individual tumor genetic differences that were identified are likely to explain significant differences in health outcomes or to prevent Black Americans from benefiting from a new generation of precision prostate cancer therapies, the authors say, as long as the therapies are applied equitably.

The newly identified gene variants could potentially lead to precision prostate cancer therapies specifically focused on men of African ancestry, and will inform broader efforts by the National Cancer Institute’s RESPOND study to link gene variants to health outcomes in an even larger cohort of Black patients nationwide.

Despite declines in mortality related to cancer in the U.S., disparities by race have persisted. One in every six Black Americans will be diagnosed with prostate cancer in their lifetime, and these men are twice as likely to die from the disease as men of other races. But it is not yet clear to researchers whether differences in prostate cancer genetics contribute to these health disparities in addition to the social and environmental inequities known to drive poorer health outcomes across the board.

To date, studies trying to figure out what genes are commonly mutated in prostate cancers often have had very few samples from racial/ethnic minority groups despite the greater burden of prostate cancer in these populations. In May, the FDA approved a class of drugs known as PARP inhibitors as a therapy for men with prostate cancers driven by specific genetic mutations, but it is not known how prevalent these mutations are in people of African descent. As more genetic health studies are performed in minority populations, it has become clear that other genetically targeted therapies that have been developed based on studies of patients of European descent are at times much less effective, and in some cases cause dangerous side-effects, in other racial and ethnic groups.

In the new study, published July 10, 2020 in Clinical Cancer Research, a journal of the American Association for Cancer Research, the research team set out to better understand differences in the mutations driving prostate cancer tumors in Black Americans compared to European Americans, and whether any such differences could influence disease outcomes or the effectiveness of PARP inhibitors or other targeted therapies.

The researchers collected and analyzed DNA sequencing data from previously published studies and from a commercial molecular diagnostics company. In total, they examined mutational patterns in prostate cancers from more than 600 Black men, representing the largest such study of this population to date.

The team found that the frequency of mutations in DNA repair genes and other genes that are targets of current therapeutics are similar between the two groups, suggesting that at least these classes of current precision prostate cancer therapies should be beneficial in people of both African and European ancestry, according to corresponding author Franklin Huang, MD, Ph.D., an assistant professor in UCSF’s Division of Hematology/Oncology and member of the UCSF Helen Diller Family Comprehensive Cancer Center, UCSF Institute for Human Genetics, and UCSF Bakar Computational Health Sciences Institute.

While the researchers found no significant differences in frequencies of mutations in genes important for current prostate cancer therapies, they did identify other genes, such as ZFXH3, MYC, and ETV3, that were more frequently mutated in prostate cancers from Black men.

“These results reinforce the idea that there can be biological differences in prostate cancers between different ancestral groups and that samples from Black Americans need to be included in future molecular studies to fully understand these differences,” said co-corresponding author Joshua Campbell, Ph.D., assistant professor of medicine at BUSM.

“The poorer health outcomes we see in Black men with prostate cancer are not easily explained by any of the distinct gene mutations we identified in prostate tumors from men of African ancestry. This highlights the need to examine the environmental and social inequities that are well known to influence health outcomes across the board,” Huang added. “On the other hand, our tumor genomic analysis also showed that current precision medicine approaches ought to be as effective in Black Americans as they have been for other groups—if we can ensure that these drugs are applied equitably going forward.”

Developing a comprehensive understanding of how tumor genomics and other biological factors interact with social and environmental inequities to drive poorer clinical outcomes for Black prostate cancer patients should be an important priority for the efforts to improve precision medicine for these patients, the researchers say.

“These types of studies will remain important to understand when certain therapies may preferentially benefit Black patients, who continue to remain underrepresented in clinical trials,” Campbell said.

In particular, the results will inform the efforts of the NCI-funded RESPOND Study. RESPOND provided funding for the new UCSF-BUSM-Northwestern study to guide its efforts to perform targeted gene sequencing in tumors from an even larger cohort of Black prostate cancer patients, said Huang, who leads RESPOND’s tumor genetics studies based at UCSF. Through partnerships with Black communities across the country, RESPOND aims to recruit 10,000 Black prostate cancer patients in an effort to better understand the drivers of the disease’s outsize burden among Black Americans.