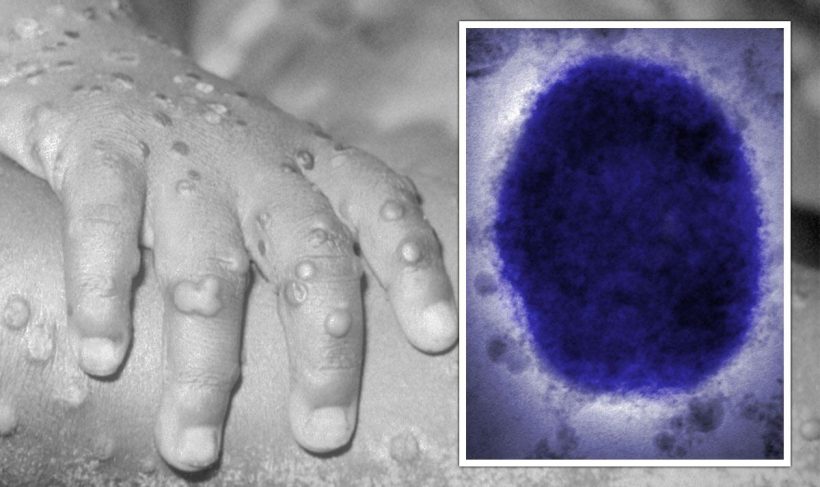 The UKHSA confirmed that it had identified four new monkeypox patients in the UK on Tuesday, bringing the country’s total to eight – six from London, one from the northeast and one from the southeast. Monkeypox is rare in Europe, as infections are traditionally endemic to third world countries. But the UK is not an isolated breakout area, as other European nations have now confirmed cases of their own.

The cases are five of a suspected 20, with an additional 15 under investigation.

Spanish officials have identified eight suspected cases and are currently carrying out tests.

Regional authorities are on alert as Madrid’s National Centre for Microbiology seeks to confirm results.

The centre has advised people to take “great care” while their investigations continue.

Monkeypox cases may also have emerged in the US, where health officials are monitoring six people.

Each patient shared a flight from Nigeria to the UK on May 4 with a “patient zero”, who also caused infections in Britain.

Ms McQuiston questioned whether the UK’s outbreak was the “tip of the iceberg” following its unprecedented reach.

How does monkeypox spread?

Despite its name, rodents are typically responsible for transmitting monkeypox to humans.

Most cases come from African countries or others in southeastern Asia, where people live closer to local animal populations.

People pick up the disease via its symptoms, chiefly the trademark rash or raised bumps on the skin.

The bumps present similarly to chickenpox and secrete fluid before eventually scabbing over.

Fluid and the scabs created by the virus serve as transmission avenues but require proximity.

Monkeypox rarely passes between humans but may pass via infected clothing or bedsheets.

Other symptoms of monkeypox include: