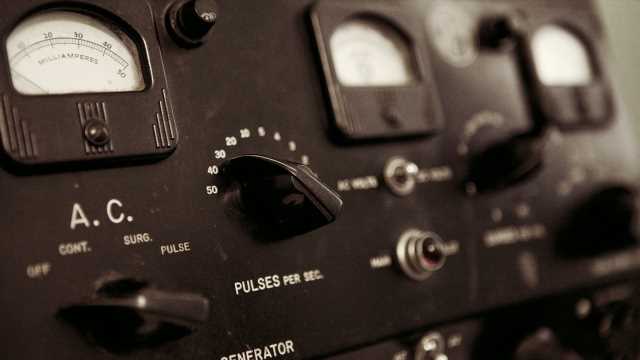 The patient cohort comprised 27,231 men and 40,096 women who had been treated as inpatients. The average age was 45.1 years (range: 18-103 years), and 4982 patients received ECT. The primary endpoint was death by suicide within 365 days of hospital discharge. The secondary endpoints were death not by suicide and total mortality. The cause-specific hazard ratio (csHR) was calculated for patients with ECT, compared with patients without ECT.

In the propensity score-weighted analysis, ECT was linked to a significantly reduced suicide risk (csHR: 0.53; 95% CI, 0.31 – 0.92). According to the calculations, ECT was associated with a significantly decreased total mortality risk (hazard ratio, 0.75; 95% CI, 0.58 – 0.97). However, this was not the case for death from causes other than suicide.

The authors, led by Tyler S. Kaster, PhD, a psychiatrist at Temerty Centre for Therapeutic Brain Intervention, Centre for Addiction and Mental Health, Toronto, Canada, concluded that this study underlines the importance of ECT, in particular for people with severe depression.

ECT has been used for decades as a substantial tool for the treatment of patients with severe mental illnesses. Over the past 15 years, new methods for the treatment of severely depressed patients have been tested, such as vagus nerve stimulation, transcranial magnetic stimulation, and intranasal administration of esketamine. However, in a recent review paper in the New England Journal of Medicine, American psychiatrists Randall T. Espinoza, MD, MPH, University of California, Los Angeles, and Charles H. Kellner, MD, University of South Carolina, Charleston, reported that none of these therapies had proven to be an indisputable substitute for ECT for people with severe depression.

According to these American psychiatrists, the benefit of ECT has been proven many times, and several studies demonstrate the effect on the risk for suicide. Moreover, quality of life is improved, and the rate of new hospital admissions is lowered. ECT can rapidly improve depressive, psychotic, and catatonic symptoms and reduce suicidal urges for certain patient groups.

Studies on ECT involving patients with treatment-refractory depression have shown response rates of 60%–80% and pooled remission rates of 50%–60%. High response rates for ECT have even been reported for patients with psychotic depression or catatonia. In one study that recruited patients with treatment-refractory schizophrenia, the ECT efficacy rates were between 40% and 70%. In some Asian countries, schizophrenia is the main indication for ECT.

Overall, the psychiatrists consider ECT to be a safe and tolerable therapy. The estimated death rate is around 2.1 deaths per 100,000 treatments. The most common complications are acute cardiopulmonary events, which are estimated to occur in less than 1% of treatments. Rare serious adverse events linked to ECT are arrhythmias, shortness of breath, aspiration, and prolonged seizures. The common but mild side effects are headaches, jaw pain, myalgia, nausea, and vomiting after the procedure, as well as fatigue.

Concerns regarding cognitive impairment still represent an obstacle for the use of ECT. However, in today’s practice, ECT leads to fewer cognitive side effects than previous treatments. The authors stated that it is not possible to predict how an individual patient will be affected, but most patients have only mild or moderate cognitive side effects that generally abate days to weeks after an ECT course has ended.

However, retrograde amnesia linked to ECT can last over a year. In rare cases, acute confusion or delirium can develop that requires interruption or discontinuation of treatment. No indications of structural brain damage after ECT have been detected in neuropathological testing. A Danish cohort study involving 168,015 patients with depression, of whom 3.1% had at least one ECT treatment, did not find a link between ECT with a mean period of almost 5 years and increased onset of dementia.

Espinoza and Kellner criticized the fact that, despite its proven efficacy and safety, ECT is used too little. This judgment is nothing new. Psychiatrists have been complaining for years that this procedure is used too little, including Eric Slade, MD, from the University of Baltimore in 2017 and German professors Andreas Fallgatter, MD, and Urban Wiesing, MD, PhD, in 2018. Wiesing and Fallgatter attribute the low level of use to the fact that ECT is labor-intensive, compared with pharmacotherapy.

Another reason is clearly the bad reputation of this method. However, ECT’s poor image, which has only increased over time, is not a convincing argument to forego today’s ECT as a treatment for patients with severe mental illnesses. According to Fallgatter and Wiesing, even the risk of misuse of this method is “not a sufficient argument for categorical refusal, rather for caution at best.” They argued that otherwise “modern medicine would have to renounce many more therapies.”

This article was translated from Univadis Germany.