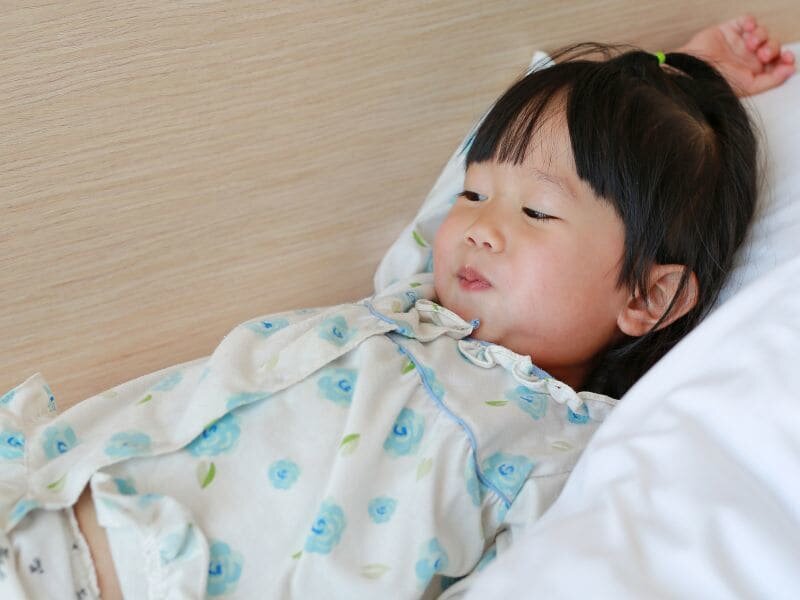 (HealthDay)—Young children with autism are more than twice as likely to have sleep problems than typical kids or those with other developmental delays, a new study reports.

Several factors profoundly affect the sleep of 2- to 5-year-olds with autism spectrum disorder (ASD), said lead researcher Dr. Ann Reynolds. They are more likely to resist their bedtime, have trouble getting to sleep, suffer from anxiety regarding sleep, wake up in the middle of the night, and experience night terrors.

“It was very clear that kids with features of autism have more sleep issues,” said Reynolds, an associate professor of developmental pediatrics at the University of Colorado School of Medicine in Aurora. “For almost all categories, there was a difference between ASD kids and the general population.”

It was already known that kids with autism struggle with sleep. Studies have consistently found that more than half of them and possibly as many as 4 in 5 have at least one chronic sleep problem, according to Autism Speaks.

Reynolds and her team decided to delve deeper into the issue, to see which sleep problems appeared to be more affected by the symptoms of autism. They also wanted to compare kids with ASD to average children and to those who have other disorders that cause developmental delay.

Parents completed a sleep habits questionnaire for all the children. Researchers tallied up the scores, and then compared how well the four groups fared at bedtime.

They found that kids with ASD were more than twice as likely to have serious problems getting quality sleep as kids without autism symptoms.

Children with symptoms of autism scored worse on nearly all aspects of sleep. Only in a couple of areas—sleep apnea and daytime sleepiness—did they appear to have about the same level of difficulty as other kids, Reynolds said.

Autism itself can play havoc with sleep hygiene. Kids with autism can have problems transitioning from one activity to another, or may become so ramped up that they can’t calm down, she said.

“Sleep is a big transition,” Reynolds said. “You’re moving from playing or reading or whatever you’re doing to falling asleep.”

Kids with ASD are more likely to have anxiety or attention-deficit hyperactivity disorder (ADHD), which can also affect sleep, Reynolds said.

Also, those with autism might have problems with their sleep/wake cycle, suffer from seizures that disturb sleep, or have lower levels of the sleep hormone melatonin, according to Autism Speaks.

“The impact on the child and the family of poor sleep is just huge,” Reynolds said. “It can increase difficult behaviors during the day and decreases attention span. For kids who already have some struggles, lack of sleep can make things even more difficult.

“It also has an impact on your physiologic health—obesity, insulin resistance and even immune function are influenced by poor sleep,” she said.

And poor sleep affects everyone in the household. “It also impacts the family, especially in these young children who, if they’re up, mom and dad are up as well,” Reynolds said.

As each child with autism is unique, so too are their sleep problems, said Donna Murray, vice president of clinical programs and head of the Autism Treatment Network at Autism Speaks.

That means parents and doctors will have to figure out the specific causes of each child’s sleep problems and address them individually.

“We may have a number of issues that contribute to sleep problems at the same time,” Murray said. “We may have to run to some simultaneous interventions to address sleep.”

For example, some kids may need to take melatonin supplements under their doctor’s supervision, Reynolds said. They also may need a specific calming routine prior to bedtime.

“You have to take into account they may have sensory differences or more difficulty with calming,” Reynolds said. “They may be more sensitive to light or noise, and things that are calming to one child may not be calming to a child with autism spectrum disorder.”