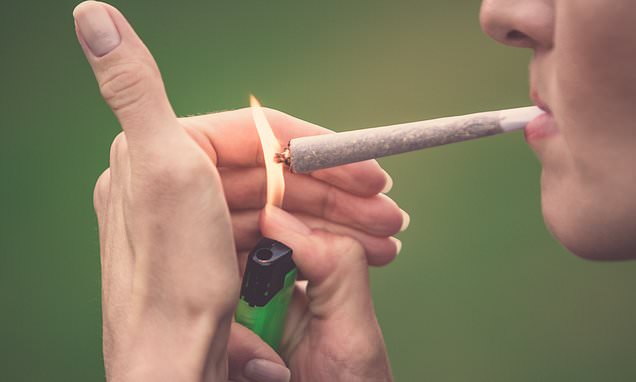 Cannabis could help treat PTSD: Patients battling the disorder who use the drug ‘are far less likely to suffer suicidal thoughts’

A study of more than 24,000 people found that using cannabis appeared to cancel out the effects of having PTSD.

Among people who used cannabis, however, having PTSD was not found to have any noticeable effect on someone’s chances of having either mental health problem.

Cannabis, which is legal for recreational and medicinal purposes in Canada, regularly comes under fire for damaging mental health.

Skunk, a super-strong strain of the drug often purposely grown by street dealers, has been heavily linked to schizophrenia.

But a University of British Columbia paper has found evidence the drug could be good for mental health – despite claims to the contrary. 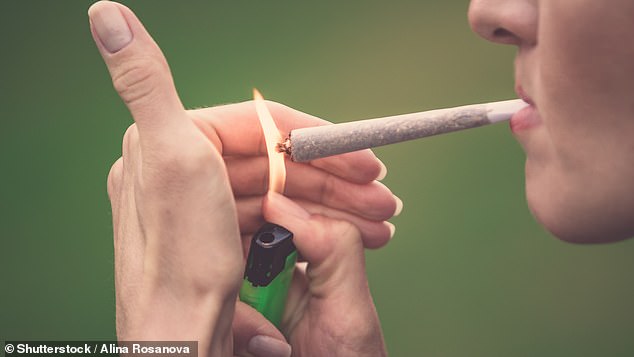 The study claims to be the first to investigate the outcomes of PTSD patients using cannabis.

Cannabis use was much less prevalent in patients without PTSD – only 11 per cent claimed to use the drug.

PTSD patients who didn’t use cannabis faced a seven-fold greater risk of suffering a depressive episode, compared to Canadians without the disorder.

And they also faced nearly a four-fold higher risk of considering suicide, compared to patients without the disorder.

But among volunteers who did use cannabis, PTSD was not statistically associated with either bouts of depression or suicidal thoughts.

Compared to non-PTSD patients who did use cannabis, they were 70 and 66 per cent more likely to develop depression and suicidal thoughts, respectively.

Someone with PTSD often relives the traumatic event through nightmares and flashbacks, and may experience feelings of isolation, irritability and guilt.

They may also have problems sleeping, such as insomnia, and find concentrating difficult.

These symptoms are often severe and persistent enough to have a significant impact on the person’s day-to-day life.

PTSD can develop immediately after someone experiences a disturbing event or it can occur weeks, months or even years later.

The results took into account factors that may have altered the risk, including martial status, income, ethnicity and education.

Ms Lake and colleagues published their study, which they describe as promising, in the Journal of Psychopharmacology.

Although the study did not establish a definitive reason for why cannabis helps PTSD, she theorised that cannabinoid receptors in the brain help to regulate people’s sleep, but these receptors are damaged by trauma.

Ms Lake said: ‘So when you introduce external cannabinoids to the body, it might help to get the system working as normal again.’

And she added: ‘This is the first time results from a nationally representative survey have shown the potential benefits of treating the disorder with cannabis.’

Ian Hamilton, senior lecturer in addiction and mental health at York University, told MailOnline: ‘It’s not unusual for people with problems like PTSD to use drugs like cannabis as a way of coping with disturbing thoughts and feelings.

‘However this is not without its risks, so while some people with PTSD might find that cannabis helps dampen down their symptoms they run the risk of developing dependence on cannabis which only adds to their problems.

‘To minimise this risk, it is important to develop this line of research, in particular how much and how often does cannabis need to be taken to potentially reduce suicidal thoughts and symptoms of depression.

‘Rather than rely on street cannabis it would be far better and safer to provide medical grade cannabis and have this supervised by a doctor or nurse.’

PTSD is an anxiety disorder caused by frightening life events which continue to burrow away in one’s mind.

It is especially observed in armed forces veterans who witness horrifying events in conflict.

Canada is estimated to have one of the highest prevalence estimates of lifetime PTSD globally, affecting some 9.2 per cent of the population.

Symptoms of the disorder are grouped into three classifications: re-experiencing, hyper-arousal and avoidance and numbing behaviours.