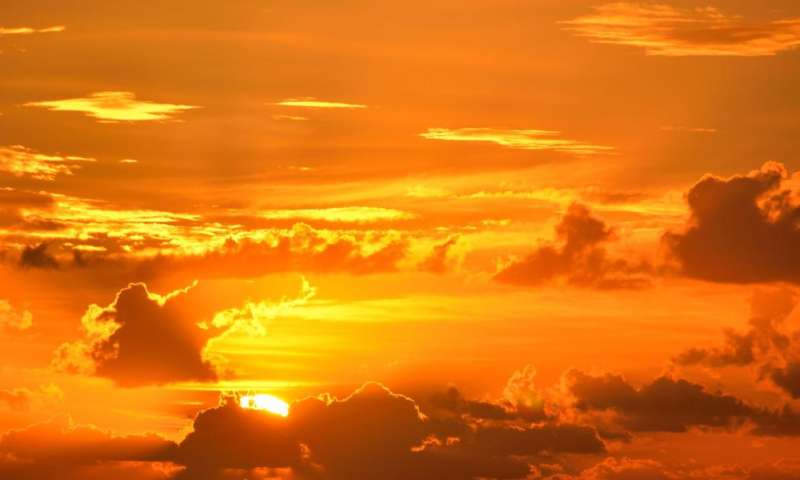 One of the biggest challenges to reducing hunger and undernutrition around the world is to produce foods that provide not only enough calories but also make enough necessary nutrients widely available. New research finds that, over the next 30 years, climate change and increasing carbon dioxide (CO2) could significantly reduce the availability of critical nutrients such as protein, iron, and zinc, compared to a future without it. The total impacts of climate change shocks and elevated levels of CO2 in the atmosphere are estimated to reduce growth in global per capita nutrient availability of protein, iron, and zinc by 19.5%, 14.4%, and 14.6%, respectively.

“We’ve made a lot of progress reducing undernutrition around the world recently but global population growth over the next 30 years will require increasing the production of foods that provide sufficient nutrients,” explained Senior Scientist at the International Food Policy Research Institute (IFPRI) and study co-author Timothy Sulser. “These findings suggest that climate change could slow progress on improvements in global nutrition by simply making key nutrients less available than they would be without it”.

The study, “A modeling approach combining elevated atmospheric CO2 effects on protein, iron and zinc availability with projected climate change impacts on global diets,” was co-authored by an international group of researchers and published in the peer-reviewed journal, Lancet Planetary Health. The study represents the most comprehensive synthesis of the impacts of elevated CO2 and climate change on the availability of nutrients in the global food supply to date.

Using the IMPACT global agriculture sector model along with data from the Global Expanded Nutrient Supply (GENuS) model and two data sets on the effects of CO2 on nutrient content in crops, researchers projected per capita availability of protein, iron, and zinc out to 2050.

Improvements in technology, and markets effects are projected to increase nutrient availability over current levels by 2050, but these gains are substantially diminished by the negative impacts of rising concentrations of carbon dioxide.

While higher levels of CO2 can boost photosynthesis and growth in some plants, previous research has also found they reduce the concentration of key micronutrients in crops. The new study finds that wheat, rice, maize, barley, potatoes, soybeans, and vegetables are all projected to suffer nutrient losses of about 3% on average by 2050 due to elevated CO2 concentration.

The effects are not likely to be felt evenly around the world, however, and many countries currently experiencing high levels of nutrient deficiency are also projected to be more affected by lower nutrient availability in the future.

Nutrient reductions are projected to be particularly severe in South Asia, the Middle East, Africa South of the Sahara, North Africa, and the former Soviet Union—regions largely comprised of low- and middle-income countries where levels of undernutrition are generally higher and diets are more vulnerable to direct impacts of changes in temperature and precipitation triggered by climate change.

“In general, people in low- and middle-income countries receive a larger portion of their nutrients from plant-based sources, which tend to have lower bioavailability than animal-based sources,” said Robert Beach, Senior Economist and Fellow at RTI International and lead author of the study.

This means that many people with already relatively low nutrient intake will likely become more vulnerable to deficiencies in iron, zinc, and protein as crops lose their nutrients. Many of these regions are also the ones expected to fuel the largest growth in populations and thus requiring the most growth in nutrient availability.

The impact on individual crops can also have disproportionate effects on diets and health. Significant nutrient losses in wheat have especially widespread implications. “Wheat accounts for a large proportion of diets in many parts of the world, so any changes in its nutrient concentrations can have substantial impact on the micronutrients many people receive,” added Beach.

Protein, iron, and zinc availability in wheat are projected to be reduced by up to 12% by 2050 in all regions. People will likely experience the largest decreases in protein availability from wheat in places where wheat consumption is particularly high, including the former Soviet Union, Middle East, North Africa, and eastern Europe.

In South Asia, where the population’s iron intake already sits well below the recommended level-India exhibits the highest prevalence of anemia in the world—iron availability is projected to remain inadequate. What’s more, elevated carbon levels push the average availability of zinc in the region below the threshold of recommended nutrient intake.

Although the study’s models were limited to 2050, Sulser added, “extending the analysis through the second half of this century, when climate change is expected to have even stronger impacts, would result in even greater reductions in nutrient availability.”

Researchers also emphasized the need for further work to build upon their findings, including additional study of climate impacts on animal sources, such as poultry, livestock, and fisheries, crops’ nutritional composition, nutrient deficiencies resulting from short-term climate shocks, and technologies that could mitigate reductions in nutrient availability.

Quantifying the potential health impacts for individuals also requires a consideration of the many factors beyond food consumption—including access to clean water, sanitation, and education—that influence nutrition and health outcomes.