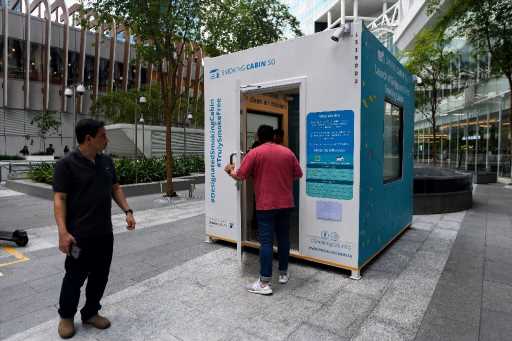 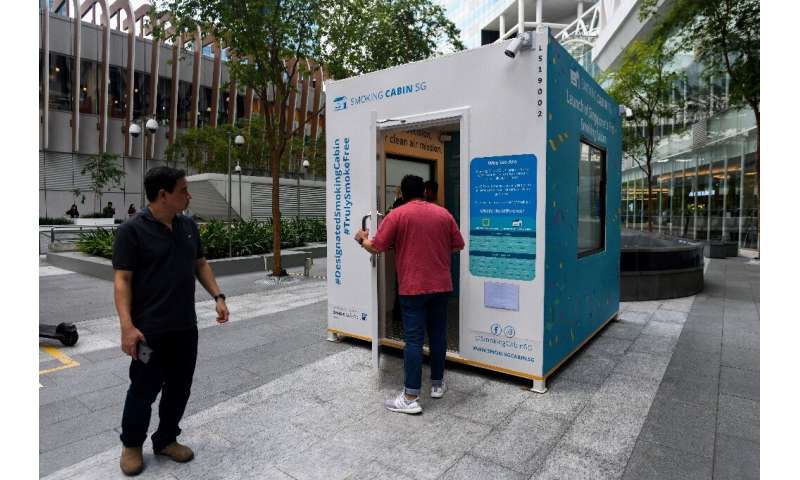 Smokers in Singapore will no longer have to sneak a drag on the street, with the launch of the city-state’s first air-conditioned “smoking cabin”, but the experience won few fans among cigarette puffers on Wednesday.

The city-state has some of the world’s strictest anti-tobacco laws and smoking is banned in most public places, with a fine of up to Sg$1,000 ($725) if caught. E-cigarettes are also banned outright.

The new cabins, which are fitted with a Danish filtration system that can purify cigarette smoke before it is released into the air, can reportedly fit up to 10 people at a time.

But tobacco enthusiasts appeared unimpressed, with many choosing to light up at a nearby open-air smoking corner instead.

“The atmosphere in there is stifling, honestly. Because it’s so small and squeezy, I feel a bit like a second-class citizen smoking in there,” e-commerce executive Azfar Zain told AFP after using the cabin.

“There are no seats, either. I’m not comfortable with smoking there unless they make the room bigger.”

Office worker Rama Dass said he preferred to smoke outside, adding, “sometimes I just need a bit of fresh air”.

Singapore-based Southern Globe Corporation, which launched the cabin on Tuesday, said it planned to deploy 60 such structures by the end of the year. 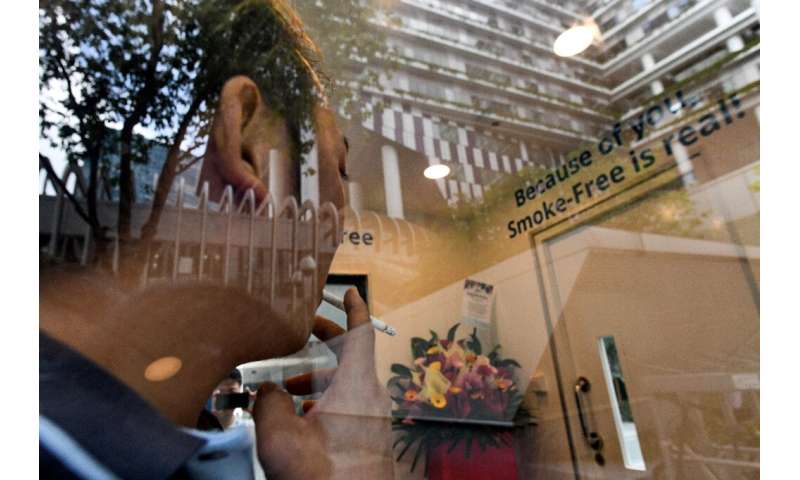 Singapore first introduced anti-tobacco laws in the 1970s as part of a national effort to reduce smoking.