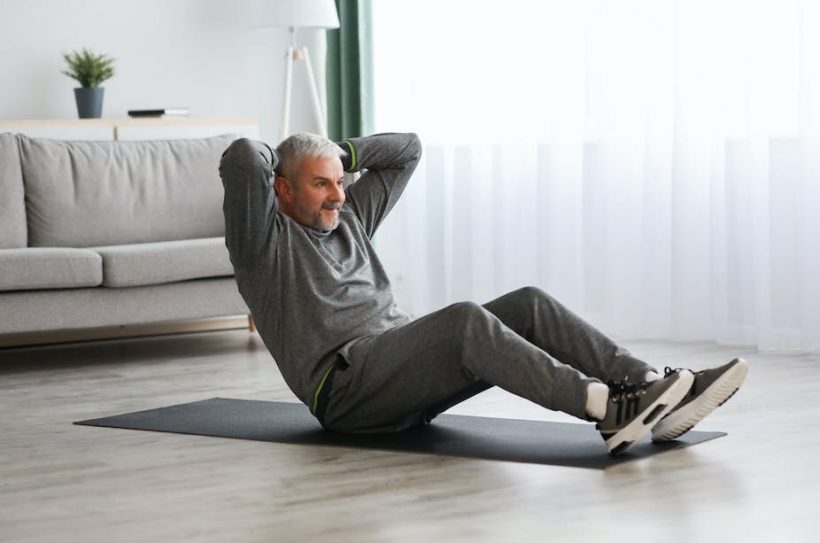 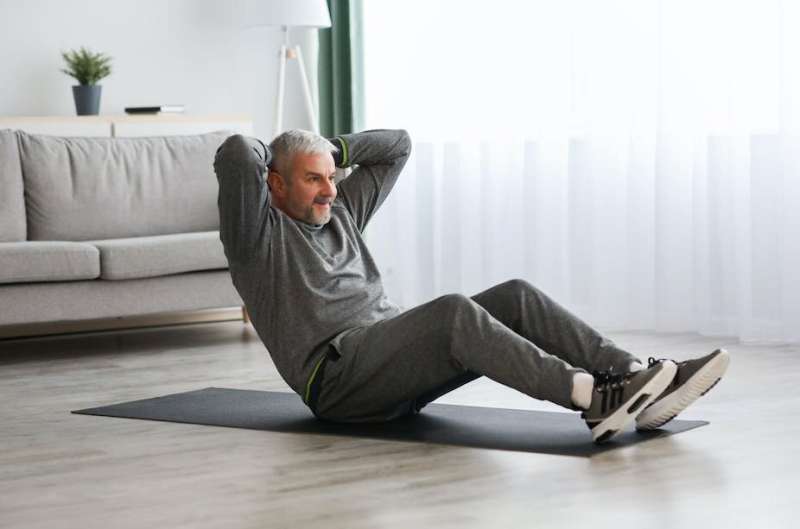 Many people who want to lose weight have a particular area of their body that they wish they could lose fat from most—whether that’s their stomach, arms or thighs. But while there’s no shortage of videos and guides online talking about how to best “blast fat” from these so-called problem areas, the evidence for whether or not spot reducing fat is actually possible remains mixed.

The mechanics of weight loss are quite straightforward and are rooted in the laws of thermodynamics. Basically this means that in order to lose weight, you must expend more calories than you consume.

You can increase your expenditure either by moving more daily (though exercising may come with the downside of increasing appetite for some people) or restricting calorie intake. This is often the most effective weight loss method.

But where you actually lose this weight isn’t quite so straightforward. This is because where our bodies store fat is governed by our hormones.

However, hormones also vary from person to person—which can further effect where you store fat. Genetics, diet and even exercise levels are all factors.

But just as we can’t choose where our body stores fat, we can’t choose where we lose it. When we lose weight, we tend to see fat loss from regions where there’s more of it—losing weight more in the torso followed by the legs and then arms. This weight loss pattern is dictated by your sex, genetics and age—especially in women.

Some hope, however, that by exercising a particular muscle group, you may be able to increase fat loss in that region. For example, many people do sit-ups in the hope that this will help them get rid of stomach fat. But the evidence for whether or not spot reduction works is still mixed, despite many years of study.

When it comes to losing weight through exercise, the body must break down our stored fat (called adipose tissue) into fatty acids. These then enter the blood stream, where they’re delivered to our working muscles where they can be burned as fuel for exercise. Aerobic exercise like cycling or running at 50–70% of our maximum exercise capacity is known as our “fatmax” and is best for burning fat.

Interestingly, some evidence does actually support spot fat reduction. Research as far back as the 1960s shows that fat loss from exercise was actually greater in regions which were exercised. More recently, a 2021 study has shown it’s possible to spot reduce fat in the abdominal area after 12 weeks of ab exercises when compared with people who only did general, full-body resistance exercises.

Research has also suggested that fat stores in the body are regulated somewhat separately through differences in biochemical processes. This means that, at least in theory, fat loss in the body can be targeted.

Other evidence shows that blood flow and fat burning (known as lipolysis) is greater in fat tissue next to muscle that is being exercised, compared with muscles that aren’t being used. So in theory, spot fat reduction is possible. However, this study was in active young males—so it’s uncertain whether the same effect will be seen in other groups of people.

But while some studies have shown spot reduction to be possible, many others have found that spot reduction has no effect. A local increase in lipolysis is only the first of many steps to move fat into the blood where it can be used by the muscles for energy, eventually leading to weight loss. Increased local lipolysis does not therefore equal spot fat reduction. Working a single muscle group also recruits fewer muscles and burns fewer calories than whole body exercises—so you’re less likely to see overall weight loss.

To understand the consensus on a research area, scientists use systematic reviews and meta-analyses. These summarize the findings of several independent studies on the same topic to determine an overall trend. A meta-analysis published earlier this year concluded that localized muscle training has no spot fat reduction effect. This might be our strongest conclusion to date that spot reduction likely doesn’t work.

But while exercise can’t help you spot reduce fat, there are pharmaceutical and surgical methods that can. Topical creams or injections can work to manipulate fat receptors to spot reduce fat, with research showing aminophylline cream in particular can reduce waist circumference by 6cm more than a placebo in overweight men and women. These methods carry many risks so are not to be taken lightly.

Building muscle mass in our body can certainly increase our capacity to burn calories—including fat. This can help to reshape our body, similar to what is intended with spot fat reduction. But there is a catch. Increasing overall muscle mass will help more than localized muscle growth if the goal is ultimately to lose fat.

Provided by
The Conversation

This article is republished from The Conversation under a Creative Commons license. Read the original article.