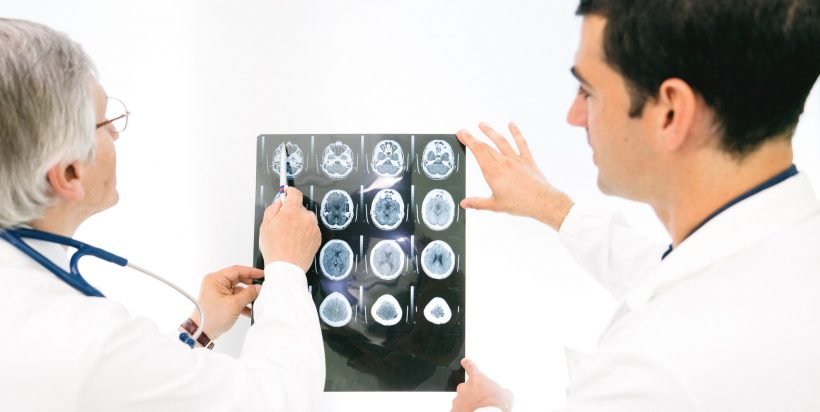 In July 2000, as the World Alzheimer Congress convened in Washington, D. C., there was a moment—a “dawning sense that scientists could be on the verge of stemming the epidemic,” Time magazine put it—when a treatment for the disease seemed imminent. Science was pouring minds and dollars into solving this devastating problem that creates total neurological meltdown and can break apart and bankrupt families.

Spoiler alert: Nope. Almost two decades later, the heartbreaking and costly illness first identified by Alois Alzheimer in 1906 is more prevalent than ever. Nearly six million Americans currently find themselves somewhere on the grim march of Alzheimer’s progression, a number that’s projected to reach nearly 14 million by 2050. While Alzheimer’s often doesn’t show up in a tangible way until your 70s or later, the brain changes associated with it begin decades earlier. The surge of money that inspired that optimism has failed to produce a drug that brings anything more than a modest, temporary improvement in symptoms once they show up—if that.

The dearth of progress has some researchers rethinking everything they’ve been taught about what Alzheimer’s disease is and how it works. Although the ranks of these scientists are small, the idea uniting them is a big one: that Alzheimer’s is caused by germs. And not some exotic new germ but the same microscopic organisms that cause things like gum disease and cold sores. Most brains accumulate pathogens as they age—blood vessels become leakier, making the blood-brain barrier more porous. These scientists think some of the germs that infiltrate the brain may be the instigators of the changes that become Alzheimer’s.

If this so-called microbial protection hypothesis proves out—and supporting evidence has been piling up—it will point the way to a new and radical approach to stop the buildup of a protein called beta-amyloid. These proteins accumulate in the brains of Alzheimer’s patients, making up telltale deposits called plaques that are associated with dementia. For 30 years, scientists thought beta-amyloid was a functionless rogue protein and tried to halt its accumulation by degrading it or blocking its production. The bug-hunting new guard thinks this old hypothesis is knocking on the wrong cellular doors. Maybe beta-amyloid isn’t the actual problem after all; maybe it’s a symptom of something else.

Could Alzheimer’s Come Down to Germs?

In his Cambridge lab, Harvard Medical School professor Robert Moir, Ph.D., has helped pinpoint that something with experiments showing that beta-amyloid can act as an antimicrobial—it kills pathogens in petri dishes and in the brains of mice. Beta-amyloid’s presence in the brains of people with Alzheimer’s, then, suggests it’s there to fight some underlying infection. To target beta-amyloid without addressing the infection, Moir says, “is like trying to put out a forest fire without blowing out the match that caused it.”

Moir has managed to make headway despite limited support from the National Institutes of Health, which has favored investigations that view beta-amyloid as the exclusive cause of Alzheimer’s. Since his first and only NIH grant ran out in 2014, Moir, despite his pioneering work, has struggled to land a second. This lack of funding could change soon, thanks to the efforts of individuals like Leslie Norins, M.D., Ph.D., a retired publisher of medical newsletters who is offering a $1 million prize to the person(s) who can prove a role for microbes in Alzheimer’s.

A former infectious-diseases researcher, Norins ticks off some of the clues, scattered around the medical literature, that convinced him the microbe idea needed more research. Neurosurgeons, who routinely handle brain tissue, have been reported to die from Alzheimer’s at an unusually high rate. One study indicated that married people taking care of spouses with dementia suffered similar cognitive impairment more often than those taking care of spouses for other reasons. Autopsies have detected viral DNA in amyloid plaques. Various studies have associated noticeable improvements in symptoms or outcomes with antibiotics or antivirals.

To Norins, it all fit the pattern of a certain kind of germ—the kind, like tuberculosis, leprosy, or HIV, that flourishes only under very particular conditions, helping it elude detection. Competing research teams point to different suspects, with the short list including herpes simplex 1, chlamydia, and Toxoplasma gondii. Silicon Valley isn’t waiting around for consensus. One start-up called Cortexyme is currently ramping up enrollment of subjects for a phase II study of a drug that targets a pathogen called Porphyromonas gingivalis. Better known for causing gum disease, P. gingivalis has been found in the brains of Alzheimer’s patients and causes the unique pathology of the disease in mice. In a previous study, members of the (very small) treatment group showed a trend toward improvement on several measures of cognitive function after just 28 days.

The research lines on multiple microbes aren’t mutually exclusive. “There may not be one ‘Alzheimer’s disease.’ It could be there are five,” says George Perry, Ph.D., who edits the Journal of Alzheimer’s Disease. But they may be related. Moir suspects Alzheimer’s begins with a dysbiosis, a disruption that occurs when the body’s normal microbiome falls out of balance, letting one bug or another run wild. In one intriguing experiment, disrupting the gut microbiomes of fruit flies designed to develop Alzheimer’s aggravated their neuron loss. “If you want to stop Alzheimer’s before it occurs, it may involve treating microbial imbalances,” says Moir. Gut dysbiosis could increase the permeability of the gut wall so microbes make it into the blood and eventually the brain. Figuring out how to tame the right microbes could make it possible for you to stay mentally fit as you age, undamaged by this progressive disease.

The knowledge that any one of a half-dozen common germs might cause cognitive decline isn’t exactly reassuring. But the toolkit’s not empty of options that might reduce your risk. (Staying away from people with Alzheimer’s isn’t one of them, by the way.) A number of studies have shown that frequent exercise can delay the progression of Alzheimer’s in people who have genetic variants that put them at higher risk for the disease. Maintaining high fitness helps with most aspects of aging, of course, and keeps vascular walls healthy. Poor dental hygiene has been linked to heart disease as well as dementia, so make an extra effort to keep your teeth and gums healthy.

However the microbe hypothesis turns out, you’ll want to keep your gut microbiome in balance, since it’s connected to better health overall. “Eat a high-nutrient diet that’s rich in fiber,” says Perry. Fiber helps healthy bacteria flourish, and a diet low in junky foods helps keep vessels strong. And while it’s not germ-related, experts like Moir love to remind you to feed your mind. “Interacting with friends is emerging as the key protective factor for a bunch of late-life diseases,” he says, “including Alzheimer’s.”