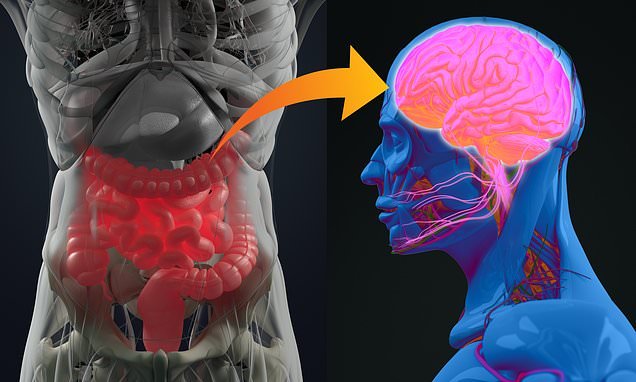 The gut’s link to Alzheimer’s: Scientists discover common human gut yeast CAN move up into the brain to cause dangerous inflammation

A fungi typically found in the gut could be a key factor in Alzheimer’s disease, scientists say.

Candida albicans is pathogenic yeast that lives in the human gastrointestinal tracts.

But researchers found that when it was injected into a mouse’s bloodstream, it was able to cross the brain’s protective barrier and triggered inflammation, that eventually caused memory loss.

Looking closer, they saw the rodent’s brains had developed tissue structures similar to those seen in people with Alzheimer’s.

The study is the latest to suggest gut bacteria plays a crucial role in neurodegenerative disease, and offers a clear target for researchers to examine while they work towards a treatment or even a cure. 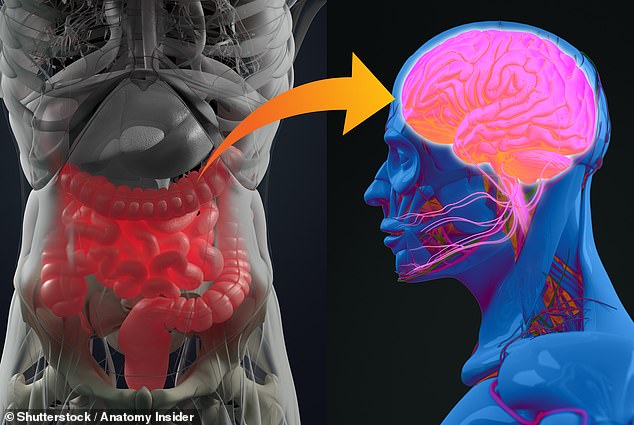 Researchers at Baylor College of Medicine in Texas found, yet again, that gut bacteria plays a role in brain diseases – but this time they found a clear target for researchers to examine

Professor Dr David Corry at the Baylor College of Medicine in Houston, Texas, explained: ‘An increasing number of clinical observations by us and other groups indicates that fungi are becoming a more common cause of upper airway allergic diseases such as asthma, as well as other conditions such as sepsis, a potentially life-threatening disease caused by the body’s response to an infection.’

He added fungal infections causing airway allergic diseases and sepsis have been associated with increased risk for dementia later.

Dr Corry said: ‘These observations led us to investigate the possibility that fungus might produce a brain infection and, if so, the consequences of having that kind of infection.’

The effect was reversed ten days later when the infection cleared – but some cells remained active.

Dr Corry said: ‘We thought that yeast would not enter the brain, but it does.

‘In the brain, the yeast triggered the activity of microglia, a resident type of immune cell.

‘The cells became very active “eating and digesting” the yeast.

‘They also produced a number of molecules that mediated an inflammatory response leading to the capture of the yeasts inside a granule-type structure inside the brain.

‘We called it fungus-induced glial granuloma, or FIGG.’

The study found yeast infected mice had impaired spatial memory, which reversed when the infection cleared.

The mice cleared the yeast infection in about 10 days.

However, the microglia remained active and the FIGGs persisted well past this point, out to at least day 21.

Intriguingly, as the FIGGs formed, amyloid precursor proteins accumulated within the periphery and amyloid beta molecules built up around yeast cells captured at the center of FIGGs.

These amyloid molecules are typically found in plaques that are the trademark of Alzheimer’s disease.

The team hope the findings will lead to support for future studies on the long-term neurological consequences of this type of yeast infection.

‘The results prompted us to consider the possibility that in some cases, fungi could also be involved in the development of chronic neurodegenerative disorders, such as Alzheimer’s, Parkinson’s and multiple sclerosis.

‘If we better understand how our immune system deals with this kind of constant threat and what the weaknesses are in our immunological armor that occur with ageing and allow fungal disease to take root – then we would likely increase the possibility of finding ways to fight back.’

The study was published in the journal Nature Communications.