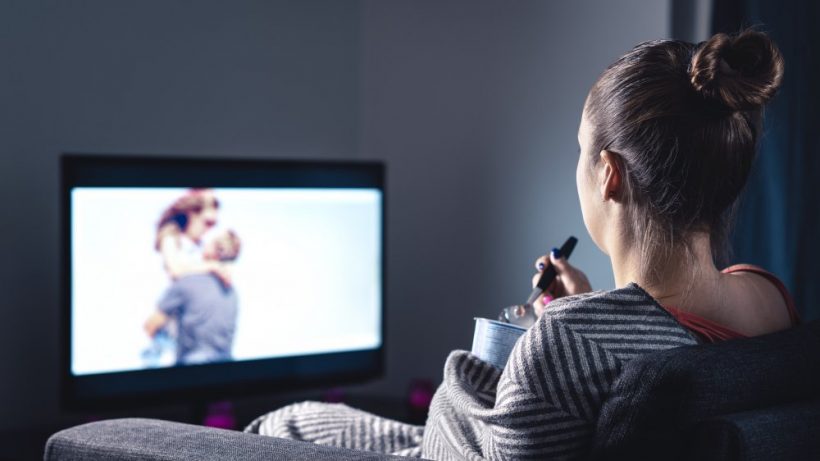 Turns out, those binge-watching sessions of I May Destroy You may be destroying your waistline. New research from the University of Sussex in England found eating while engrossed in something perceptually demanding makes it harder to notice when you feel full (via Appetite). Study researchers gave 120 participants either high- or low-calorie drinks while they completed tasks demanding different degrees of attention. Those engaged in the more demanding tasks ate roughly the same amount of snacks versus those in the less cognitively engaging group. However, those in the latter group who ingested the high-calorie drink wound up eating 45 percent less than those who drank the low-calorie beverage, indicating an ability to adjust their eating based on the number of calories previously consumed.

“Our study suggests that if you’re eating or drinking while your attention is distracted by a highly engaging task, you’re less likely to be able to tell how full you feel,” explained Martin Yeomans, a professor from the School of Psychology at the University of Susses (via Newswise). “This is important for anyone wanting to stay a healthy weight: if you’re a habitual TV-watching snacker … you’re not likely to notice when you feel full.” That means the more binge-able your show, the more you might overeat.

How to not gain weight while watching TV

So, what to do the next time you can’t resist settling in with plenty of snacks, your remote, and Netflix? To avoid packing on the pounds, Susan Albers, a clinical psychologist, suggests breaking up the behaviors by making use of the pause button on your remote (via Cleveland Clinic). “It’s fine to have a snack while watching TV, but take a break and move over to the table to have your snack, and then come back to the TV,” she advises.

On those nights when you can’t take a break, choose healthy snacks: Air-popped popcorn, raw veggies, fruit, and water will all fill you up without filling you out, according to Consumer Reports. Or turn your TV watching into a date night activity so you’re not watching by yourself: “Sometimes watching TV with other people can be helpful, because we role model our behavior with them,” Albers explains. “We tend to not mindlessly eat as much when we’re with someone else.”