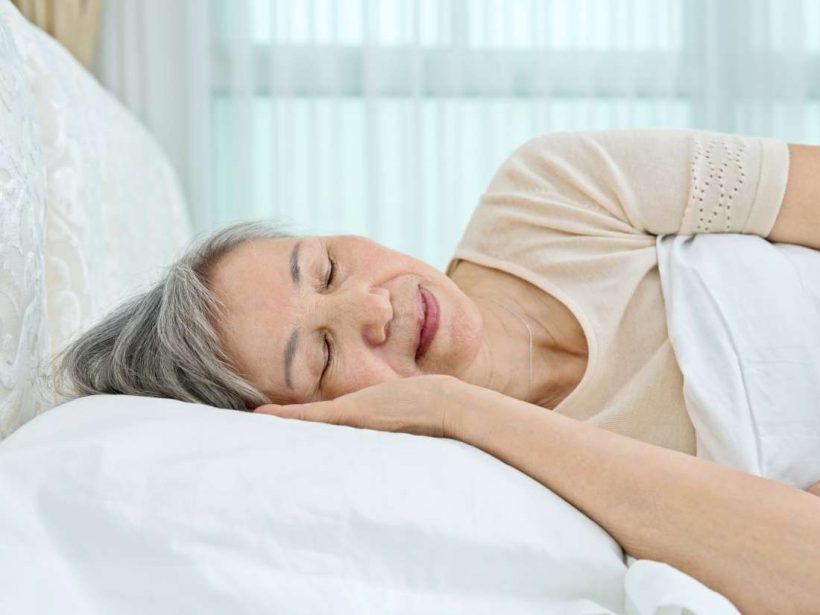 One in 3 adults in the United States, or 35 percent of the adult population, do not get enough sleep.

The effects of sleep deprivation on the brain are numerous, from inducing an inebriation-like state of cognitive impairment to hindering our ability to learn and form new memories.

A lack of sleep impairs the brain’s natural mechanisms for relieving pain, finds the new study, which draws attention to potential links between the public health crises of sleep deprivation, chronic pain, and prescription opioid addiction.

In the U.S., over 20 percent of the population, or around 50 million adults, are living with chronic pain, according to recent estimates. The Centers for Disease Control and Prevention (CDC) report that, on average, around 130 people in the U.S. die from an opioid overdose every day.

Matthew Walker, a professor of neuroscience and psychology at the University of California in Berkeley carried out the study, together with doctoral candidate Adam Krause.

Walker and Krause induced pain in 24 healthy, young study participants by applying heat to their legs. As they were doing so, the scientists scanned the participants’ brains, examining the circuits that process pain.

The participants did not have any problems sleeping or any pain-related disorders at the beginning of the study.

The scientists started by recording each participant’s pain threshold after a good night’s sleep by scanning their brain with a functional MRI machine while applying increasing levels of heat to the participant’s skin.

Once the scientists had established the person’s pain threshold, they repeated the procedure after a night of no sleep.

“Across the group, [the participants] were feeling discomfort at lower temperatures, which shows that their own sensitivity to pain had increased after inadequate sleep,” reports Krause, the study’s lead author.

“The injury is the same,” he explains, “but the difference is how the brain assesses the pain without sufficient sleep.”

The researchers found that the brain’s somatosensory cortex, a region associated with pain sensitivity, was hyperactive when the participants hadn’t slept enough. This confirmed the hypothesis that sleep deprivation would interfere with pain-processing neural circuits.

However, a surprising finding was that the activity in the brain’s nucleus accumbens was lower than usual after a sleepless night. The nucleus accumbens releases the neurotransmitter dopamine, which increases pleasure and relieves pain.

“Sleep loss not only amplifies the pain-sensing regions in the brain but blocks the natural analgesia centers, too,” explains Prof. Walker.

Finally, the researchers found that the brain’s insula, which assesses pain signals and prepares the body’s reaction to pain, was also underactive.

“This is a critical neural system that assesses and categorizes the pain signals and allows the body’s own natural painkillers to come to the rescue,” notes Krause.

‘Sleep is a natural analgesic’

To replicate their findings, the researchers also conducted a survey of over 230 adults who were registered in Amazon’s Mechanical Turk online marketplace. The participants reported their sleep patterns and pain sensitivity levels over several days.

The scientists found that the smallest changes in the participants’ sleep patterns correlated with changes in pain sensitivity.

“The results clearly show that even very subtle changes in nightly sleep — reductions that many of us think little of in terms of consequences — have a clear impact on your next-day pain burden,” Krause says.

Walker comments on the findings, noting, “the optimistic takeaway here is that sleep is a natural analgesic that can help manage and lower pain.”

“Yet ironically, one environment where people are in the most pain is the worst place for sleep — the noisy hospital ward.”

“Our findings suggest that patient care would be markedly improved, and hospital beds cleared sooner, if uninterrupted sleep were embraced as an integral component of healthcare management.”