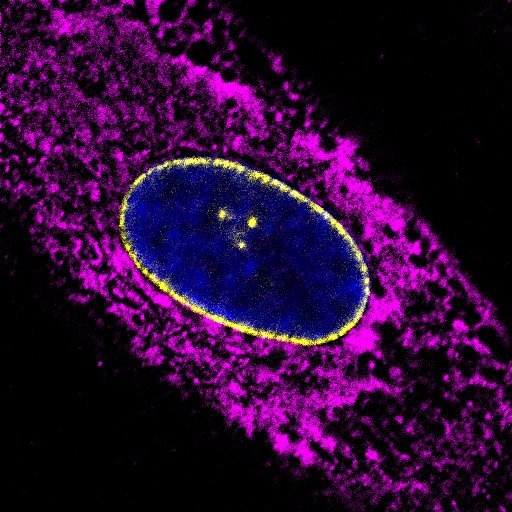 Doctors have long observed that biological age and chronological age are not always one and the same. A 55-year-old may exhibit many signs of old age and have numerous age-related diseases, whereas an 80-year-old may be healthy and robust. While diet, physical activity and other factors play a role, there are many contributors as to why and how some people age better than others. Those contributors remain poorly understood.

For a study published December 19, 2018 in Genome Biology, a collaborative team at the Salk Institute analyzed skin cells ranging from the very young to the very old and looked for molecular signatures that can be predictive of age. Developing a better understanding of the biological processes of aging could eventually help to address health conditions that are more common in old age, such as heart disease and dementia.

“This experiment was designed to determine whether there are molecular signatures of aging across the entire range of the human life span,” says co-senior author Saket Navlakha, an assistant professor in Salk’s Integrative Biology Laboratory. “We want to develop algorithms that can predict healthy aging and non-healthy aging, and try to find the differences.”

“The study provides a foundation for quantitatively addressing unresolved questions in human aging, such as the rate of aging during times of stress,” says Professor Martin Hetzer, co-senior author, as well as Salk’s vice president and chief science officer.

The researchers focused on a type of skin cell called dermal fibroblasts, which generate connective tissue and help the skin to heal after injury. They chose this type of cell for two reasons: first, the cells are easy to obtain with a simple, non-invasive skin biopsy; second, earlier studies indicated that fibroblasts are likely to contain signatures of aging. This is because, unlike most types of cells that completely turn over every few weeks or months, a subset of these cells stays with us our entire lives.

The investigators analyzed fibroblasts taken from 133 healthy individuals ranging in age from 1 to 94. To get a representative sample, the team studied an average of 13 people for each decade of age. The lab cultured the cells to multiply, then used a method called RNA sequencing (RNA-Seq) to look for biomarkers in the cells that change as people get older. RNA-Seq uses deep-sequencing technologies to determine which genes are turned on in certain cells. Using custom machine-learning algorithms to sort the RNA-Seq data, the team found certain biomarkers indicating aging, and were able to predict a person’s age with less than eight years error on average.

“We took a ‘kitchen sink’ approach with this project,” says first author Jason Fleischer, a Salk postdoctoral fellow. “Rather than going into this research with an idea of what we wanted to find, we decided to look at the changes in expression of all the protein-coding genes and let the algorithms sort it out. We used what’s called an ensemble machine-learning method to do this.”

The analysis from the Salk team was different from earlier approaches taken by other labs to study biological aging. Most previous studies focused on changes at only a few DNA methylation sites, rather than looking at changes of expression on the whole genome. The dataset was also much larger than any research of this type that’s ever been done before, because it included so many people representing a range of decades. The researchers have made the data public so that other investigators can use it.

To validate the algorithm, the team also used fibroblasts from 10 patients with progeria, a genetic disease characterized by accelerated aging. Based on analysis of the molecular signatures from these patients, who ranged in age from two to eight, the model predicted them to be about a decade older than their calendar age.

“The fact that our system can predict this kind of aging shows that this model is starting to get at the true underpinnings of biological age,” Fleischer says.

Although this study uncovered age-related biomarkers, the investigators emphasize that just because something is predictive of aging doesn’t mean it is the cause of aging. In the meantime, however, if the findings are validated, doctors could use this type of analysis to determine when to begin screening their patients for age-related conditions and to advise them about healthy lifestyle choices.

More research needs to be done before any preventive treatments could be developed. One of the next steps of this research will be look for these signatures in other types of cells.