In the first paper to emerge from a series of research projects aimed at understanding the health needs of older adults who identify as lesbian, gay, bisexual, transgender and queer (LGBTQ), Jason Flatt of the Institute for Health & Aging at the UC San Francisco School of Nursing found that nearly 25 percent of the LGBT adults aged 50 and older in his study had subjective cognitive decline, a potential indicator of a future Alzheimer’s diagnosis. According to the Alzheimer’s Association, only 10 percent of the overall population of the United States aged 65 and older has Alzheimer’s dementia.

The disparity not only invites further questions about how the incidence and prevalence rates of dementia among LGBTQ adults compare with those in other populations and why they may differ, but it also speaks to the importance of the entire body of research that Flatt is pursuing.

According to the American Psychological Association, 2.4 million people over age 65 in the U.S. identify as LGBT. In this community, the common challenges of aging are often compounded by health disparities that can arise in connection with decades of discrimination. The disparities include reduced access to health care, minority stress and lack of social support. Through his diverse and expanding research program, Flatt is uncovering new insights about this understudied population to better understand its challenges and needs.

Flatt’s interest in the health of older people began in high school, when he volunteered as a social activity coordinator for assisted living and skilled nursing facilities. The experience stayed with him through college and during his master of public health (MPH) degree program at the University of South Carolina. When he decided to get his Ph.D. degree in behavioral and community health sciences at the University of Pittsburgh Graduate School of Public Health, he did some soul-searching. “I asked myself what was the most rewarding thing I’d done so far, what would I like to do for a living, and it was working with older people,” he says. “I decided to try to see what was important about the social lives of older adults. Could we use [an understanding of that] to either prevent or help people compensate when they’re having challenges due to dementia?”

An invitation to join the faculty at UCSF offered him an opportunity to hone his focus. “I thought about what was unique about San Francisco and where there were opportunities to contribute,” he says. As he began volunteering with organizations serving the city’s LGBTQ community, he recognized that there was a paucity of research on the challenges of dementia in this population and decided he could help change that.

To that end, Flatt is using a career development award from the National Institute on Aging to jump-start his investigation of the epidemiology of dementia among LGBTQ elders. His study is the first to address the issue, investigating whether there are unique risk or protective factors in this group.

He and his collaborators – including Associate Dean for Research Julene Johnson – are using medical records from a large data set held at Kaiser Permanente Northern California’s Research Program on Genes, Environment and Health (RPGEH). The records allow him to follow more than 4,000 participants identifying as lesbian, gay or bisexual from the time they enter the health system and compare them with other participants to investigate the factors that affect dementia risk. (Transgender individuals aren’t part of the study at this point.) The data set offers a unique opportunity to get longitudinal data on this group, Flatt says, because RPGEH began recording data on the cohort in 1996 and started asking participants about sexual orientation in 2007, making it one of the earliest large research programs to do so.

Flatt is primarily pursuing two overlapping research questions: Are sexual minorities at higher or lower risk for developing dementia? And how does sexual minority status affect outcomes for elders living with dementia?

“We know that [sexual minorities] are at higher risk for health conditions like depression, heart disease and risky health behaviors like tobacco use, which are potential risk factors for dementia,” says Flatt. “What’s unique about [the LGBTQ community] is that, in some ways, they can’t rely on the same social support structures that other elders do. They’re often not married or partnered, they’re less likely to have children, and they’re more likely to live alone. We know that those are risk factors for [poor outcomes for people with] dementia.”

Flatt and his co-investigators’ first paper, published in the Journal of Alzheimer’s Disease, has begun to tease out answers to the first question, but Flatt hopes to publish many more papers that emerge from this data set. “It’s very basic descriptive data,” he says. “Our first step is to describe and look at the strengths and weaknesses for this community, and how they relate to the risks related to Alzheimer’s.” As associations between those strengths and weaknesses and Alzheimer’s risk emerge from the research, Flatt says, the next step is to develop programs and interventions both to help people reduce their risk for developing dementia and to help those who do develop it better cope with their condition.

In a separate but related project, Flatt is a collaborator on the UCSF PRIDE Study, a landmark investigation of LGBTQ health that uses mobile phone technology to connect with LGBTQ adults across the U.S. to study factors related to health over time. Flatt is specifically looking at the over-50 cohort in the study group to examine health disparities and to quantify strengths and weaknesses related to aging in the LGBTQ community.

Another of Flatt’s research projects looks at the impact of inclusive and affordable housing on the health of LGBT older adults. With funding from UCSF’s Resource Allocation Program (RAP), Flatt and his co-investigators – Leslie Dubbin, of the School of Nursing, Meredith Greene and Madeline Deutsch, of the School of Medicine, and Karyn Skultety, executive director of San Francisco’s Openhouse, a nonprofit organization that provides housing and a range of supportive services and community programs for LGBTQ seniors – are following LGBTQ participants in San Francisco’s affordable housing lottery for the next year to see how receiving or not receiving housing affects their health and quality of life. He was also recently contacted by SAGE, a national organization that advocates for services for LGBT seniors, to include two new housing sites in New York City in his study. This will result in evaluating the impact of 307 new LGBT-inclusive and affordable apartments on the health of LGBT seniors in San Francisco and New York.

Research suggests that housing status is linked to health outcomes, and LGBTQ seniors face increased challenges finding stable housing due to a number of factors, including discrimination, lack of social and family support and chronic health problems like testing positive for human immunodeficiency virus (HIV). A related concern is that LGBT seniors who can’t find welcoming, age-appropriate housing will be forced into long-term care facilities, where they may face discrimination, leading to adverse health outcomes and poor quality of life.

A 2010 report from Justice in Aging, a national organization that fights poverty among older adults, found that a majority of LGBT seniors surveyed were afraid it would be unsafe for them to be “out” in a long-term care facility. The report also recorded 853 incidences of mistreatment, including harassment and neglect by long-term care facility staff, reported by LGBT seniors or their family, friends or other advocates.

Flatt’s study will look at whether receiving affordable, LGBTQ-friendly housing is associated with decreased health care utilization among seniors, which would suggest improved health. Because some of the lottery units are designated for people who have been chronically homeless or are living with HIV, Flatt says, he would not be surprised to see initial utilization go up as those individuals transition to stable housing and can begin to focus on health issues. He hopes his study will show whether, over time, emergency department visits and inpatient hospital stays will decrease as these issues are addressed and stably housed participants are better able to manage chronic health conditions.

Flatt’s work with Openhouse has led to another project he’s excited about – one that takes him back to his roots working with seniors in assisted living. Openhouse and its partner On Lok, a nonprofit senior care organization, have invited Flatt and his research team to do a needs assessment for a new “LGBT-welcoming” high-rise building for low-income seniors in San Francisco. The team is working with community members to look at the need for all-inclusive health care for the building’s residents.

The project appeals to Flatt’s passion for working directly with members of the community and giving back to the people who have inspired and fueled his research career. “I’m interested in more participatory approaches [to research], and this is true community-participatory work,” he says. 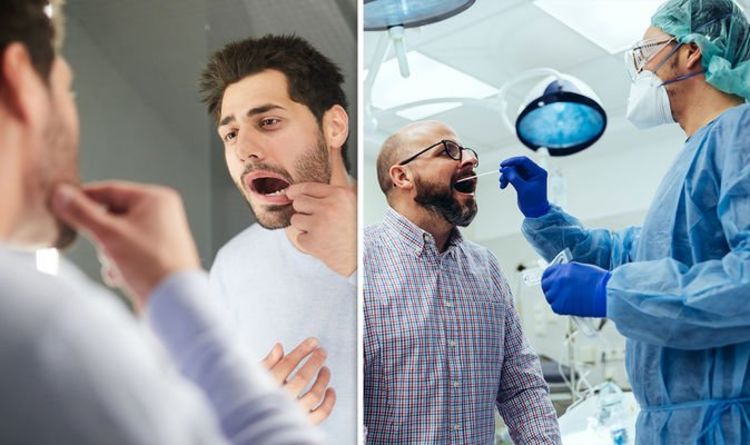