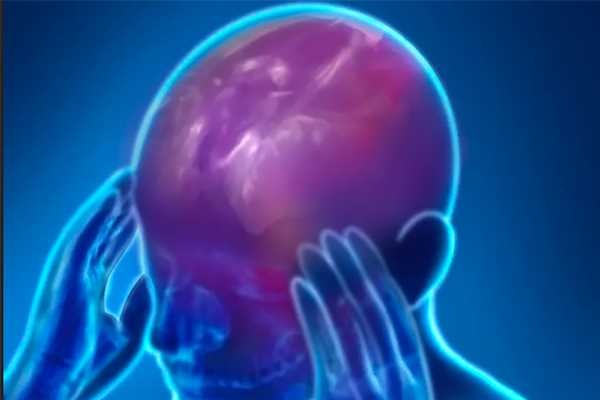 Negative emotional states and physical pain are intimately connected. Numerous people who suffer from chronic, persistent pain also deal with negative emotions and loss of motivation. Some even become clinically depressed eventually, and doctors sometimes prescribe antidepressants to treat chronic pain, even though the pathways that link pain and mood are poorly understood.

Now, studying the brains and behavior of rats, a team of researchers at Washington University School of Medicine in St. Louis has identified circuitry in the brain that appears to link pain to negative emotional states, specifically involving inhibited motivation and anhedonia. Anhedonia is defined as the inability to experience pleasure from rewards; inhibited motivation refers to a lack of interest in earning rewards. The researchers measured these behaviors in the rodents, monitoring their sucrose consumption and their willingness to press a lever to earn a sucrose tablet.

The findings, published online Oct. 18 in the journal Nature Neuroscience, could lead to treatments targeting the emotion-related aspects of pain. Such developments ideally would allow chronic pain sufferers to experience a better quality of life, even when it’s not possible to completely eliminate pain itself.

“Pain involves more than just unpleasant physical sensations; it has an emotional component, too,” said Jose Moron-Concepcion, PhD, one of the study’s co-senior investigators. “Most research has sought to understand and eliminate pain’s sensory component, while its emotional component and associated comorbidities such as depression, anxiety and the inability to feel pleasure largely have been ignored. By understanding the whole picture, we might make it easier for people to live and cope with pain.”

Moron-Concepcion, the Henry E. Mallinckrodt Professor of Anesthesiology, led the study at the Washington University Pain Center with co-senior investigator, Meaghan Creed, PhD, an assistant professor of anesthesiology, of psychiatry, of neuroscience and of biomedical engineering. Their goal was to uncover the brain circuitry involved in the relationship between pain and related changes in one’s motivational state.

Their team was able to identify specific dopamine neurons in a brain region called the ventral tegmental area that decrease their activity in the presence of pain. Alterations in dopamine activity in this brain region also are associated with motivation. And the brain area where these neurons are located is part of a pathway linked to reward-motivated behavior, suggesting that changes in the dopamine neurons along this pathway may be important in mediating the negative emotional states associated with pain.

The researchers also found that pain upped the activity of neurons in a region called the rostromedial tegmental nucleus. Those neurons release a substance called GABA (Gamma-aminobutyric acid) onto the dopamine neurons from the ventral tegmental area. As the brain’s primary inhibitory neurotransmitter, GABA tamps down activity in those neurons. The increased GABA levels in rats experiencing pain decreased the activity of dopamine neurons, which was correlated with decreases in motivation for natural rewards.

“It’s like hitting the brakes in a car,” said Moron-Concepcion, also a professor of neuroscience and of psychiatry. “Dopamine is associated with positive emotions, so the GABA from other neurons normally keep dopamine levels under control; but when there is pain, those dopamine levels can get too low.”

In rats, a key result of such changes in brain chemical levels was less reward-seeking behavior. When observed 48 hours after starting to experience lingering pain, the rats were less likely than rats that were not experiencing pain to press a lever that would provide a natural reward (in this case a sugar tablet).

“When the animals feel pain, the brain circuit involving dopamine and GABA becomes dysregulated,” said first author Tamara Markovic, PhD, a neuroscience graduate student in Moron-Concepcion’s lab. “We correlated lower levels of dopamine neuron activity with less natural reward seeking. The animals became less interested in pushing the lever to get the sucrose tablet, which is something they normally would do if they were not experiencing the lingering effects of pain.”

But when the researchers inhibited the pathway by which GABA-producing neurons interfered with dopamine neurons, the rats began to seek rewards at levels similar to rats that are not in pain. By reactivating dopamine production, the researchers essentially were able to reinstate the rodents’ motivation to get the reward, despite any lingering pain sensations.

“We’ve known for years that low dopamine levels are associated with apathy and loss of motivation,” Creed said. “The loss of goal-oriented behavior in these animals looks similar to the loss of motivation many people with chronic pain report. Our work to identify how these brain regions affect one another and cause loss of motivation could provide new targets for treating the emotional component of pain.”

The researchers believe the emotional and behavioral changes that accompany pain may be just as important to quality of life as physical pain signals that are transmitted through the peripheral nerves to the spinal cord and brain.

“An individual’s experience of pain involves much more than only the pain signal itself,” said Creed. “Pain can induce anxiety, depression, anhedonia and other behaviors.  The mental and behavioral changes associated with pain are just as real as the physical sensations, and unless we understand how these things work together, we cannot truly provide people with pain relief.”