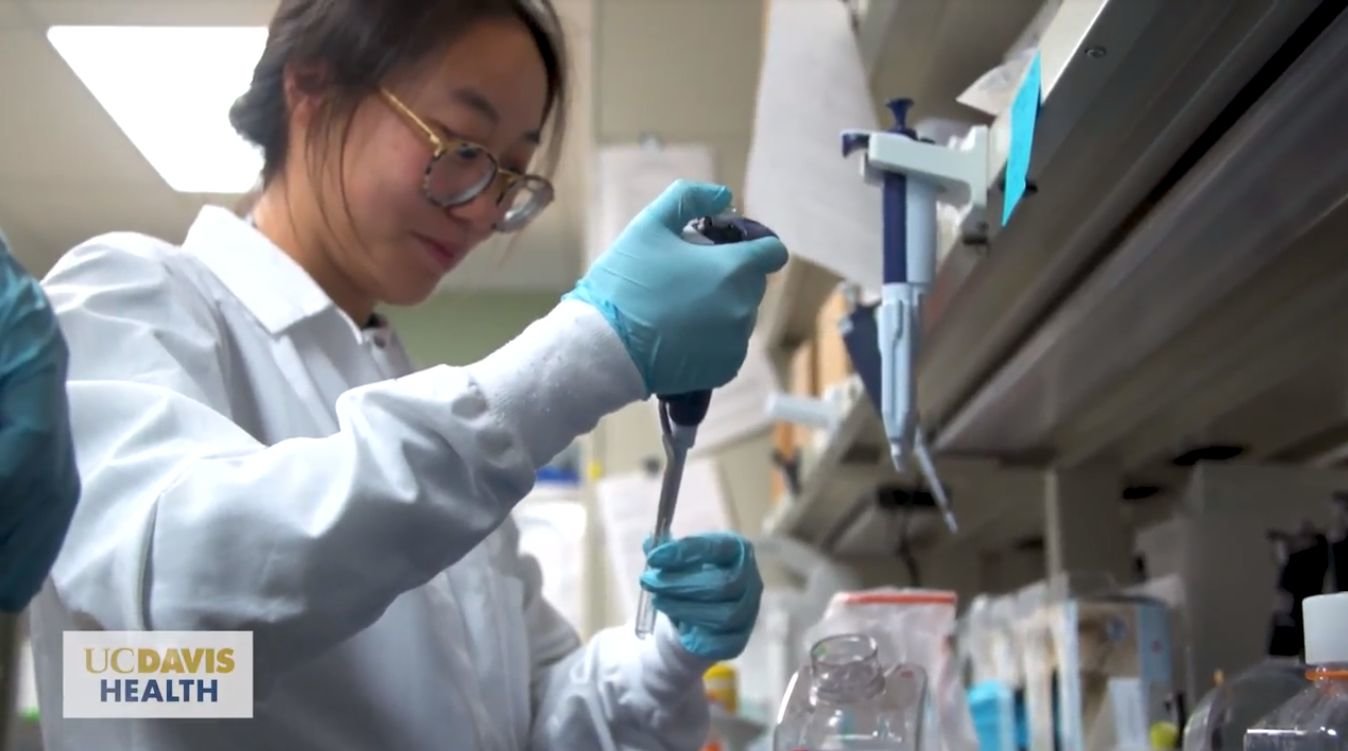 A groundbreaking new study by UC Davis researchers has uncovered why obesity both fuels cancer growth and allows blockbuster new immunotherapies to work better against those same tumors.

The paradoxical findings, published today in Nature Medicine, give cancer doctors important new information when choosing drugs and other treatments for cancer patients.

“It’s counter-intuitive because up to this point all of our studies showed that obesity resulted in more toxicities associated with immunotherapy treatments,” said William Murphy, a co-last author of the study and vice chair of research in the UC Davis Department of Dermatology. “This is a game-changer because when we personalize medicine and look at body mass index, in some situations it can be bad, and in some situations it can be helpful.”

Obesity, which is reaching pandemic levels and a major risk factor for many kinds of cancer, also is known to hasten cancer growth, promote cancer recurrence and worsen chances of survival. Obesity also is associated with impairment of the immune system. Previous studies of the use of immune-stimulatory immunotherapies have demonstrated that in obese animal models and in humans, these drugs overstimulate the immune system and cause serious side effects.

The research, which involved studies using animal models and human patients, analyzed the effect of a different class of immunotherapies called checkpoint inhibitors. These drugs work by blocking pathways called immune checkpoints that cancers use to escape the immune system. They include drugs like Keytruda (pembrolizumab), which have dramatically improved survival in many lung cancer and melanoma patients. In the current study checkpoint inhibitors had a different effect than other immunotherapies, and in fact, resulted in better survival in those who are obese than in those who are not.

Why this happens, they discovered, relates both to the effect that obesity has on the immune system and to the way that checkpoint inhibitors do their jobs.

Cancers can cause increased expression of checkpoint proteins that keep T cells in check, preventing them from attacking cancer cells. Checkpoint inhibitors block those proteins, in effect releasing the immune system’s brakes so that the T cells can go after cancer cells.

They first studied the differences in T-cell function in obese and non-obese mice and found that T-cell function was diminished and the expression of the PD-1 protein on the T-cells was higher than in the non-obese control mice. They saw a very similar pattern when the same studies were done in both macaque monkeys and in human volunteers.

“In obese animals cancer grows faster because there are more nutrients for tumors and because the immune system is more suppressed,” said Murphy.

Drilling down, Murphy and his colleagues also found that the T-cell dysfunction was driven in part by leptin, a weight-regulating hormone produced by the body’s fat cells. The research showed that increased leptin levels in obese mice and humans also correlated with increased expression of PD-1 checkpoint protein.

When obese mice with tumors were given checkpoint inhibitors designed to block the action of PD-1, they survived significantly longer than the non-obese control mice in the study. A study involving 251 patients with melanoma who were treated with checkpoint inhibitors also found marked improvements in the clinical outcomes of obese patients that were not observed in non-obese patients.

“Overall these findings suggest that obesity may be a very important biomarker for response to checkpoint inhibitor immunotherapy,” said Arta Monjazeb, associate professor in the UC Davis Department of Radiation Oncology and co-last author on the study. “We are not advocating for obesity as improving prognosis for cancer patients. But obesity appears to induce immune suppression and accelerated tumor growth through mechanisms that can be successfully reversed by checkpoint inhibitor immunotherapy.”

Murphy cautioned that while the findings are an important step in better targeting immunotherapies, there are many other factors that likely influence how effective a certain drug will be for a given patient. Those may include gender, the type of diet consumed, their individual microbiome and the timing of their treatment.