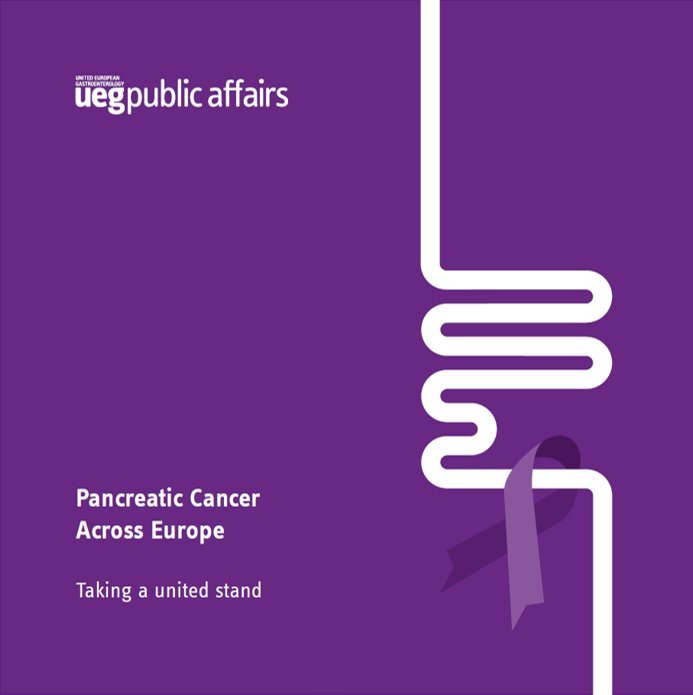 Pancreatic cancer death rates in the European Union (EU) have increased by 5% between 1990 and 2016, a report launched today reveals. This is the highest increase in any of the EU’s top five cancer killers which, as well as pancreatic cancer, includes lung, colorectal, breast and prostate cancer.

‘Pancreatic Cancer Across Europe’, published by United European Gastroenterology (UEG) to coincide with World Pancreatic Cancer Day, examines the past and current state of pancreatic cancer care and treatment, as well as the future prospects, such as targeting the microbiome, for improving the prognosis for patients. Whilst lung, breast and colorectal cancer have seen significant reductions in death rates since 1990, deaths from pancreatic cancer continue to rise. Experts also believe that pancreatic cancer has now overtaken breast cancer as the third leading cause of death from cancer in the EU.

Pancreatic cancer has the lowest survival of all cancers in Europe. Responsible for over 95,000 EU deaths every year, the median survival time at the point of diagnosis is just 4.6 months, with patients losing 98% of their healthy life expectancy5. Often referred to as ‘the silent killer’, symptoms can be hard to identify, thus making it difficult to diagnose the disease early which is essential for life-saving surgery. 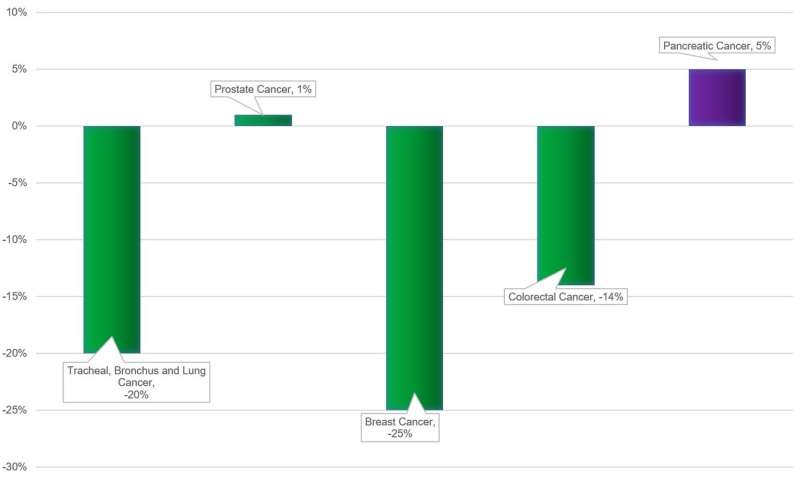 Despite the rise in death rates and dreadfully low survival rates, pancreatic cancer receives less than 2% of all cancer research funding in Europe. Markus Peck, UEG expert, explains, “If we are to take a stand against the continent’s deadliest cancer, we must address the insufficient research funding; that is where the European Union can lead the way. Whilst medical and scientific innovations have positively changed the prospects for many cancer patients, those diagnosed with pancreatic cancer have not been blessed with much clinically meaningful progress. To deliver earlier diagnoses and improved treatments we need to engage now in more basic as well as applied research to see real progress for our patients in the years to come.”

Microbiome—the key to turning the tide?

After forty years of limited progress in pancreatic cancer research, experts claim that new treatment options could finally be on the horizon as researchers investigate how changing the pancreas’ microbiome may help to slow tumour growth and enable the body to develop its own ‘defence mechanism’. The microbial population of a cancerous pancreas has been found to be approximately 1,000 times larger than that of a non-cancerous pancreas and research has shown that removing bacteria from the gut and pancreas slowed cancer growth and ‘reprogrammed’ immune cells to react against cancer cells. 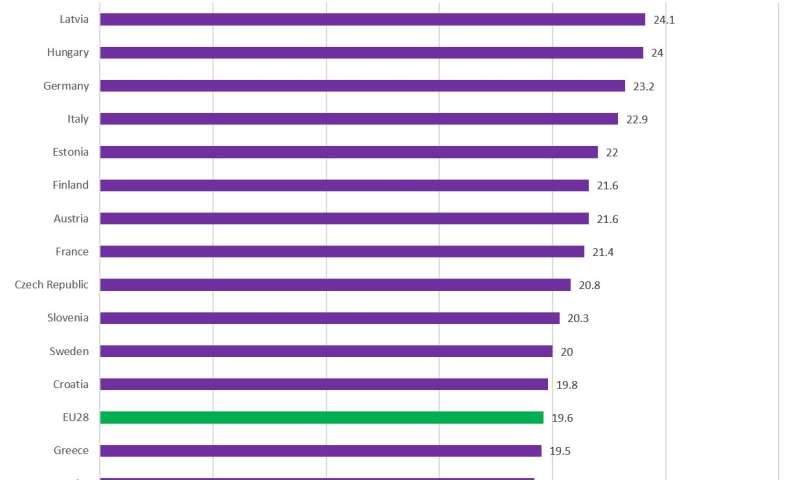 This development could lead to significant changes in clinical practice as removing bacterial species could improve the efficacy of chemotherapy or immunotherapy, offering hope that clinicians will finally be able to slow tumour growth, alter metastatic behaviour and ultimately change the disease’s progression.

Professor Thomas Seufferlein, pancreatic cancer expert, comments, “Research looking at the impact of the microbiome on pancreatic cancer is a particularly exciting new area, as the pancreas was previously thought of as a sterile organ. Such research will also improve our understanding of the microenvironment in a metastatic setting and how the tumour responds to its environment. This will inform the metastatic behaviour and ultimately alter disease progression.”