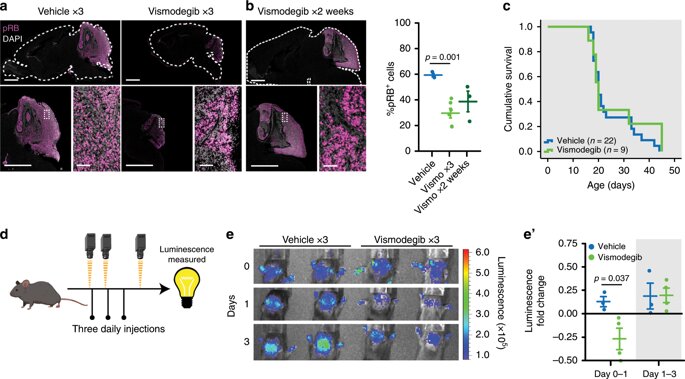 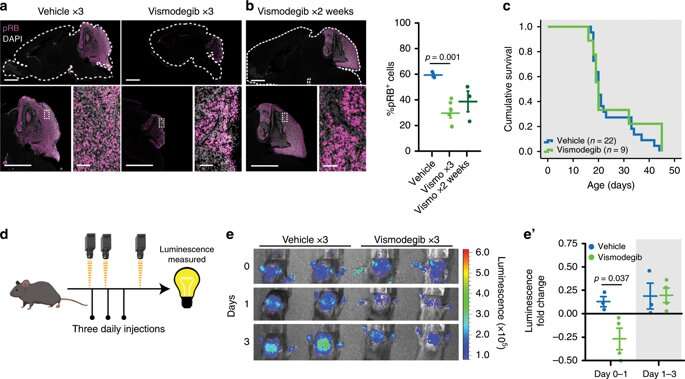 A UNC Lineberger team led by Timothy Gershon, MD, Ph.D., associate professor in the UNC Department of Neurology, and Kirk Wilhelmsen MD, Ph.D., professor in neurology and the UNC Department of Genetics, reported in the journal Nature Communications that they have identified specific types of cells that cause targeted treatment to fail in a subtype of medulloblastoma. They found while the majority of cells responded to the treatment, diverse populations with in the tumor continue to grow, conferring treatment resistance.

“Based on our findings, we conclude that the diversity of cells within tumors allows them to become rapidly resistant to precisely targeted treatments,” Gershon said. “Our data demonstrates that due to tumor cell diversity, molecularly precise therapies should be used in combinations to be effective.”

Gershon and his colleagues focused on a subtype that accounts for one-third of medulloblastoma cases. This subtype is characterized by the activation of the Sonic Hedgehog cellular signal, which helps trigger other signals in developing brain cells that lead to an overgrowth of neurons in the cerebellum. This region of the brain controls balance, speech and other activities.

They wanted to understand resistance to the drug vismodegib, which showed initial promise for treating medulloblastoma with active Sonic Hedgehog signaling in early-stage clinical trials. However, researchers said studies found that many patients developed resistance.

“Although patients initially responded, there is a very high frequency of developing resistance during therapy,” Gershon said.

In laboratory studies in mice with this medulloblastoma subtype, researchers analyzed how tumor cells responded to vismodegib treatment. They saw while the drug controlled tumor growth initially, different populations of cells responded to the drug in different ways, allowing the tumor to regrow quickly.

The majority of cells responded to the drug and matured like normal brain cells, but a certain population of cells remained in an undeveloped state, and continued dividing. Those cells also had active Sonic Hedgehog signaling—indicating the drug did not effectively shut down the signaling pathway that it targeted.

They also found a population of stem cells that expressed the SOX2 gene and were resistant. This population has been implicated in resistance before, but researchers now know it’s not the only culprit.

Gershon said the findings indicate that further research should evaluate combinations of targeted treatments in this subtype of medulloblastoma to shut down cancerous growth effectively, since there is a diversity of cells present in the tumor at the outset.

“The only way targeted therapies are going to be effective is to have a combination of therapies that have overlapping targets,” he said.

The researchers also reported a finding they say is important to understanding how cancerous cells develop. They found that cancer-linked mutations can cause cells to revert back to earlier, undifferentiated states—becoming more like a stem cells.

Some researchers have hypothesized that cancers develop from stem cells, but Gershon said this finding in their study shows the path from stem cell to mature cell operates in both directions, that cancerous cells can either mature or revert back to premature states.