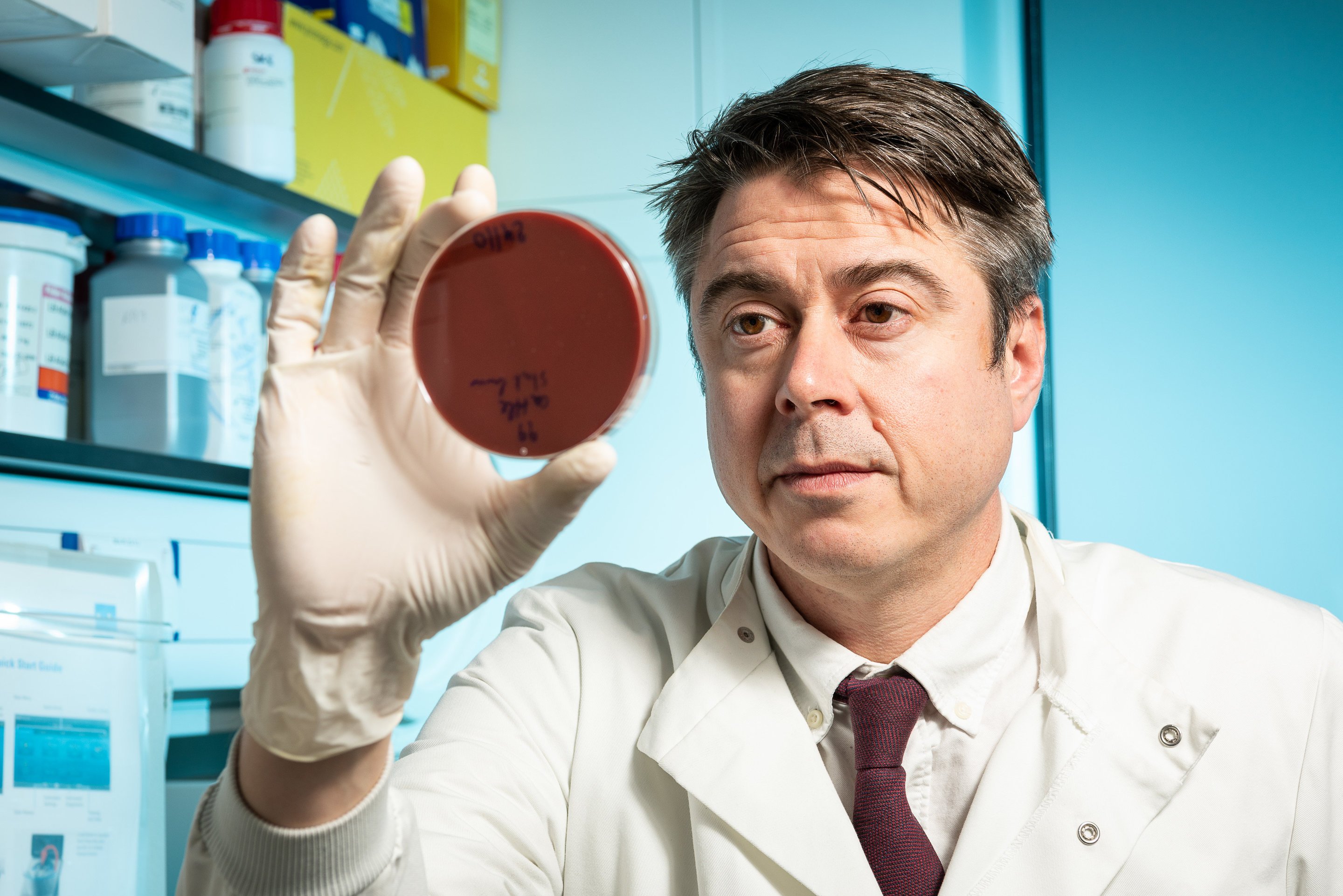 Forget MRSA and E. coli, there’s another bacterium that is becoming increasingly dangerous due to antibiotic resistance—and it’s present on the skin of every person on the planet.

A close relative of MRSA, Staphylococcus epidermidis, is a major cause of life-threatening infections after surgery, but it is often overlooked by clinicians and scientists because it is so abundant.

Researchers from the Milner Centre for Evolution at the University of Bath warn that the threat posed by this organism should be taken more seriously and use extra precautions for those at higher risk of infection who are due to undergo surgery.

They have identified a set of 61 genes that allow this normally harmless skin bacterium to cause life-threatening illness.

They hope that by understanding why some strains of S. epidermidis cause disease in certain circumstances, they could in the future identify which patients are most at risk of infection before undergoing surgery.

They took samples from patients who suffered infections following hip or knee joint replacement and fracture fixation operations and compared them with swab samples from the skin of healthy volunteers.

They compared the genetic variation in the whole genomes of bacteria found in samples from diseased and healthy individuals. From this they identified 61 genes in the disease-causing bacteria that weren’t present in most of the healthy samples.

Surprisingly however, there was a small number of healthy individuals who were found to be carrying the more deadly form of the bacteria without knowing it.

The disease-causing genes were found to help the bacterium grow in the bloodstream, avoid the host’s immune response, make the cell surface sticky so that the organisms can form biofilms and make the bug resistant to antibiotics.

The team published their study in Nature Communications this week.

Professor Sam Sheppard, Director of Bioinformatics at the Milner Centre for Evolution at the University of Bath led the research. He said: “Staphlococcus epidermidis is a deadly pathogen in plain sight.

“It’s always been ignored clinically because it’s frequently been assumed that it was a contaminant in lab samples or it was simply accepted as a known risk of surgery.

“Post-surgical infections can be incredibly serious and can be fatal. Infection accounts for almost a third of deaths in the UK so I believe we should be doing more to reduce the risk if we possibly can.

“If we can identify who is most at risk of infection, we can target those patients with extra hygiene precautions before they undergo surgery.”

He added: “Because the bug is so abundant, they can evolve very fast by swapping genes with each other.

“If we do nothing to control this, there’s a risk that these disease-causing genes could spread more widely, meaning post-operative infections that are resistant to antibiotics could become even more common.”