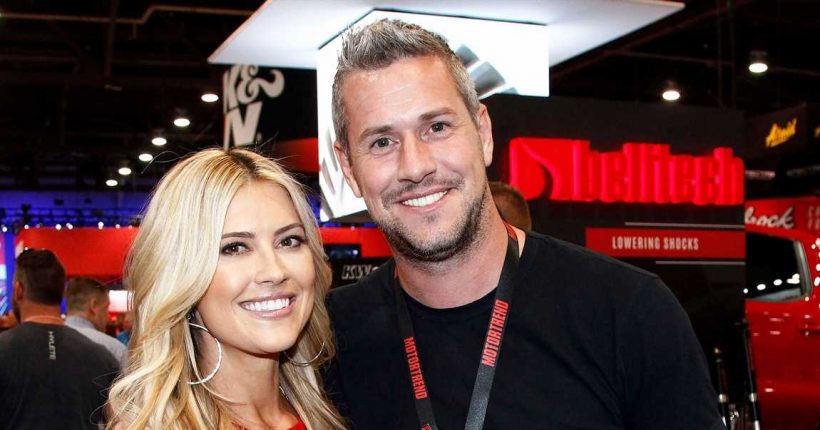 Ant Anstead is so excited to see his 13-month-old son, Hudson, learning to walk — and he’s happily sharing the milestone with his estranged wife, Christina Anstead.

Looking Back at Christina Anstead and Ant Anstead’s Relationship Timeline

The Wheeler Dealers host, 41, took to his Instagram Story on Friday, October 16, to upload a video of the pair’s little one walking about. “Come on, come on,” he said as his son took steps toward him before jokingly saying “boo” when Hudson fell and began crawling.

Ant tagged the 37-year-old Flip or Flop star in the post and wrote, “I love this stage….”

Ant and Christina tied the knot in December 2018 after her divorce from Tarek El Moussa was finalized months earlier. Though they welcomed their first child together in September 2019, the pair both have children from previous relationships. Christina shares daughter Taylor, 10, and son Brayden, 5, with El Moussa, 39, while Ant coparents daughter Amelie, 16, and son Archie, 14, with ex-wife Louise Anstead.

The Christina on the Coast star announced her split from Ant via Instagram last month. “Ant and I have made the difficult decision to separate,” she wrote on September 18. “We are grateful for each other and as always, our children will remain our priority. We appreciate your support and ask for privacy for us and our family as we navigate the future.”

A week later, Christina commented on how her life hasn’t necessarily gone according to plan. “I never thought I would have one divorce let alone two. I never thought I would have 2 baby daddies — but sometimes life throws us curve balls,” she wrote via Instagram. “Instead of getting stuck in these ‘setbacks’, I choose to look at these challenges as opportunities to grow.”

The California native added, “So while some may judge me and throw around rumors about me, most of you support me. And that says a lot about this world and where we are headed. I’m messy, I’m real and I’m working on healing.”

When Ant first addressed the split, he admitted via Instagram that he’s “remained silent while holding on to hope” and that he “never gave up” on the relationship. “I pray Christina’s decision brings her happiness,” he added.

Days later, the British TV presenter revealed that he turned comments off of his Instagram posts due to negative remarks from trolls. He also confirmed that the estranged duo are doing OK amid the breakup.

“While we both appreciate words of support, please stop trying to diagnose [what went wrong] from afar. It’s not fair,” he said. “Christina is fine. I am fine. And we remain good friends and will navigate this at our pace. Compassion and kindness is all that’s needed.”

Christina and Ant had been very “private” about their separation before making the news public, a source exclusively told Us Weekly. Their friends were “shocked to hear the news because they seemed happy together publicly and while in front of others.”