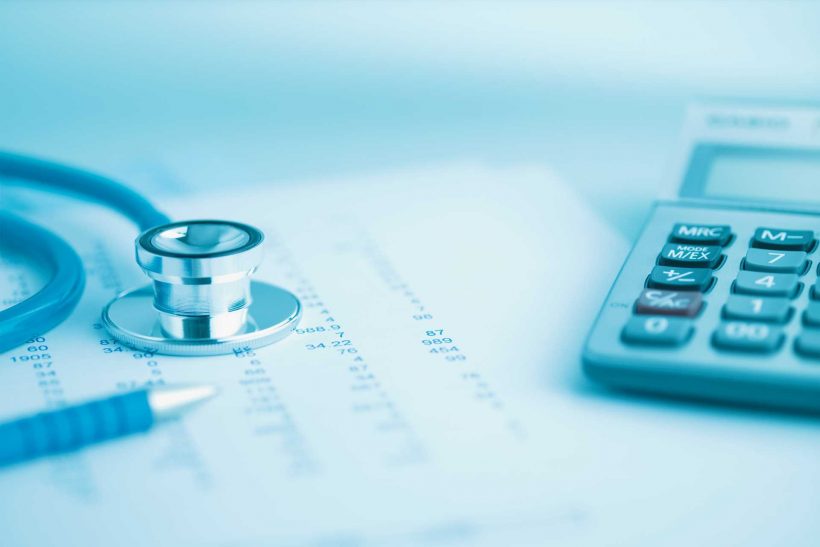 Montana, one of only about a dozen states with a fully government-run Medicaid program, has hired a new Medicaid director who oversaw managed-care programs in Iowa and Kansas and championed the idea of having outside companies do the work.

Mike Randol took over May 31 as head of Montana’s Medicaid program, which serves 280,000 people who live in low-income households or have disabilities in a state of 1.1 million people. The program has a roughly $2.3 billion annual budget, with the federal government picking up about 80% of the total.

Randol most recently was an executive with Cerner Corp., which provides health information technology services. Before that, he led Medicaid programs in Kansas and Iowa, both of which hired national management firms to administer benefits, instead of having state employees do it.

“I’m a firm believer in managed care,” Randol told reporters in 2019 as he defended the Iowa program at a news conference announcing an 8.6% annual increase in the rate the state would pay its two management companies.

Adam Meier, director of the Montana Department of Public Health and Human Services, said in a statement that he looks forward to working with Randol to better serve Montana Medicaid recipients. “Mike is a proven leader with vast experience in overseeing state Medicaid programs,” Meier said.

The health department declined requests to interview Meier and Randol. Ebelt declined to provide copies of Randol’s application for the job, saying the documents are confidential.

Managed care got a bad reputation in Montana after the state contracted with an outside company to manage Medicaid-covered mental health care in the 1990s. The state eventually took back management after numerous patient and provider complaints and after the company, Magellan Behavioral Health, cut provider rates to make up for the loss of millions of dollars in its first year. In 2011, widespread opposition led the state to scrap plans for a managed-Medicaid pilot program in five counties.

Under managed Medicaid, the state and federal governments pay insurance companies a set amount of money per enrollee to cover health care services. If the companies can do so for less money than they are paid, they pocket some of the difference as profit. All but 11 states, including Montana, have privatized at least part of their Medicaid programs, according to KFF.

Randol became the Medicaid director in Kansas in 2012, the year before it privatized its program. Those who backed the change said privatization helped control costs, while critics said it reduced program coverage and transparency.

Iowa Gov. Kim Reynolds, a Republican, hired Randol in 2017. His arrival in Des Moines came about two years after Iowa switched to a private Medicaid management system, which was plagued by complaints that Iowans with disabilities had been improperly denied care and that the management companies lost hundreds of millions of dollars in the initial years.

When Randol resigned in 2020, Reynolds praised his service: “I am so thankful for the work he’s done to not only stabilize the program, but improve the system, incorporate technology, and set a foundation that we can build on moving forward.”

Deb McMahon, an Iowan who became a vocal critic of Medicaid privatization because of her family’s experience with it, said that if she lived in Montana, she would view Randol’s hiring as a sign the state intends to outsource its program to management companies. “His record speaks for him,” she said.

Vulnerable Montana residents who rely on Medicaid could see major disruptions if the system is privatized, McMahon said. “Their services, the people they count on to help them — all that will change,” she said.

McMahon said that when Randol was in Iowa, he was fond of citing statistics and talking about algorithms. But, she said, he seemed to become irritated when members of the public described how Medicaid changes affected people.

McMahon’s 41-year-old daughter, Annie Stender, has an intellectual disability and uses Medicaid-financed services. Before Iowa’s Medicaid system was privatized, Stender had the same case manager for 15 years, McMahon said. That person knew her well and helped her navigate the array of services.

But under private Medicaid management, Stender has been assigned to several case managers. “We lost that bond,” McMahon said. “We lost that person in our lives.”

Mary Windecker, executive director of the Behavioral Health Alliance of Montana, said that Randol’s past in Kansas and Iowa “doesn’t really give us a warm, fuzzy feeling.”

Windecker said she worries a managed-care comeback would lead to lower reimbursement rates for medical providers. She said she’d be surprised if Montana doesn’t consider some form of privatization, in part because of how many other states have done so. “What we’re hoping is, regardless of the model that the state looks at, the providers will be at the table,” Windecker said.

Randol is arriving ahead of a massive review of Medicaid enrollees’ eligibility for the program. Enrollment has increased steadily since the pandemic began, and the federal public health emergency imposed during the covid-19 pandemic has paused routine reviews. When the emergency order ends, certain Montana beneficiaries will likely experience more eligibility checks to keep their coverage into the future.

Health advocates have said people who meet coverage requirements could unintentionally be dropped in the process.

Heather O’Loughlin, co-director of the Montana Budget & Policy Center, said that as new leadership takes over, she hopes the priority will be helping people maintain access to their coverage. “This is not a time for political ideology, but an opportunity to listen to health care providers, tribal leaders, rural residents, and those facing barriers in health care to ensure this transition is as smooth as possible,” O’Loughlin said in a statement.

State legislators also are reviewing Medicaid payment rates in Montana in response to a shortage of providers and services, beginning with the mental health system. Health providers have long said Medicaid reimbursements fall well below the cost of operating. A program-wide review is expected to take years.