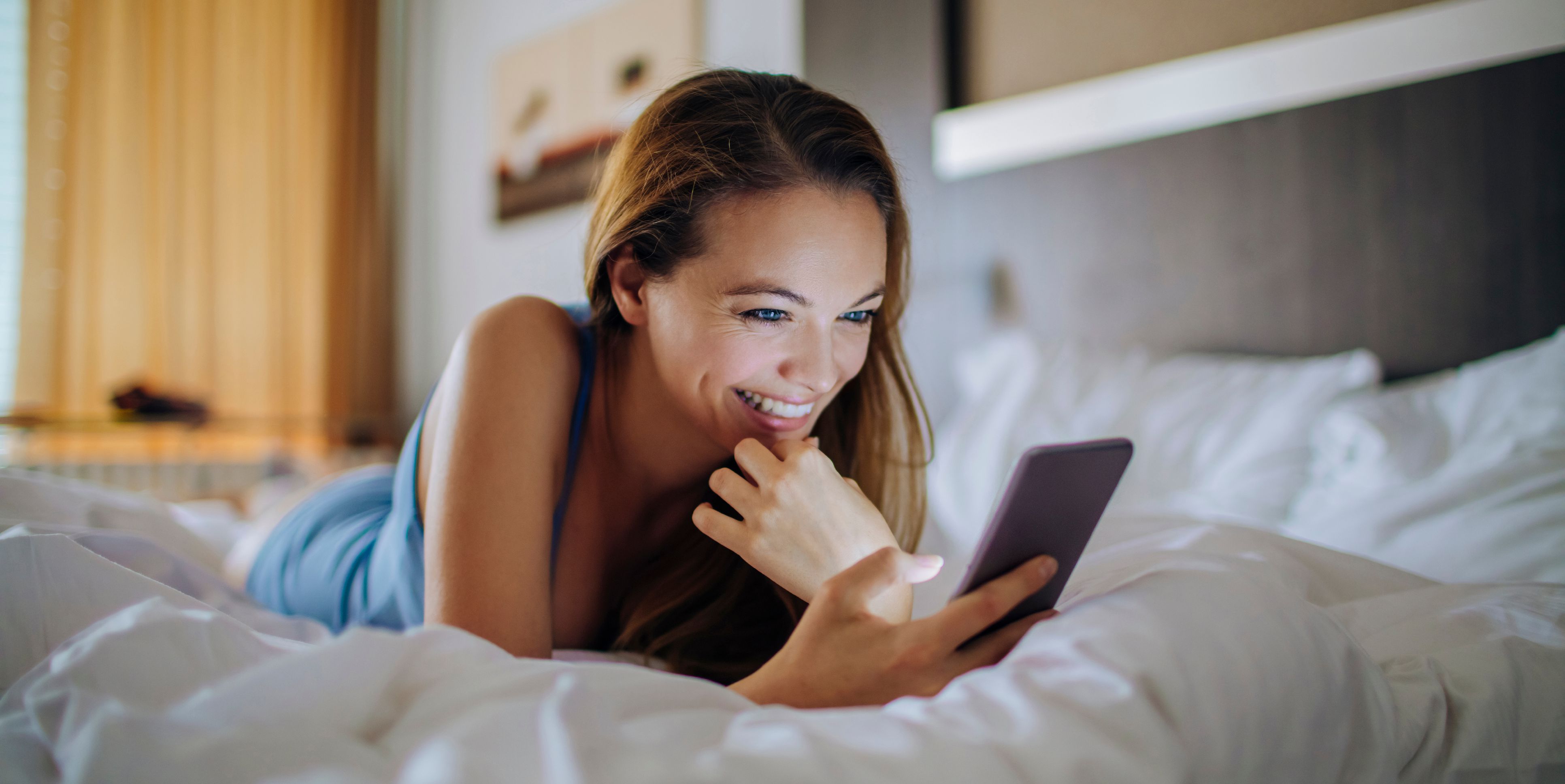 It’s not always easy to break the ice—especially on a dating app. And sadly, when it comes to apps like Tinder, men are usually expected to make the first move. That’s a lot of pressure!

Even if you come up with a perfect opening line, chances are it usually won’t get a response. That’s because women are constantly inundated with messages from guys who think they’re being clever, when in fact, they’re just coming off as creepy. Most women can smell a traditional pickup line from a mile away, which is why you have to put in the extra effort to be engaging and creative.

Instead of becoming one of those matches that sits idly in an empty text box, try these tips for dating app opening lines that verified ladies themselves have approved. Who knows? You might just get a drink or two out of it.

We say to hell with tradition! It’s nearly 2019. Time to shake things up. Put the ball in her court and encourage her to make the first move. And even more points to you if you do it with a wry sense of humor.

“The best opening like I’ve ever heard was: ‘I’m bad at this, so I’m going to buck the Tinder trend and let you make the first move, if that’s okay.’” —Ann, 29.

Women like options. We also like to feel special. Give us both by asking us two specific questions about ourselves, whether it’s “So I see you like The West Wing. Do you identify more with Josh or Toby?” or “Love the photo of you in Venice—what was the best restaurant you went to there?”

“I always like when men begin with two questions. Not just any questions — questions specific to my profile. I like when they show they’ve looked past my pictures and are taking an interest in the things I have said. I prefer two questions because if I don’t want to answer one, I have a second option.” —Brooke, 30

Focus on your profile over your pics.

This cannot be stressed enough. Every woman we spoke with emphasized that interest in their profile is much more important to them than interest in their photos. Make this your Golden Rule: when you send your opening message, ask about things she’s written on her profile, in addition to what you can see from her photos.

“The most important part, for me, is that a guy opts for my profile over my pictures. Yes, we all put up pictures that make us look attractive, but hopefully you’re looking to actually talk to me, as well. Any attempt at personalization is awesome. Steer clear of the pet names.” —Lauren, 28

You don’t have to be a suck-up, but a simple compliment never goes out of style. People like to feel attractive. If you combine a compliment about their physical appearance with one about their likes/interests, then you’ve got this in the bag.

“My favorite opening line probably has to be a compliment. Not a sexual one, but one that shows I caught their attention in some way. Yes, it can be about my pictures and appearance, but nothing derogatory or implying that I’m getting naked for you.” —Sally, 32

It’s 2017, but old-fashioned whimsy never goes out of style.

“One guy told me an entire story about our potential first date using only emojis. On the one hand, it showed he had a lot of time on his hand, but on the other it made me smile and showed he was creative and had a sense of humor.” —Gabby, 30

Women on Tinder don’t want a pen pal. We are looking for someone to date. Put it out there right away that not only are you interested, but you’re going to take the initiative and ask us out. And if you make the explicit offer to buy us food, so much the better.

“I like keeping it light, but also practical. Ask me something random, like ‘Hawaiian or pepperoni?’ And then buy me pizza.” —Susan, 31

Pay attention to her photos and bio

If you’re feeling her style, pay attention to her pictures. Ask thoughtful questions based on actual facts she has presented about herself. Read about her interests ad look at the activities she’s engaged in in photos.

“Tinder is a hellscape most of the time. I don’t want to see the word ‘hey.’ I want to see that you’ve read what I wrote in my bio and are present enough to ask me about it. It makes you stand out from the crowd. We ladies get plenty of weird pick up lines from random dudes. It may seem like a low bar, but paying attention to detail goes a really long way. If she’s hiking with her best friend in one of her photos, tell her how fun the hike looked. Ask if she goes hiking often. It will help you in the long run.” —Jasmine, 29

Don’t be afraid to be vulnerable

She’s on a dating app and she doesn’t expect you to be a bleeding-heart emotional mess, but that doesn’t mean you can’t show vulnerability. Being able to shine through as a genuine, thoughtful person will make her feel at ease.

“I respond to guys who are sincerely nice, not meaning ones who refer to themselves as nice. That’s a huge red flag. I like a guy who tells me details about his life and passions right away. Showing you’re not scared to open up about things in your life shows that you’re not a huge tool bag, but someone worth getting to know. Just remember, tell the truth. We always know when you’re lying!” —Gabby, 27