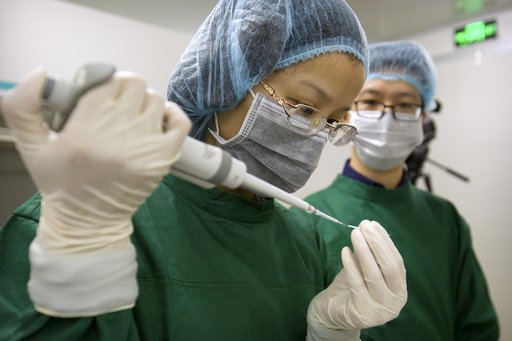 Designer babies might be here sooner than anyone reckoned. A Chinese researcher who says he created gene-edited babies crossed what most scientists consider a forbidden line.

It’s not clear if the claim is true and if so, how the twin girls whose DNA reportedly was altered will fare as they grow.

There is wide scientific agreement that rewriting DNA before birth—to prevent an inherited disease or to give a baby some “designer” trait—isn’t yet safe to try outside laboratory experiments that do not lead to human births.

The researcher, He Jiankui of Shenzhen, said he altered embryos when parents were undergoing fertility treatments to change a gene so that it might provide the resulting babies with a trait few people naturally have—protection against future infection with the AIDS virus.

“This is probably the worst gene you would choose” to test in pregnancy because it doesn’t fix a disease the children were destined to get, said Shoukhrat Mitalipov of the Oregon Health & Science University, who in laboratory-only experiments studies how to repair gene defects in embryos.

“Where is the assurance this mutation now will result in resistance to HIV?” Mitalipov added. “He’s testing his hypothesis on babies.”

Here are questions and answers about Monday’s claim and the state of gene editing:

WHAT IS GENE EDITING? 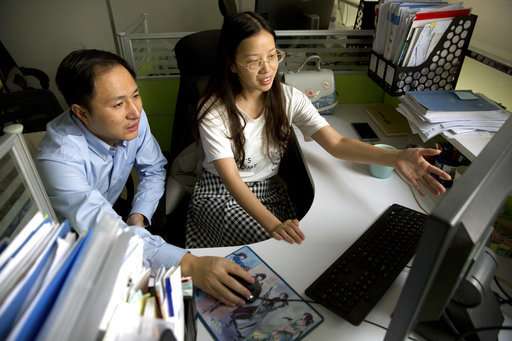 It’s a technology that lets scientists alter the DNA of living cells—from plants, animals, even humans—more precisely than ever before. It’s like a biological cut-and-paste program: An enzyme that acts like molecular scissors snips a section of a gene, allowing scientists to delete, repair or replace it.

HOW IS IT USED?

Researchers routinely use gene-editing tools in labs to study diseases in cells or animals, and they’re altering crops and food animals for better agriculture.

But in people, gene editing still is highly experimental. One first-in-human study is testing intravenous infusion of gene-editing ingredients to fight a killer metabolic disease. Other researchers are developing ways to gene-edit damaged cells and return them, repaired, into patients with sickle cell disease and other disorders. But unlike Monday’s announcement, none of those experiments would alter DNA in a way that patients would pass to their own children.

WHAT DID THE CHINESE SCIENTIST DO?

The researcher said he used the gene-editing tool CRISPR to alter a gene named CCR5 in embryos for seven couples during their fertility treatments; one pregnancy resulted. A particular mutation in that CCR5 gene is thought to confer some resistance to HIV by making it harder for that virus to enter cells.

Today’s medications have turned HIV from a death sentence into a manageable disease in much of the world, but He said he chose that gene because HIV remains a big problem in China.

But He’s claims have not been verified by outside scientists, and there are questions about how the work was conducted.

WHY IS MONDAY’S NEWS SO CONTROVERSIAL? 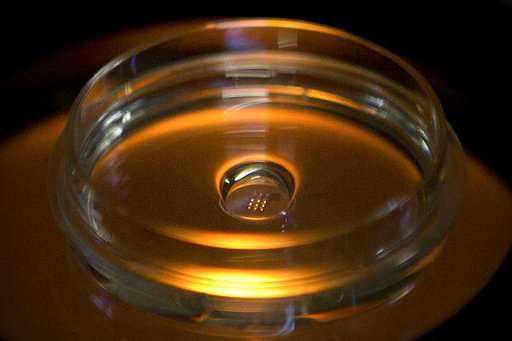 Altering genes in sperm, eggs or embryos means those changes can be passed down to future generations—people who would have no way to consent to those changes. Plus, long-term negative effects might not become apparent for years.

In 2017, the U.S. National Academies of Science, Engineering and Medicine said lab-only research to learn how to alter embryos is ethical—but said it’s not ready for pregnancies yet. The academy said if it is ever allowed, it should be reserved to treat or prevent serious diseases with no good alternatives.

That lab-only research is going on, by Mitalipov and others.

“If this goes unchallenged, other rogue actors will soon offer wealthy parents purported genetic enhancements for their children,” said Marcy Darnovsky of the Center for Genetics and Society.

WHAT HAPPENED TO THE BABIES?

No independent outsiders know yet, which is partly why scientists are so disturbed.

He, the Chinese researcher, said one twin had both copies of the intended gene altered while the other had just one altered. People with one copy of the mutation can still get HIV.

Scientists who reviewed his claims said the alterations aren’t an exact match to natural CCR5 mutations, and that a big question is whether the gene is altered in every cell. 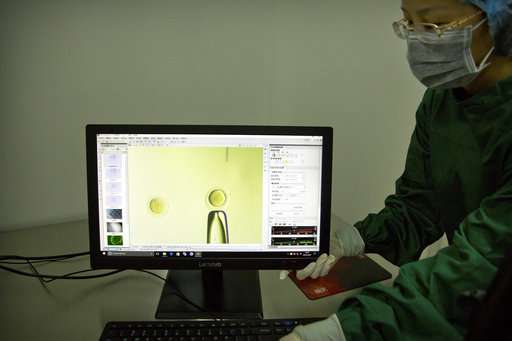 The particular method used is common in lab research but not precise or controlled enough for embryos, said Columbia University cell biologist Dietrich Egli, who called it “essentially genome vandalism.”

WHAT ARE THE DANGERS?

The biggest concern: That precision, or lack of it. Unintended mutations could harm health rather than help it.

IS GENE-EDITING FOR PREGNANCY LEGAL?

Where you live determines if, or what kind of, research can be performed on human embryos. In the U.S., scientists can perform laboratory embryo research only with private funding, not with federal taxpayer money. Any pregnancy attempt would require permission from the Food and Drug Administration, which is currently prohibited by Congress from even reviewing such a request—a de facto ban.

ARE THERE OTHER WAYS TO PREVENT INHERITED DISEASES?