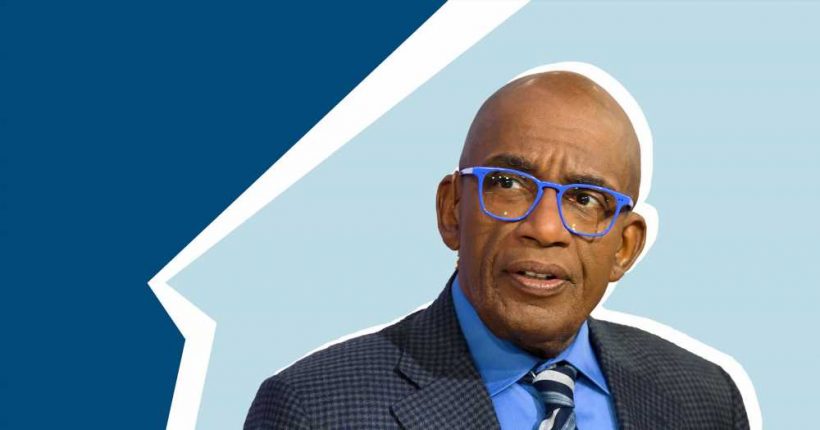 "It's a good news-bad news kind of thing," Roker said. "Good news is we caught it early. Not great news is that it's a little aggressive, so I'm going to be taking some time off to take care of this."

Roker's surgeon, Vincent Laudone, MD, who joined him on the show, explained why they're going ahead with surgery, which is scheduled for next week at Memorial Sloan Kettering Cancer Center in New York City. "Fortunately his cancer appears somewhat limited or confined to the prostate, but because it's more aggressive, we wanted to treat it, and after discussion regarding all of the different options—surgery, radiation, focal therapy—we settled on removing the prostate," Dr. Laudone said.

Roker's prostate cancer was detected when he attended a routine physical exam. His doctor discovered that he had an elevated prostate-specific antigen (PSA) in his bloodwork, which led to an MRI, then a biopsy, to confirm the diagnosis. Roker said he knew something was up when his doctor closed the door to his office and started the conversation—on September 29—by saying, "I always like to have these discussions face to face."

What are the symptoms of prostate cancer?

Prostate cancer is cancer of the prostate gland, and only in those who have male reproductive organs, according to the American Cancer Society (ACS). The prostate, which is located just below the bladder and in front of the rectum, makes some of the fluid that is part of semen.

Prostate cancer is often silent for years, with no early symptoms, Osei-Tutu Owusu, MD, a hematologist and oncologist at Cleveland Clinic Akron General's McDowell Cancer Institute, previously told Health. This is because the growing tumor doesn't push against anything to cause pain, explains the Prostate Cancer Foundation.

This is why prostate cancer screening (involving the PSA blood test or a rectal exam) is such an important tool. "The earlier you catch it, the easier it is to treat and eradicate," Dr. Owusu said.

When symptoms do present, they're typically related to urination, such as increased frequency of urination, an urgent need to urinate, waking up to pee several times during the night, taking a long time to pass all your urine, and blood in your urine. However, urinary symptoms don't necessarily mean you have cancer. Prostatitis or BPH (Benign Prostatic Hypertrophy, also known as enlargement of the prostate) are very common, benign diseases that cause similar symptoms.

How is prostate cancer treated—and what’s the survival rate of the disease?

The treatment for prostate cancer depends on a number of factors, including the age of the patient, their general health, and how advanced their cancer is. Standard treatment options include watchful waiting or active surveillance, surgery, radiation therapy, hormone therapy, and chemotherapy, according to the National Cancer Institute (NCI)

However, there's ongoing debate about what treatment is most effective. A 2016 study published in The New England Journal of Medicine was the first to compare active surveillance, surgery, and radiation in a group of 1,643 men whose PSA tests results were a little high. Each man was randomly assigned to one of the three treatments and followed for 10 years. Among all three groups, the death rate from prostate cancer was around 1%, which suggests that the likelihood of dying from prostate cancer was the same regardless of which treatment option men chose.

Why do more black men get prostate cancer?

Roker addressed the higher incidence of prostate cancer in Black men during his announcement on TODAY. "The problem for African American men is that any number of reasons from genetics to access to health care, and so we want to make it available and let people know they got to get checked," he said.

In a JAMA Oncology study published in May 2019, a team led by the Rogel Cancer Center at the University of Michigan analyzed data from more than 300,000 prostate cancer patients to try to figure out why. According to their data, Black men are more likely to be diagnosed with prostate cancer and nearly 2.5 times more likely to die of the disease than non-Hispanic white men.

"The data show that black men don't appear to intrinsically and biologically harbor more aggressive disease," the study co-senior author, Daniel Spratt, MD, said in a news release at the time.  But that "they generally get fewer PSA screenings, are more likely to be diagnosed with later stage cancer, are less likely to have health insurance, have less access to high-quality care and other disparities that can be linked to a lower overall socioeconomic status."

Dr. Spratt went on to add that “while our job is to treat cancer, we know that these other factors are in play, so as doctors we need to make sure we focus on the health of the entire patient and, as a society, on addressing racial inequities.” Still, more research needs to be done on the connection between black men and prostate cancer death and diagnosis rates.

As for Roker, he's keeping a positive attitude. "I don't want people thinking, 'Oh, poor Al,' you know, because I'm gonna be OK," he said. "You know what? If that's what it takes to get 2020 out, then let's just get it outta the way. Boom! Let's just finish it off. I'm ready. How about you?"