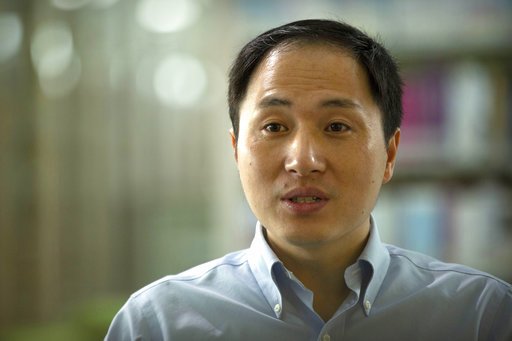 China’s government ordered a halt Thursday to work by a medical team that claimed to have helped make the world’s first gene-edited babies, as a group of leading scientists declared that it’s still too soon to try to make permanent changes to DNA that can be inherited by future generations.

Chinese Vice Minister of Science and Technology Xu Nanping told state broadcaster CCTV that his ministry is strongly opposed to the efforts that reportedly produced twin girls born earlier this month. Xu called the team’s actions illegal and unacceptable and said an investigation had been ordered, but made no mention of specific actions taken.

Researcher He Jiankui claims to have altered the DNA of the twins to try to make them resistant to infection with the AIDS virus. Mainstream scientists have condemned the experiment, and universities and government groups are investigating.

He’s experiment “crossed the line of morality and ethics adhered to by the academic community and was shocking and unacceptable,” Xu said.

A group of leading scientists gathered in Hong Kong this week for an international conference on gene editing, the ability to rewrite the code of life to try to correct or prevent diseases.

Although the science holds promise for helping people already born and studies testing that are underway, a statement issued Thursday by the 14-member conference leaders says it’s irresponsible to try it on eggs, sperm or embryos except in lab research because not enough is known yet about its risks or safety. 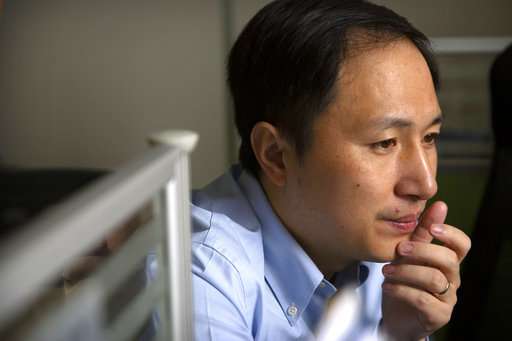 The conference was rocked by the Chinese researcher’s claim to have helped make the world’s first gene-edited babies. Conference leaders called for an independent investigation of the claim by He, who spoke to the group Wednesday as international criticism of his claim mounted.

There is no independent confirmation of what He says he did. He was scheduled to speak again at the conference on Thursday, but he left Hong Kong and through a spokesman sent a statement saying “I will remain in China, my home country, and cooperate fully with all inquiries about my work. My raw data will be made available for third party review.”

Several prominent scientists said the case showed a failure of the field to police itself and the need for stricter principles or regulations.

“It’s not unreasonable to expect the scientific community” to follow guidelines, said David Baltimore, a Nobel laureate from California Institute of Technology who led the panel. 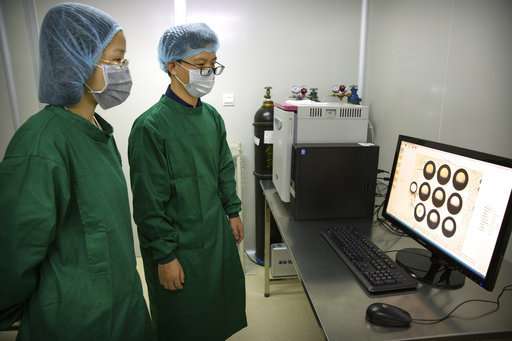 There already are some rules that should have prevented what He says he did, said Alta Charo, a University of Wisconsin lawyer and bioethicist and a conference organizer.

“I think the failure was his, not the scientific community,” Charo said.

Gene editing for reproductive purposes might be considered in the future “but only when there is compelling medical need,” with clear understanding of risks and benefits, and certain other conditions, said Dr. Victor Dzau, president of the U.S. National Academy of Medicine, one of the conference sponsors.

“Not following these guidelines would be an irresponsible act,” he added. 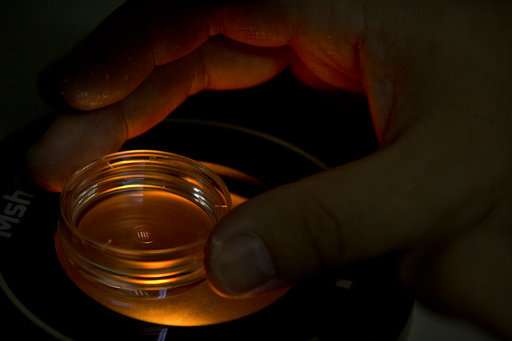 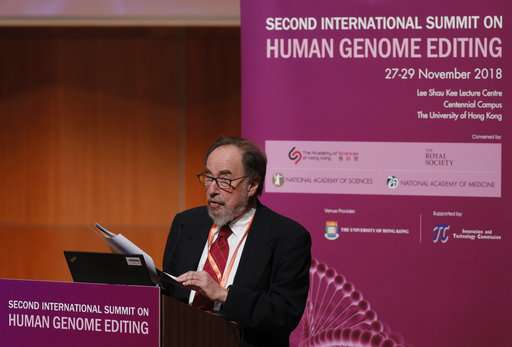