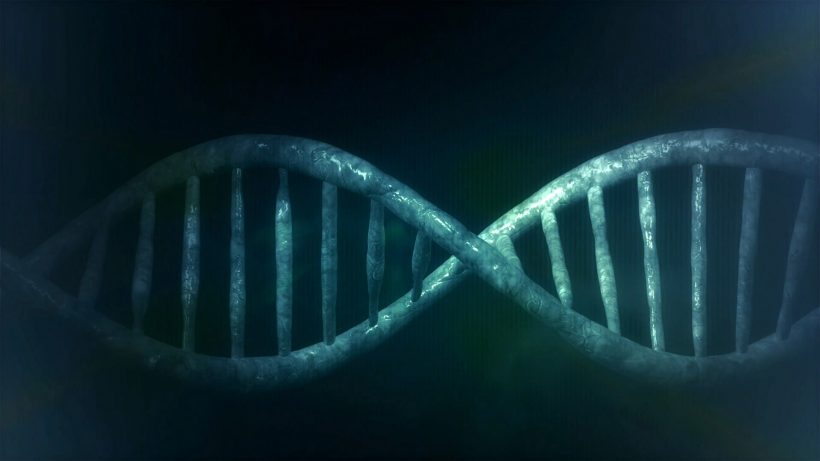 Gene therapy—there is a long road ahead to mainstream techniques and ensure that the technology is cost-effective.

Consider the following scenario: a young South African woman, whose mother developed breast cancer, wants to have a baby. But because breast cancer is often hereditary, the young woman gets tested for the pathogenic BRCA1 gene, a mutation that causes breast cancer. Her result is positive so the woman decides to have a baby via in vitro fertilisation (IVF) – a more precise way to control what the baby inherits.

After undergoing the process, a few embryos are created. Let’s imagine the male embryos aren’t viable, and that two female embryos are healthy. However, both female embryos test positive for the pathogenic BRCA1 gene. How does one eliminate the chances of developing breast cancer? One way is to edit the genome of the embryo.

Human genomes comprise the entire set of genes within an individual and encode a series of messages within the DNA sequence. A scientist, with molecular scissors, could chop and change the sequence to alter the message it relays. If this is done with this embryo, it may grow into a woman free from breast cancer and its consequences.

Germline editing—the process of changing the genetic code of an embryo—is no longer relegated to the pages of a 1970s science fiction novel. In 2017, a Chinese scientist, He Jankui, used genome-editing technology, CRISPR-Cas9, to produce twin girls (through IVF) that were naturally immunised against HIV. Jankui crippled the production of the protein CCR5, which HIV uses to drive an infection.

Germline editing has been widely criticised by scientists, including US scientist Jennifer Doudna, who helped develop the CRISPR-Cas9 gene editing technique. Molecular scientists and ethicists at Wits University are wholly against germ cell editing, and the misuse of powerful gene editing technology.

Professor Ames Dhai, Director of the Steve Biko Centre for Bioethics, says that the making of the so-called designer CRISPR babies could spell disaster for future generations and, indeed, this experimentation has been banned in many countries. “We don’t have enough information about the effects of germ cell gene editing. If you chop something out, we need to know what effect that has on other systems in the body,” says Dhai.

The use of CRISPR-Cas9 and other gene editing technology is powerful, however, if used to recode somatic cells—these being any cell in the body that are not gametes (sperm or egg), germ cells (cells that go on to become gametes), or stem cells. Dr. Stuart Ali, director of Precision Medicine for Africa, says somatic cell gene editing is particularly useful in targeting viral and bacterial infections, and doesn’t affect the human genome.

Research Professor at the Perinatal HIV Research Unit at Wits and President of the South African Medical Research Council, Glenda Gray, says that there could be a “serendipitous breakthrough” in curing HIV with gene editing technology, and that this could happen within the next decade at the current rate of scientific innovation.

AGTRU is currently researching a cure for hepatitis B, a contagious virus that wreaks havoc on the liver. The team uses CRISPR-Cas9 and TALENS gene editing technology to disable the virus. “We deliver the CRISPR-Cas9 system to the liver, hone in on the hepatitis B virus to deactivate the DNA, and halt the infection process,” says AGTRU Associate Professor Abdullah Ely. TALENS (Transcription Activator-Like Effector Nucleases), on the other hand, are enzymes that can be coded to cut DNA sequences, thus inactivating the hepatitis B virus.

Tuberculosis is another disease burden in South Africa. The bacteria that cause TB have a very thick cell wall, which prolongs the duration of treatment. “These cell walls are like thick armour capable of blocking the strongest of drugs,” says Professor Bavesh Kana, Director of the Centre of Excellence in Biomedical TB Research at Wits.

Gene editing technologies can weaken this cell wall. “Ultimately we’d like to inactivate the enzymes responsible for building the bedrock of the cell,” says Kana. He notes that TB treatment has come a long way in South Africa, with shortened treatment regimens and a better understanding of managing the effects of TB, such as reducing inflammation in damaged lung tissue.

Cancer is the toughest disease to treat with gene editing technology, notes Professor Paul Ruff, Head of Medical Oncology at Wits and the Charlotte Maxeke Johannesburg Academic Hospital. “There are so few cancers with a specific gene. In addition, cancer is very clever, outsmarting many attempts to cure it,” says Ruff.

Currently, the pillars of cancer treatment have been surgery, chemotherapy and radiation therapy. However, cancer research is advancing each year—a patient’s own immune cells can even now be engineered to treat cancer. “While modern immunotherapy [a component of the gene editing field] is an exciting field, it’s prohibitively expensive,” says Ruff.

The health budget is stretched in South Africa, and not enough is done to address the systemic injustices in the healthcare system, say Dhai and Kana. “The debate needs to be about how to provide universal and quality healthcare to everybody, not just to the 20% who can afford it,” says Dhai. “I am not saying we must halt science—I am saying we need to place social justice first.”

This is why AGTRU is pioneering accessible and affordable technology. “We need our work to serve everybody and to tailor what we do to ensure scalability,” says Ely. This will change the health landscape in South Africa. Gene therapy is able to treat a wide range of diseases previously thought untreatable.

“Our view is that the need for gene therapeutics is immense, particularly in a country like South Africa. The cost of living with HIV, for instance, needs to be assessed against that of a possibly expensive, yet single therapeutic cure. If gene technologies become mainstream, costs will be significantly reduced,” says Arbuthnot. “South Africa must prioritise this so we can reap the benefits of this very promising medical intervention. While not a panacea, gene therapy holds significant promise to combat intractable medical problems. We feel strongly that South Africa needs to invest in these promising technologies to gain maximum benefit rather than relying on researchers in the developed world.”

Wits University haematologist Professor Johnny Mahlangu is leading research set to revolutionise the treatment of haemophilia, a genetic blood disorder. Gene therapy for haemophilia offers a single administration of the therapeutic to potentially produce a lifelong cure and in so doing to overcome many of the shortcomings of traditional replacement therapy.