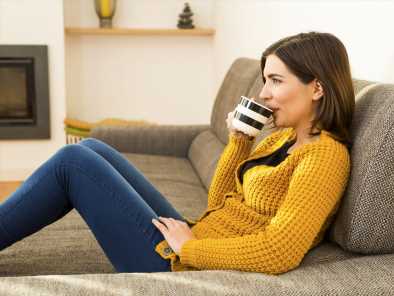 Who regularly drink tea, does so much Good for his health: A new study by the National University of Singapore showed that tea drinkers compared to Non-tea drinkers better organized brain structures.

In the case of persons who drank over a period of 25 years, at least four times per week, green tea, Oolong tea or black tea, were linked to individual regions of the brain more efficiently. This shows an analysis of imaging techniques and the cognitive performance of the study participants.

Prof. Feng Lei explained the result on the example of road traffic: "Consider the brain regions as destinations, and the Connections between brain regions are roads. If a road system is better organized, the movement of vehicles and passengers is more efficient and consumes less resources. In a similar way, the information processing can be performed more efficiently if the Connections between brain regions are better." The results provide Lei, according to a first evidence for a positive contribution of tea drinking to the brain structure.

In 2017, Feng was able to show his Team that the daily consumption of tea can reduce the risk of mental impairment in the elderly by 50 percent. This had led the researchers to investigate the direct effect of tea on the networks of the brain. For this, they studied 36 adults 60 years of age by magnetic resonance imaging (MRI), and collected data about your health, your lifestyle and your mental well-being.