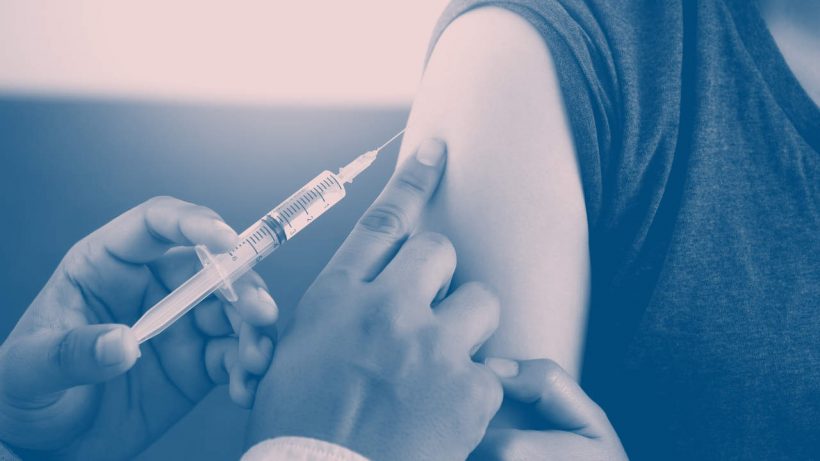 Most teenagers argue with their parents about things like staying out late or borrowing the car. But Ethan Lindenberger has other concerns. The 18-year-old and his parents disagree over whether Ethan should be vaccinated against serious contagious viruses like measles, mumps, chickenpox, polio—or any disease for that matter, since his parents are committed anti-vaxxers.

A few months ago, Lindenberger, who’s from Ohio, sought help on Reddit. “My parents think vaccines are some kind of government scheme,” he wrote in November. “But, because of their beliefs I’ve never been vaccinated for anything, god knows how I’m still alive.” Since Ethan was already 18, he was old enough to get the vaccines without their consent. He wanted to get vaccinated, yet he just wasn’t sure how.

He’s not the only teen with this problem. The anti-vaccination movement is gaining momentum, and teens are taking to the Internet to fact check their parents’ misguided beliefs. Many, like Lindenberger, have turned to Reddit for advice.

“As the child of anti-vaxxer parents, what vaccines should I get now as an adult?” one user wrote.

“I haven’t got vaccines since elementary school, Dad fell down the conspiracy theory rabbit hole, and my Mom agrees with him. Any and all advice is appreciated,” another user posted.

The Centers for Disease Control and Prevention (CDC) recently found that the percentage of children under 2 years old who haven’t received any vaccinations has quadrupled in the last 17 years, rising from .3% in 2001 to 1.3% in 2015. That might sound like a small number, but the trend has medical professionals worried. The World Health Organization (WHO) even named “vaccine hesitancy” one of the top threats to global health in 2019, among HIV and pathogens like Ebola.

The anti-vaxxing movement is fueled by widely debunked theories that immunizations can cause brain damage and even autism. Lidenberger told the Washington Post his mother fell into a web of misinformation online, and eventually decided none of her five youngest children would be vaccinated. (She had already vaccinated her oldest child and had started immunizations for her second oldest, she told Undark.)

Lindenberger tried to talk his mother, Jill Wheeler, into letting him and his younger siblings get vaccinated. He read up on the dangers of anti-vaxxing and even pulled up CDC studies on his phone at the dinner table, he told the Washington Post. But she wouldn’t budge.

Her son’s records indicate he was vaccinated for tetanus and hepatitis B when he was 2, but Wheeler told Undark he received the tetanus shot after he accidentally cut himself, and the other must be a paperwork mistake.

In December, Lindenberger went to an Ohio Department of Heath office in his hometown and got vaccinated for hepatitis A, hepatitis B, influenza, and HPV, according to the Washington Post. Wheeler told Undark her son’s decision to get vaccinated was a “a slap in the face.” She went on to comment, “It was like him spitting on me, saying, ‘You don’t know anything, I don’t trust you with anything. You don’t know what you’re talking about.'”

Ohio is one of 17 states that allow parents to opt out of required vaccines for philosophical reasons, and all but three states allow exemption because of religious beliefs, which more parents are taking advantage of.

Each year, the CDC sets a children’s vaccination schedule based on when kids are most likely to be at risk for a specific illness. The website states that before a child turns 2, she should get immunizations that will protect her from 14 vaccine-preventable diseases, including measles, mumps, rubella, chickenpox, polio, and influenza. The benefit of vaccination goes far beyond an individual child. It prevents an outbreak in the larger community, and it helps to protect those who have to bypass certain vaccinations for medical reasons.

Many cite the anti-vaxxing movement as the cause of recent infectious disease outbreaks across the country. Just two weeks ago, Washington state declared a public health emergency because of an ongoing outbreak of measles. Over 50 people have now been infected, mostly children between ages 1 and 10 who were never vaccinated.

Lindenberger has shared his story with multiple news outlets and has even gone on TV to inform people about all the anti-vaxxer misinformation circulating on the Internet. Children can’t afford to go unvaccinated, but because of false theories like the ones Lindenberger’s mother believes, many have to—and it puts them at serious risk.