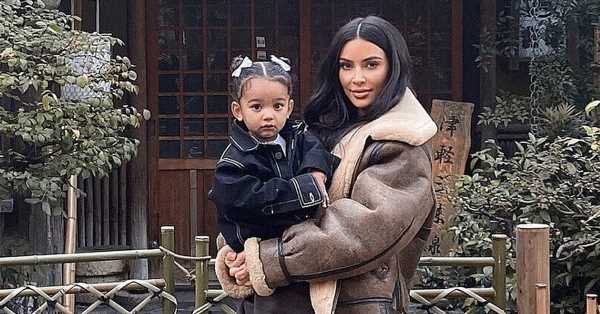 “The other day my daughter Chicago fell out of her high chair, cut her whole face, stitches, had to figure it all out,” the Keeping Up With the Kardashians star, 39, revealed during a Tuesday, February 4, Good Morning America appearance. “Stuff happens and you just gotta roll with it.”

The Selfish author opened up about her “chaotic” household, saying she keeps things under control with a strict schedule. “I’m very micromanaged,” the KKW Beauty creator explained. “I get up at 5:40, am in the gym by 6 and done by 7. They wake up, I get them at 7:05. Breakfast at 7:30, out the door by 7:55. Super micromanaged.” 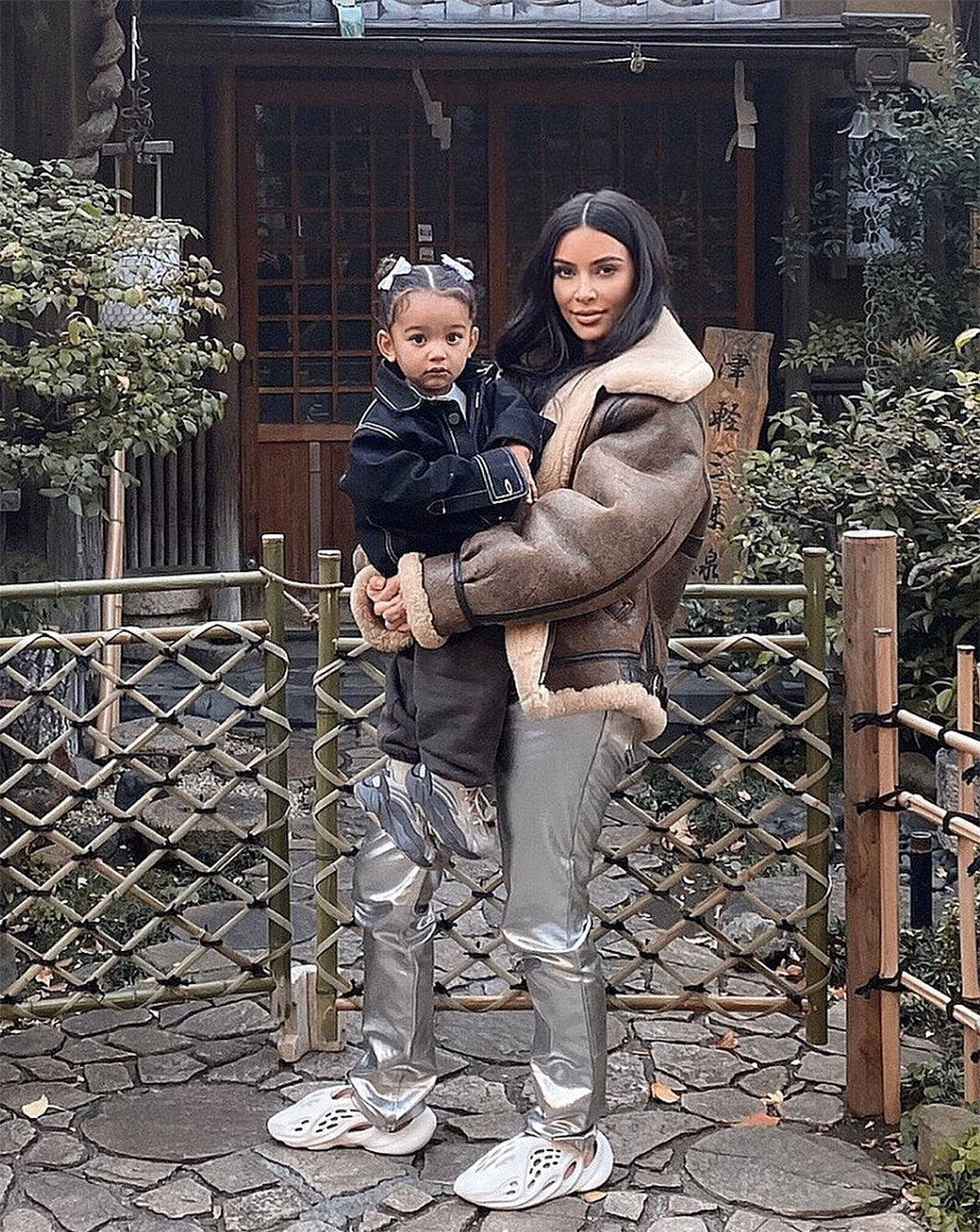 In December, the makeup mogul shared her secret to getting her brood to “respect” her and West’s home. “Their rooms are really festive and wild and everyone has a theme, and so I let them go crazy in their rooms and the playroom,” she told Ellen DeGeneres at the time. “So they respect it … everywhere else.”

That didn’t stop Chicago from writing on a table with a Sharpie, Kardashian admitted at the time. “I was freaking out at first and then Kanye came home and was like, ‘It makes it even better, it’s art! We’re gonna keep this forever!’” she told the Ellen DeGeneres Show host, 62. “I was like, ‘Uh, OK.’ I would’ve freaked out.”

She and the Grammy winner are “super involved parents,” a source told Us Weekly exclusively in April 2019. “They’re very hands-on and their kids come first.”

The insider added at the time: “Kim loves passing on Chicago’s hand-me-downs to members of her team or her friends. She does this a lot and has … with her older children, too. She’s very generous and not wasteful.”